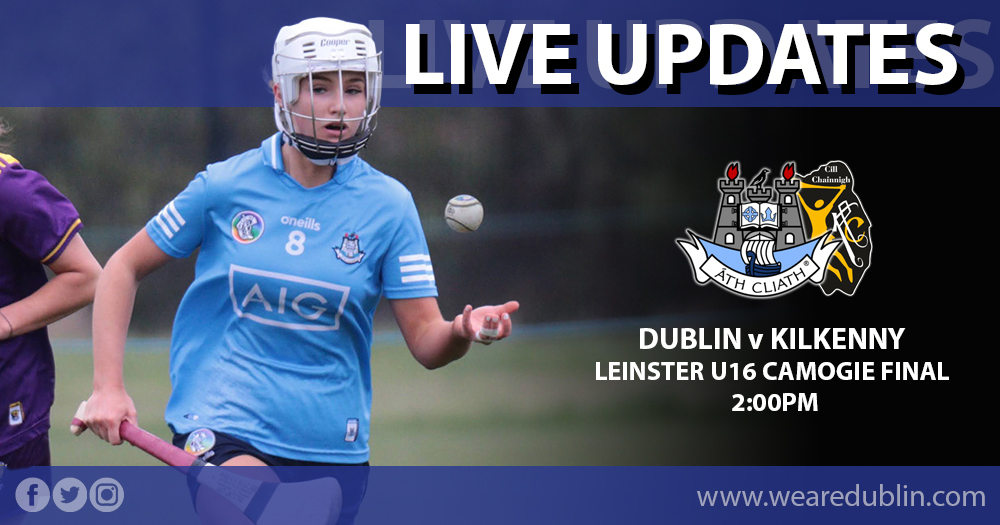 What better way to start May with a Leinster Camogie Final. That’s what lies ahead for Dublin’s U16 Camogie Panel as they make the one hour trip to Carlow’s Centre Of Excellence in Fenagh this afternoon. Their job? Secure a win over Kilkenny to capture the 2022 Leinster U16A title.

Niall Daly’s panel have had a mixed campaign, and have already faced this afternoon’s opponents. That was right at the beginning of this year’s competition and Dublin suffered a heavy defeat. Speaking to Nial Daly after that game the Dublin manager admitted he learned an awful lot from the proceedings, and would happily take that defeat on that day then be facing one today. And in his mind he was always working towards today’s fixture.

What shone through in Dublin’s 4-13 to 2-03 defeat against Kilkenny was the attitude and determination in the second half, And it’s that attitude that has helped them to a 2-08 to 0-06 victory over Offaly and their most recent 0-10 to 0-08 win over Wexford. And it’s the reason we’ll be in Fenagh this afternoon getting behind the girls.

We’ll be live from Fenagh later today, and we’ll keep you posted if you’re not traveling or can’t tune in to the game. Our Twitter Feed will be buzzing with Live Updates from the throw in at 2:00pm. Just head to www.twitter.com/wearedub to follow the action. Not on Twitter? Don’t worry, you can follow the feed below this post.