St. Vincents head for Carlow to face Oulart The Ballagh in search of a Leinster Senior Camogie Title today 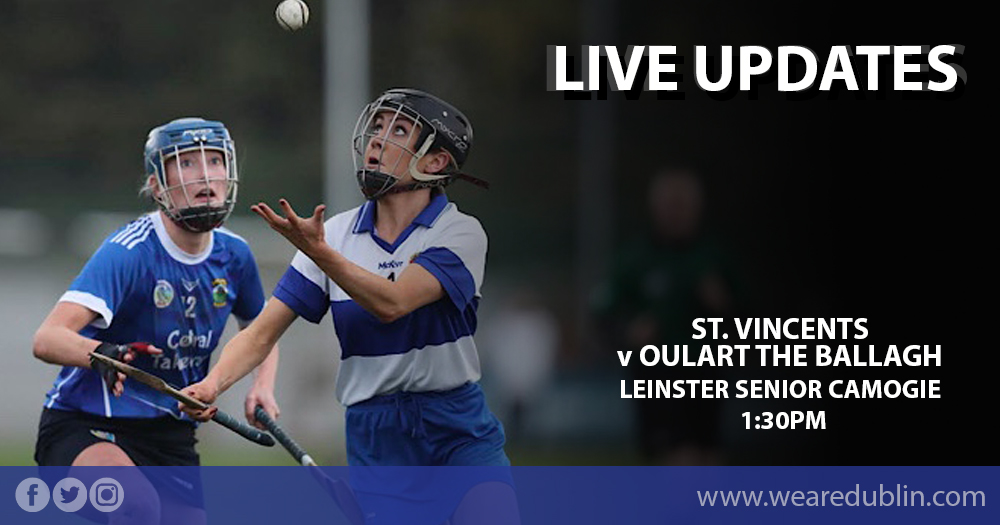 All roads lead to Carlow this afternoon as St. Vincents go after a provincial honour. Oulart The Ballagh stand in their way of a Leinster Crown that the Dublin Senior Camogie Champions will feel confident about.

Kilkenny Champions Thomastown were no match for the Marino side in last week’s Semi Final match up. Vincents sank five goals over the hour of Camogie to secure their Leinster final berth in a confident performance at Pairc Naomh Uinsionn. Aisling Maher recorded 2-09 with further green flags from Ali Maguire, Niamh Hetherton and Muireann Kelleher lifting Vincents into the ascendancy.

This afternoon is yet another challenge the county champions will take on, but based on their polished performances today at county and provincial level, we could be seeing the Leinster title return to Dublin at full time. Oulart themselves hit five goals in their 5-16 to 1-07 semi final victory over Birr last weekend. And the reigning Leinster champions will make it difficult for Vincents to dethrone them. This has the makings of a titanic encounter.

We’ll be live from SETU Carlow later today, and we’ll keep you posted if you’re not traveling to the game. Our Twitter Feed will be filled with Live Updates from the throw in at 1:30pm. Just head to www.twitter.com/wearedub to follow the action. Not on Twitter? Don’t worry, you can follow the feed below this post.