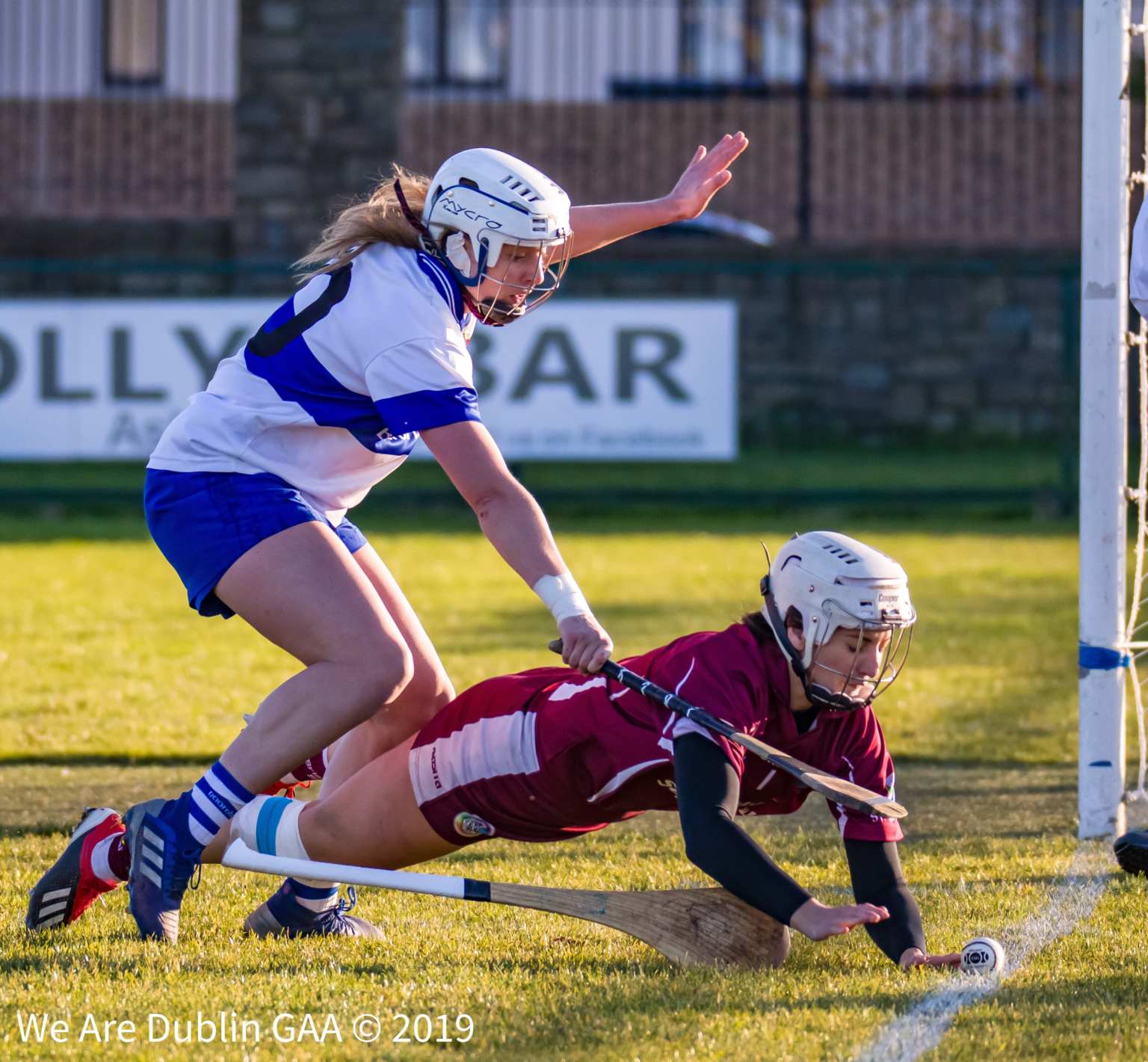 Wexford side St Martins led by two points at halftime but suffered a blow midway through the second half when defender Martin Barrett was sent off on a second yellow card.

Dublin club champions St Vincents took advantage of their numerical advantage and took the lead for the first time in the final with 11 minutes left on the clock.

But in what was an evenly contested game throughout between two evenly matched teams, St Martins battled back to draw level and missed two late chances to snatch victory, so the sides will have to do it all again next weekend with the venue and throw-in time for the replay to be announced in the next few days.

St Martins drew first blood in the opening minute of the game with a well struck free from Chloe Fox for the opening point.

The sides were quickly level thanks to a fine point from play from Aisling Maher. On what was a crisp cold day in the Meath venue spectators from both sides were kept warm by the the non stop and full blooded action both teams were serving up on the pitch.

But it was St Martins who hit a red-hot scoring spree out scoring Vincents by five points to one between the 4th and 20th minute.

Points from play from Linda Bolger, Sarah O’Connor and Emma Codd and a converted 45’ and free from Chloe Fox put the Wexford side in a commanding position with ten minutes to the half time break.

With just a solitary reply from the Dublin Camogie club champions from an Ali Maguire free, St Vincents were in danger of letting the game slip away from them. 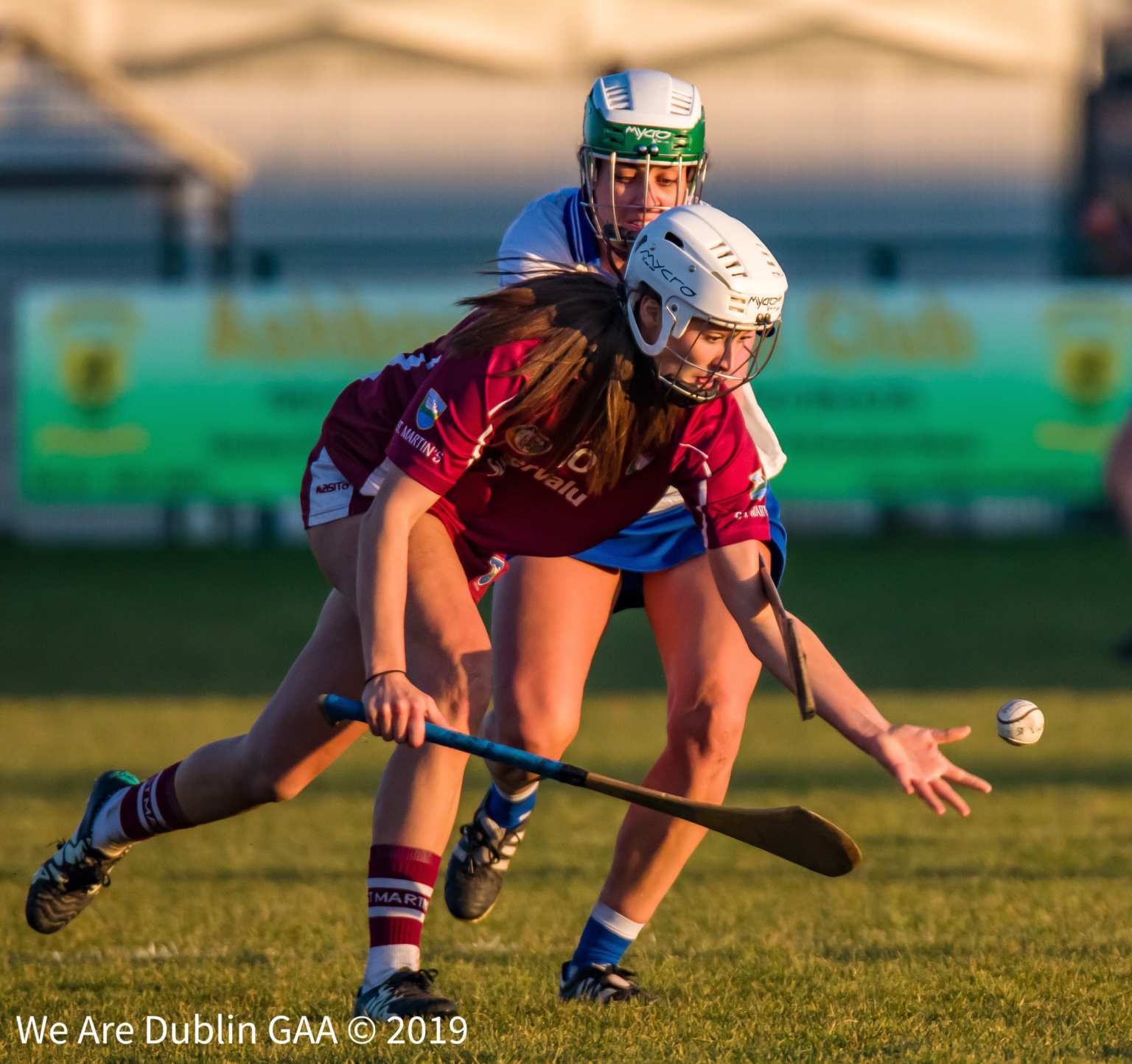 But they finished the half on the up and three more successful frees from Maguire and just the one converted free in response from St Martins Chloe Fox left just two points between the teams as the half time whistle sounded with the score 0-07 to 0-05 in favour of St Martins.

That lead was stretched to three in the opening minute of the second period with an excellent effort from midfielder Amy Cardiff.

With both defences on top in the early second half exchanges the next score didn’t arrive till the 40th minute and once again it was St Vincents dead-ball sharpshooter Ali Maguire who obliged.

Then came a blow for St Martins, corner back Mary Barrett was yellow carded in the closing stages of the first half and she received a second yellow in the 45th minute and subsequent red card and the Wexford outfit were down to 14.

St Vincents took full advantage and three more converted frees from Maguire gave the side from Marino the lead for the first time in this Leinster Senior Camogie Club championship final with 11 minutes of normal time left to play.

Despite their numerical disadvantage St Martins rallied and drew level just a minute later with an excellent point from play from the ever busy Chloe Fox.

Another successful free attempt in the 52nd minute from Ali Maguire put Vinnies back in front but it was short lived as half forward Sarah O’Connor split the posts to once again tie up the game with six minutes left to play.

St Martins had two late efforts to snatch the victory but shots from Chloe Fox and Sarah O’Connor just missed the target and with neither side deserving to lose this one it fittingly ended in a draw and the teams head to a replay next weekend.