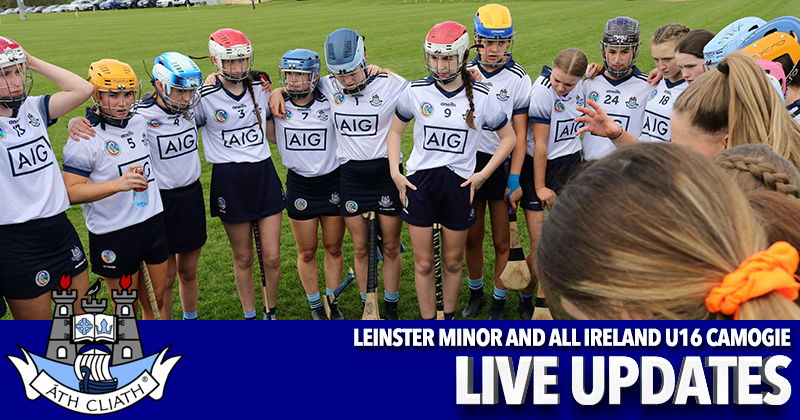 A huge afternoon of camogie action is in store today at Round Towers, Clondalkin. Dublin’s Minor Camogie Panel will face Galway in the Leinster Championship, while later the U16’s face Wexford in Round 2 of their All Ireland Championship.

Last year’s Leinster Shield winners Dublin start their provincial journey in a refixed game this afternoon against Wexford. Wexford were responsible for sending Dublin into the shield competition last year, beating them in the Leinster Semi Finals by 2-12 to 1-08.

Under the management of Pat Martin, Ollie Coffey and Mick Ward, the Minors will play three round games, against Wexford, Kilkenny and Offaly before the knockouts. And they’ll be hoping for some retribution this afternoon against their provincial rivals.

At 2:30pm Dublin’s U16’s continue their All Ireland journey welcoming Galway to home soil. Jonny Jackson’s panel got off to the perfect start last week, beating Clare by 3-18 to 1-06 in Round 1. Galway also got off to a winning start last weekend in a 6-15 to 1-12 victory over Wexford.

Today’s game could decide the group as Dublin and Galway lead the table as the strongest pair.

We’ll be live from the first throw in at 12:30pm in Round Towers, with score by score updates from both games on www.twitter.com/wearedub. And you can find all the post match reports and analysis from the game right here and on www.facebook.com/wearedub.