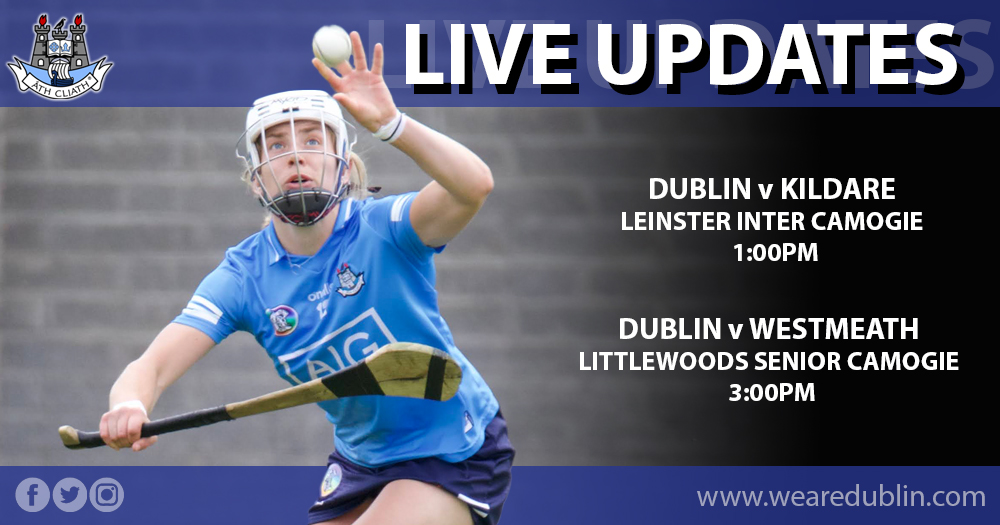 The Leinster action comes thick and fast throughout the day today. As many as five Championship games will be decided from noon right up to later tonight. And two of those games for a double header of action at the National Sports Campus in Abbottstown. We’ll be there to cover it all from the first throw in.

Jimmy Greville’s Intermediate Camogie panel have chalked up their first Championship already in this competition. Siobhan Kehoe inspiring her team to a 2-15 to 4-05 win over Carlow last weekend seding them into today’s Semi Final.

Dublin lead by 0-08 to 2-00 at half time and despite conceding another 2 goals to Carlow after that break, scored 2 of their own to keep the momentum on their side. They’re now only one step away from a Leinster Final as they welcome Kildare to Abbottstown this afternoon.

Greville has named his side for this afternoon’s exchanges, keeping goal scorer Kehoe in reserve.

With Adrian O’Sullivan being in his second year in charge of the Dublin Senior Camogie Panel, you can definitely see a positive progression in the team’s performances. And despite losing to Galway and Tipperary in this year’s Littlewoods Camogie League, Dublin played with a different intensity that we all hope they carry into this year’s Championship.

Westmeath will pose a strong task for Dublin this afternoon, but there’s a Leinster Final place at stake for both sides and we expect this game to be tough from the throw in.

The Dublin manager names as many as six players to make their first championship start this afternoon proving the strength in depth he now has in his ranks.

We’ll be live from Abbottstown later today, and we’ll keep you posted if you’re not traveling or can’t tune in to the games. Our Twitter Feed will be buzzing with Live Updates from the first throw in at 1:00pm. Just head to www.twitter.com/wearedub to follow the action. Not on Twitter? Don’t worry, you can follow the feed below this post.