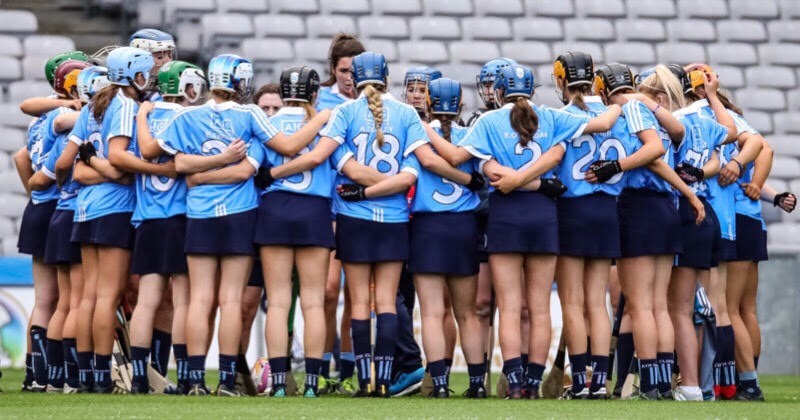 It took a late deflected goal from Holly Tynan to give Kildare victory over Dublin in the Leinster Intermediate Camogie quarter Final yesterday afternoon in St Conleth’s Park.

Dublin took to the field for the first time under new manager Dave Dunning and gave a great accountnof themselves and were leading the tie going into the last minute until Kildare’s stroke of good luck.

It was a tight game throughout and it took ten minutes for the first score of the contest a point from Kildare. Dublin’s response was emphatic as Siofra Walsh buried the ball to the back of the net.

Five minutes later and Dublin almost grabbed their second goal when Aoife Whelan’s clever volley just cleared the crossbar, it could have very easily ended up in the net.

Dublin went four points clear with a point from Emma Johnson but although the Dubs continued to make chances they couldn’t add to their tally and Kildare punished them with 1-01 before the break to leave the sides level at half time at 1-02 apiece.

Four minutes into the second half and Kildare edged in front by a point. Both sides then missed a pair of free attempts each before Emma Johnson brought the sides level with her first free attempt of the game.

Back came Kildare with two converted frees of their own to leave just the bare minimum between the teams with the game in the final minute.

Then came the pivotal moment, an excellent penetrating move from the Lilywhites and Holly Tynan’s shot went into the net via deflection to put Kildare in front by 2.

A further point in injury extended the lead to three and the whistle sounded shortly afterwards to confirm the win for Kildare.

Dublin although disappointed with the result will be very happy with the performance considering Dave Dunning only took over a manager during the week and the assembled squad had just one session with their new mangager leading up to the game.

Emma Johson and Siofra Walsh stood out among the forwards and Dublin had four players making the adult debuts with the above mentioned Jody Couch starting, her twin sister Gaby coming on in the 47th minute, Chole O’Connor in the 59th and Meagan Carroll coming on in the 60th.

Dublin will have taken pride in what was an excellent performance considering the limited time together and the squad now look to prepare for the All Ireland Championship towards the end of June.

SEVEN OF THE BEST FROM DUBLIN AS THEY REACH LEINSTER FINAL