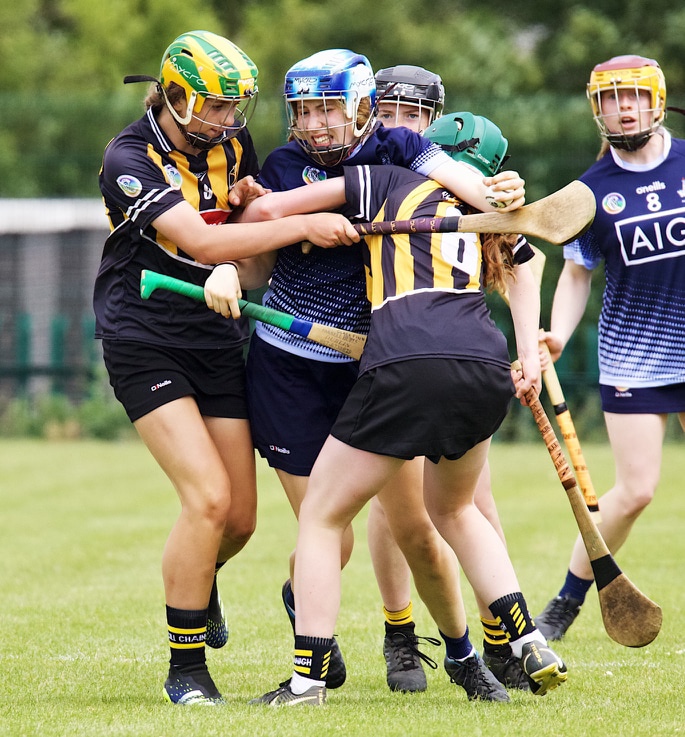 Murtagh and Ronan scored over half of Kilkenny’s total today as the two forwards ran the Dublin backline ragged in John Locke Park.

The young Dubs started the game in nervous fashion and allowed Kilkenny to establish an early four point lead with points from Lauren Ronan (2), Rose Kelly and Amy Cody.

A goal from half forward Kerri Austin in the 11th minute settled the Dublin nerves, but Murtagh replied five minutes later with Kilkenny’s opening goal to reestablish their four point advantage.

Dublin responded immediately and scored their second goal, this time it was Kate Watson who was on hand to rattle the back of the net and once again there was just a point between the teams.

A point from Kilkenny half-forward Ava Brett extended the lead to two, but points from Dublin midfielder Clara Finn and half-forward Kerri Austin tied the game with five minutes to go to half-time.

Kilkenny though finished the half on the front foot and points from Caoimhe Keher Murtagh, Lauren Ronan from a free and Rachel Dowling gave Kilkenny a three point lead at the break with the score 1-08 to 2-02.

Niall Daly’s Dublin side had their best spell of the game in the third quarter, unfortunately they couldn’t turn that dominant spell of possession into scores and were left to rue a number of wides before the second half water break.

Kilkenny extended their lead to five with points from Rachel Dowling and Lauren Ronan, two points either side of the water break from Clara Finn put just a goal between the teams with eight minutes left on the clock.

The two main Kilkenny forwards on the day though finished the game with the vital scores to wrap up the win, Lauren Ronan grabbed her fifth point of game in the 55th minute and the victory was all but secured a minute later when Caoimhe Keher Murtagh finished to the net.

Dublin tried desperately to get the goals they needed to draw the game level but never got the bounce of the ball their way against a resolute Kilkenny defence and had to be content with the final score of the game, a point from Clara Finn.

Niall Daly’s side head into the All Ireland quarter-finals next weekend with some work to do on the training ground in the coming week after today’s result.