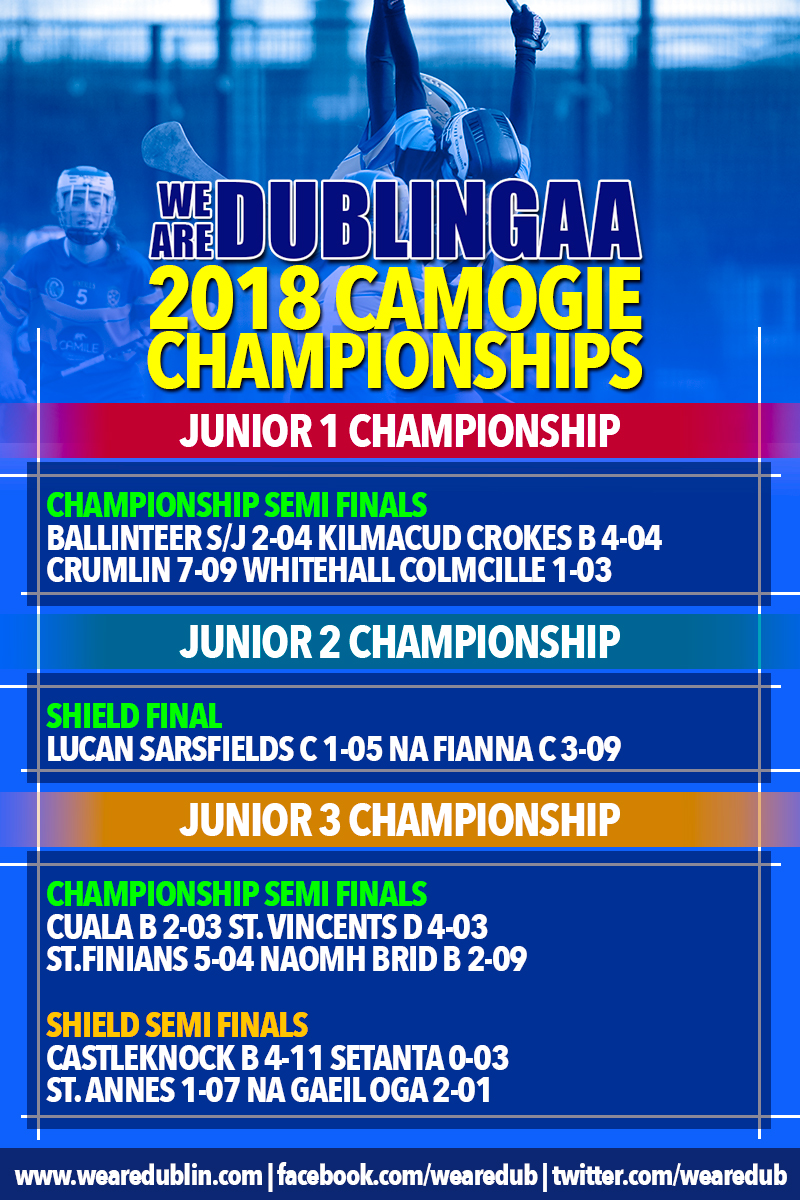 Well we can safely say we’re still catching our breath after an absolutely amazing afternoon of Camogie in St. Peregrines in Blakestown. About a thousand spectators turned up to watch both the Junior 2 and Senior 1 Camogie Championship Finals. And they definitely didn’t leave disappointed. We would like to extend our congratulations to both Naomh Judes side who left as Junior 2 and Senior 1 Champions yesterday. This was an unbelievable achievement for the club and we hope the celebrations continued late into last night.

But while the fans enjoyed the two featured games yesterday, we simply can’f for get that there was plenty of action across the four Junior Championships. So let get you all the information you need.

But Crokes turned up to upset the competition and ran out winners by 4-04 to 2-04. Crumlin had home advantage over a strong Whitehall side, but were just to strong, scoring seven goals yesterday, easily securing their slot. You can guaranteed that despite yesterday’s results, and the round game between these two finalists, the closing fixture of the competition will be a close call.

The girls from Mobhi Road took a little bit of silverware back to the club yesterday, beating Lucan Sarsfields to clinch the 2018 Junior 2 Shield title. Na Fianna had picked up one win from three in their Group 1 campaign, with Lucan not registering a win in their two games in Group 2. But Na Fianna travelled to Lucan and brought their A game, winning 3-09 to 1-05.

St. Vincents came away from Cuala yesterday with a six point win to secure a place in this year’s Junior 3 Championship Final. Only beaten by Castleknock in the Group 1 competition, Vincents finished behind Finians on score difference. On paper Cuala, who had gone four from four in their Group 2 competition, would have been favourites yesterday. But Vincents put a stop to their unbeaten run to advance.

St. Finians finished four clear of Naomh Brid yesterday on a score of 5-04 to 2-09. Brigids had dropped points to Cuala in Round 4 but Finians would be a different task altogether.

So our finalists have already on the opening day of the championship, and back then St. Vincents were convincing 3-15 to 2-05 winners. I’m sure they’ll be hoping lightening will strike twice in the final.

This year’s Junior 3 Shield final will be contested by Castleknock and St. Anne’s who both secured victory in yesterday’s Semi Finals.

Castleknock held Setanta to 0-03 for the game, scoring 4-11 themselves to win comfortably. While in the other Semi Final, St. Annes ran a little closer but got the win over Na Gaeil Oga on a score of 1-07 to 2-01. 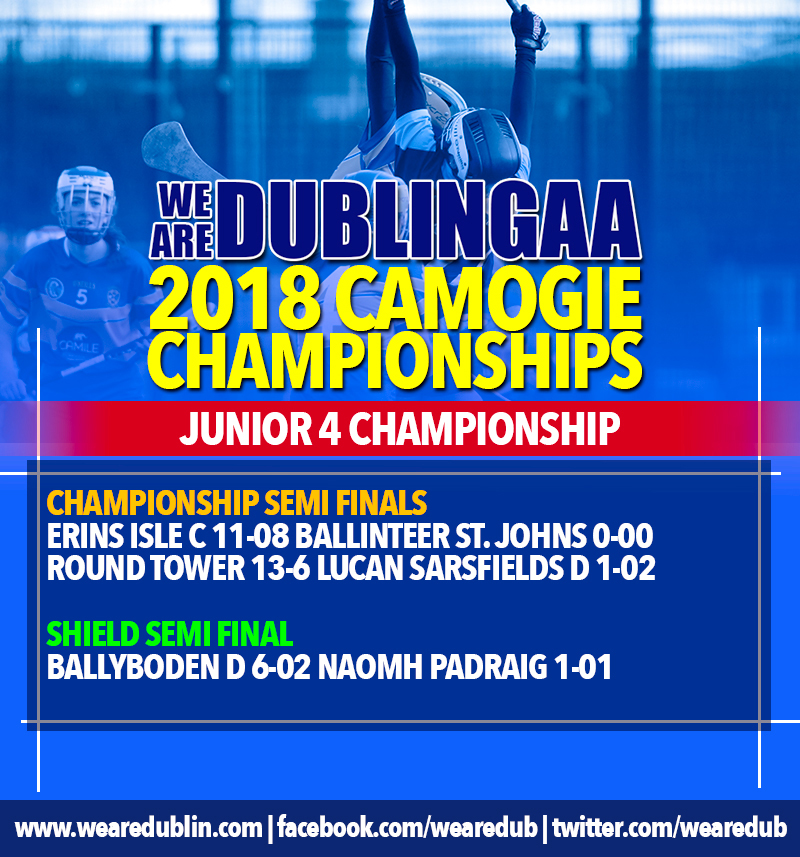 Emphatic wins for both Erins Isle and Round Tower Clondalkin yesterday means they’ll be facing each other in this year’s Junior 4 Championship Final. Isle’s had beaten Wild Geese, Ballyboden and Lucan to reach yesterday’s Semi Final. Likewise Round Tower had beaten Na Fianna, Naomh Padraig and Ballinteer. And with two massive scores, there was never a doubt who would be contesting the final.

A 6-02 to 1-01 got Ballyboden over the line yesterday and they book a slot on the Shield Final this year. With Wild Geese conceding in the Group table, that game Ballyboden their only win in the rounds. but the put up a great contest against Naomh Padraig yesterday to get another game under their belts and the chance of a Shield to take back to the club.