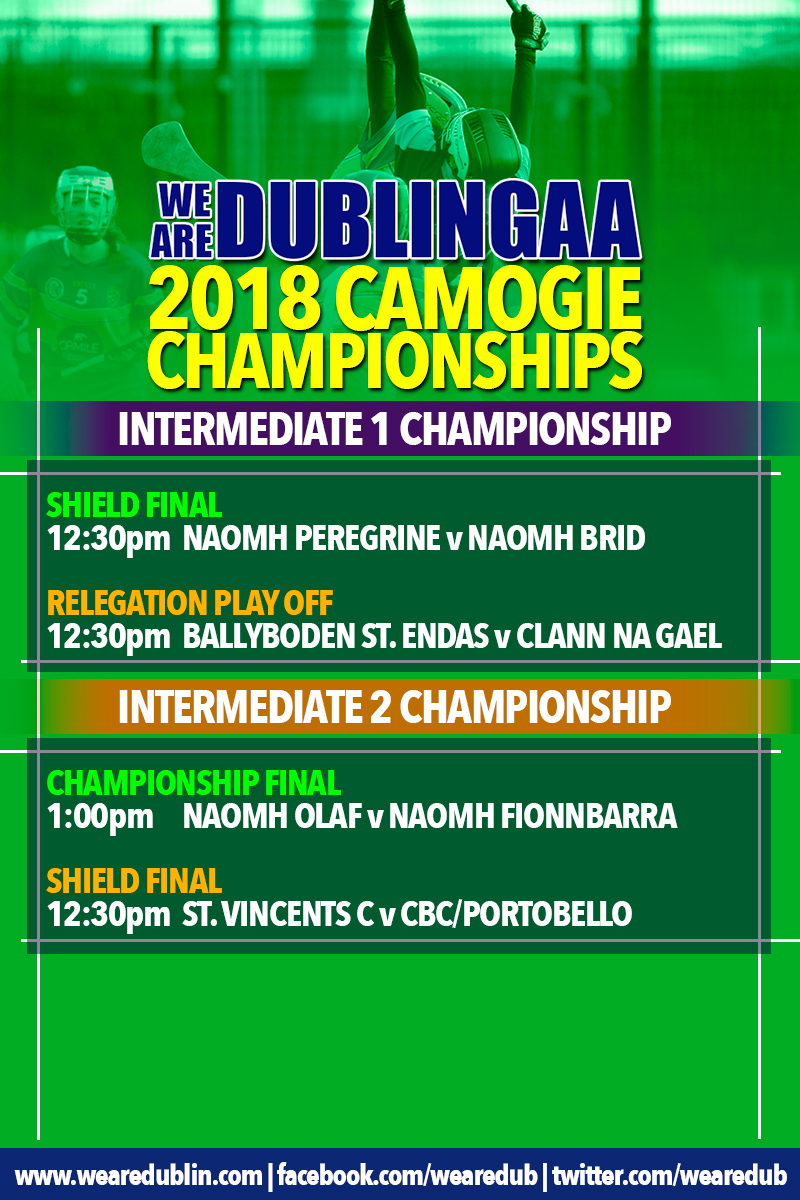 But there are nine more championship games to bring you details of, including another Championship Final that will take place in Abbotstown.

With the winners of the Intermediate already decided a couple of weeks ago, there is the still the matter of the Shield Final and the relegation playoff to be decided. Naomh Peregrine and Naomh Jude will be contesting the Shield Final at 12:30pm tomorrow afternoon. At the same time Ballyboden St. Endas and Clann Na Gael will fight to stay in the Inter 1 Grade for another year.

It’s a massive day for Naomh Olaf and Naomh Fionnbarra who will battle it out for the honour of becoming this year’s Intermediate 2 Champions. A 5-11 to 1-01 win for Olafs over St. Vincents C secured their spot in the final, while Finbarrs snatched a victory over CBC/Portobello by 0-01 to reach a long awaited Championship final. And at 1:00pm tomorrow afternoon the National Sports Campus in Abbotstown will host this game. If you’re around the area make sure to get over and see what will be a fantastic game of Camogie. And don’t forget this game is the curtain raiser for the Senior 2 final between Faughs/Celtic and Kilmacud Crokes at 3:00pm

The action is not quite over yet for the two beaten semi finalists in the Inter 2 grade. CBC/Portobello and St. Vincents C can grab some pride and take home the Inter 2 Shield when they square off against each other tomorrow afternoon. There’s a 12:30pm throw down for this game. 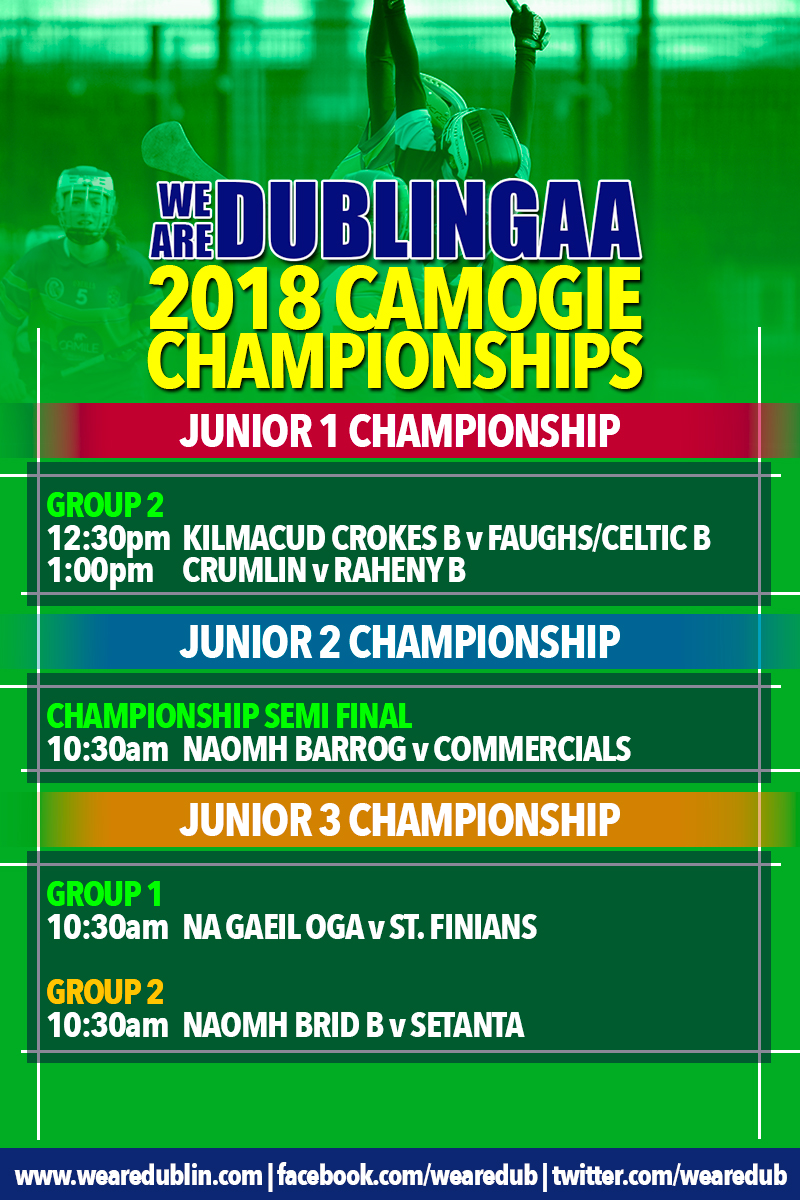 We’re down to the final round in Group 2 of this competition with two games scheduled for tomorrow afternoon. Kilmacud Crokes B and Faughs/Celtic B can still get to the knockout competition with a win tomorrow. But there can only be one winner. Meanwhile table toppers Crumlin welcome Raheny B for their final round game and should finish in pole position

There’s a Championship Final slot up for grabs tomorrow as Naomh Barrog and Commercials go at it in the morning in the competitions Semi Finals. Commercials finished behind Naomh Jude B in Group 1, and Naomh Barrog topping Group 2. They’ll throw in nice and early at 10:30am.

The last two Round 5 games will see the end of both the Group 1 and 2 phases tomorrow, with the knockout stages coming thick and fast. In Group 1 Na Gaeil Oga and St. Finians look to end the phase on a high. Naomh Brid B and Setanta close off Group 2, before Brids meet St. Annes (tbc) for a rescheduled Round 3 game.

And that’s all the details. Don’t forget to stay tuned tomorrow for all the results from the Senior, Intermediate and Junior Championships.