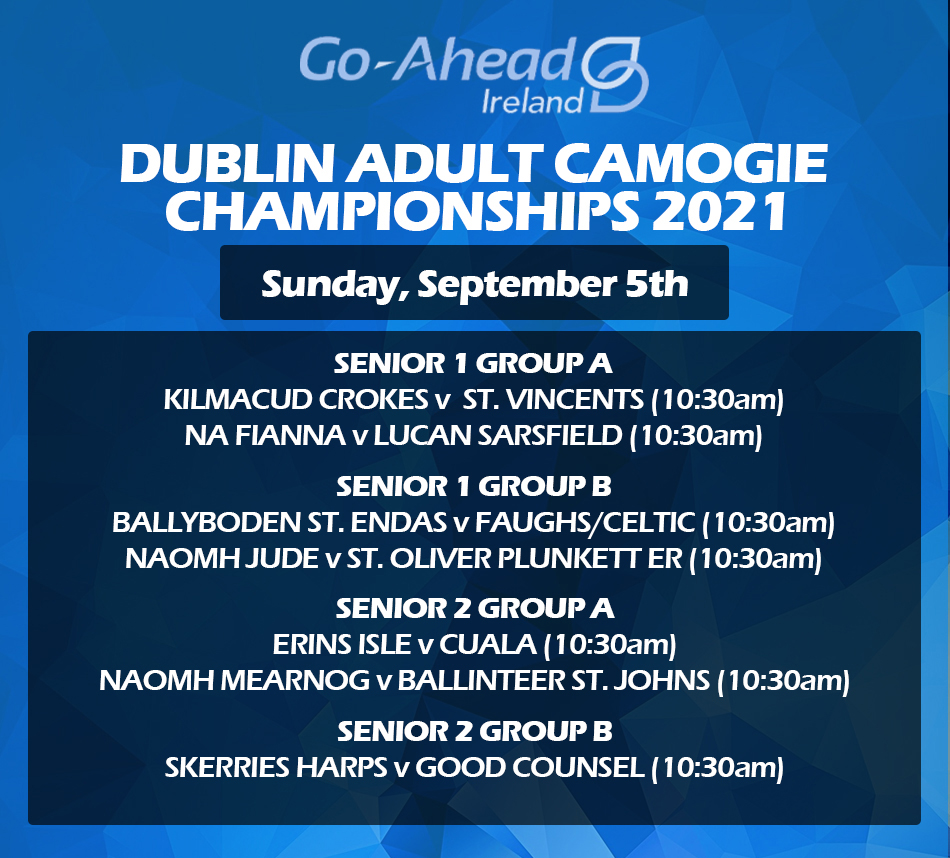 We’ve been treated to 2 weeks of action so far in the Go Ahead Ireland Dublin Adult Camogie Championships so far. And if anything the Inter and Junior competitions have served as incredible curtain raisers for tomorrow morning as the Senior grades of the championship get up and running.

From tomorrow morning until September 26th, four groups contesting the Senior 1 and Senior 2 Camogie Championship will compete in the Round Robin phase of both competitions before the successful teams challenge in the knock out stages of the competition. So for the opening rounds, here’s all you need to know.

Last year’s beaten finalists St. Vincents are once again paired in Group A with Kilmacud Crokes. And Crokes and Vincents will start this year’s competition squaring off against each other. The sides faced each other in Round 3 last year with Vincents coming out on the winning end of a 1-15 to 1-10 scoreline. The Marino side will be disappointed not to capture the silverware last year, and Crokes will want to improve on their Shield win.

Na Fianna missed out on the Championship knocks out last year and were beaten Shield Semi Finalists. So they’ll be looking to improve this season. They start their campaign against Lucan Sarsfield, who lost in last year’s Semi Finals to eventual winners Naomh Jude.

In Group B Ballyboden St. Endas will face Faughs/Celtic in Round 1. Boden were runners up in Group 2 last year, but were well beaten by St. Vincents in the Championship Semi Final. Faughs go again in Senior 1 and will look to build in the grade.

Last year’s Inter 1 Champions Erins Isle will begin their Senior 2 journey against last years beaten Senior 2 finalists Cuala. Isles went three for three in last year’s Round Robin, and followed that with solid performances over Na Fianna B and Naomh Peregrine to claim the Inter 1 title and promotion. Cuala will certainly be a driving force again in the Senior 2 campaign and will be up for Isle’s challenge.

In Group B Skerries Harps will take on Good Counsel in the opening round. Skerries reached last year’s Championship Semi Finals, but were beaten by Cuala in that duel. Good Counsel ended their championship last year losing to Castleknock in the Shield Semi Final so wil be looking to build this season.