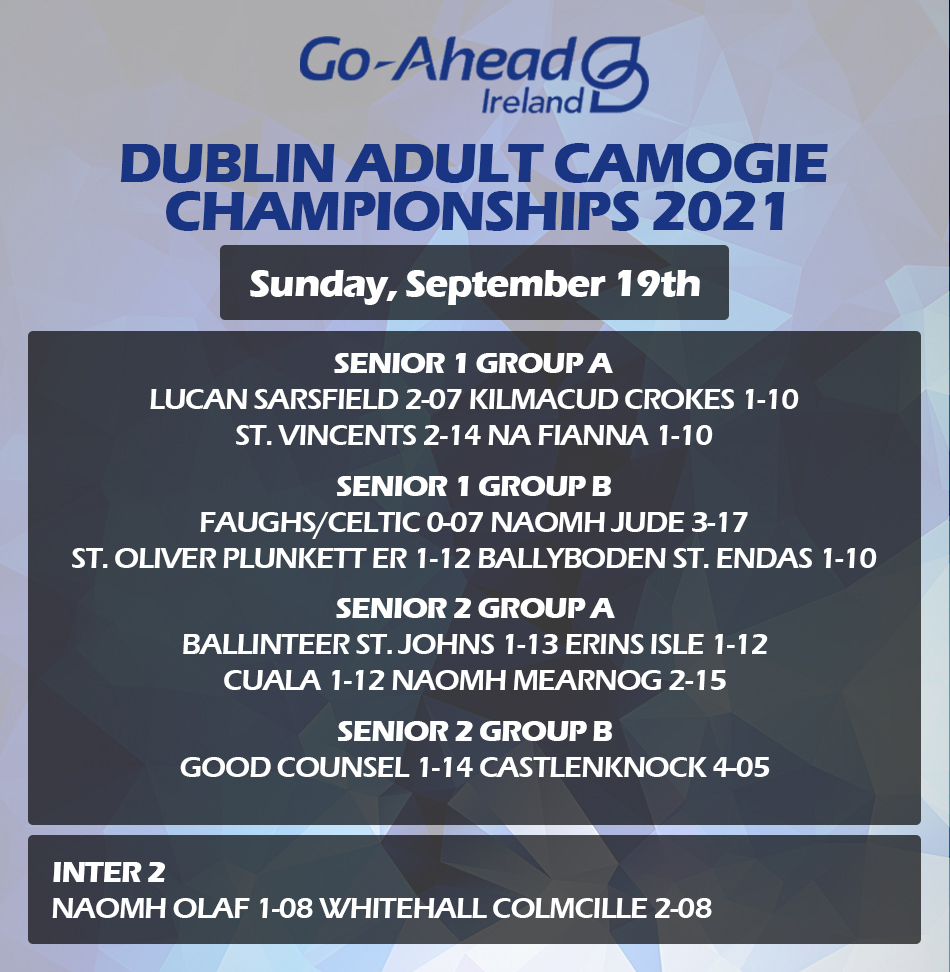 Well that’s Round 2 completed in this year’s Go Ahead Dublin Senior Camogie Championship. And things get a little clearer in the mix for the knock outs in the competition. Ahead of Round 3 here are today’s results and standings

Two for two for Group leaders St. Vincents as they recorded a 2-14 to 1-10 victory over Na Fianna this morning. And they’ll face a more than frustrated Lucan Sarsfield in the final round.

Lucan drew their opening game against Na Fianna 2 weeks ago and this morning is was deadlock again as they played out a 2-07 to 1-10 draw against Kilmacud Crokes. It leaves Crokes and Na Fianna battling it out in the final round next weekend.

Naomh Jude secured a 3-17 to 0-07 win over Faughs/Celtic in their second round clash. That combined with their win in the opening St Oliver Plunkett Eoghan Ruadh sees them top Group B ahead of their final round game against Ballyboden St. Endas.

Ballyboden lost by two scores this morning on their away trip to Plunketts. SOPER were 1-12 to 1-10 winners and welcome Faughs/Celtic next weekend still in the hunt for a knockout slot.

A 2-15 to 1-12 win for Naomh Mearnog over Cuala sees Mearnog top Group A before they welcome Erins Isle in the final round. Isles will be disappointed after losing to Ballinteer St. Johns by a single score this morning on a 1-13 to 1-12 scoreline. That leaves them with an uphill challenge against Mearnogs next week.

Ballinteer and Cuala face each other in the final round next weekend.

Good Counsel and Castleknock finished their ROund 2 game tied at 1-14 to 4-05 this morning. it leaves Counsel on top of the Group table as they enter their bye week. Castleknock face Skerries Harps in the final round, with both sides hoping ton secure a win and qualify for the knockouts.

It’s four wins from four games now for Whitehall Colmcille in the Inter 2 Championship. A 2-08 to 1-08 victory over Naomh Olaf this afternoon sees them well ahead in the table before their fifth round bye.

And that’s a wrap for this weekend. Stay tuned this week as we round up some back matches ahead of big weekend of Adult Camogie Championship action.