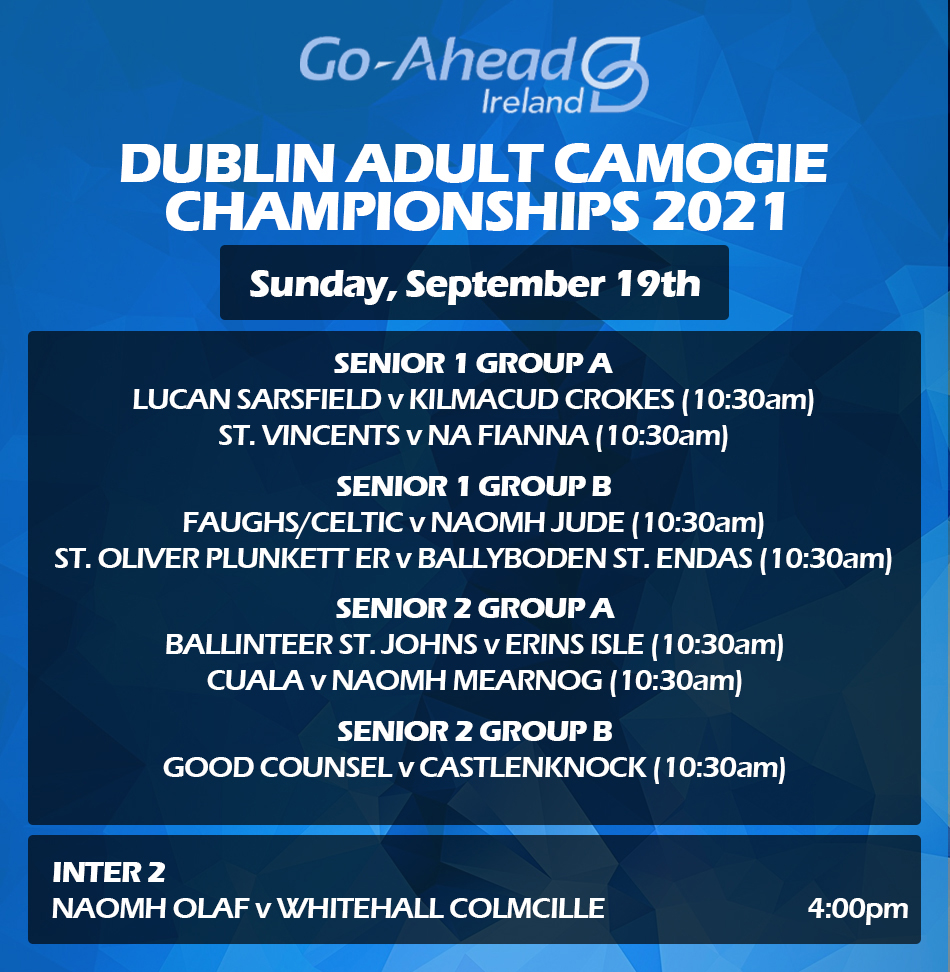 After an interesting opening round 2 weeks ago, the action ramps up tomorrow morning as the Dublin Senior Camogie Championship hits the second session. And as always there some interesting match ups. Lets take a closer look at the grades and groups ahead of the aciton.

Senior 1 Championship Groups A & B

Lucan Sarsfield and Na Fianna played out a tight 0-10 draw in the opening round allowing St. Vincents take the advantage with a win over Kilmacud Crokes. And Vincents will look to build on that win as they face familiar opponents tomorrow in Na Fianna.

Kilmacud Crokes have an opportunity to claw back some points when they travel to Lucan Sarsfield in the morning, but Lucan will have other ideas with home advantage in play.

In Group B Ballyboden St. Endas and Naomh Jude both came away with wins in Round 1, and avoiding each other in this round will give them the opportunity to push out a lead tomorrow morning. Boden head to St. Oliver Plunkett Eoghan Ruadh who were defeated 2-11 to 0-10 by Judes.

Senior 2 Championship Groups A & B

Ballinteer St. Johns were the only side in Group A that didn’t register a result, losing 2-11 to 1-07 against Naomh Mearnog in the opening round. They’re at home tomorrow as they welcome Erins Isle in Round 2.

Isles played out a 0-10 a piece score draw against Cuala in Round 1 and will be out to close in on those 2 points tomorrow morning. Meanwhile Naomh Mearnog have the chance to all but qualify for the knockouts as they head for Cuala.

Group B sees Good Counsel look to build on their Round 1 win over Skerries Harps. As Skerries sit on their bye week, Counsel can puch their lead out and qualify for the next round as they take on Castleknock.

Whitehall Colmcille are three for three so far in the Inter 2 competition. Their fourth opponent tomorrow will be Naomh Olaf who have yet to secure a win in the competition, but have only played one game. They have time and will look to tomorrow as a springboard for the remainder of the competition. 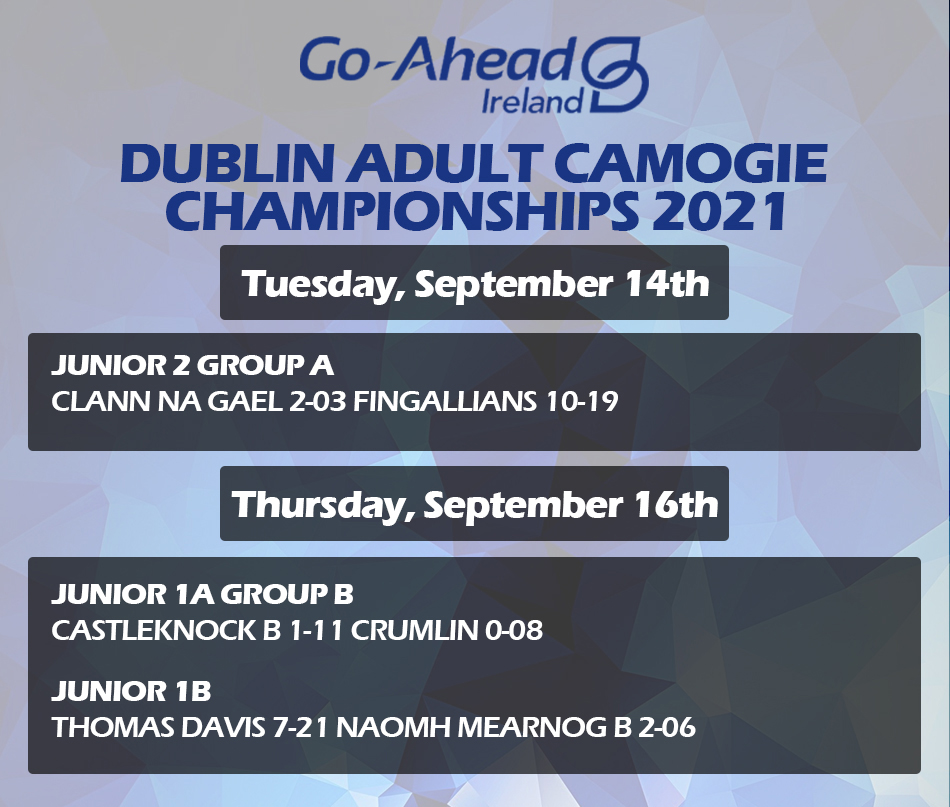 Fingallians put themselves into knock out contention this week with a 10-19 to 2-03 win over Clann Na Geal. The puts Fingallians in second position in the group table behind Na Fianna C with one more game to go.

Junior 1A Group B

Castleknock B made it 100% wins on Thursday night with a 1-11 to 0-8 victory over Crumlin. It sees them finish top of the group with Crumlin finishing in second position on score difference.

A 7-21 to 2-06 win for Thomas Davis over Naomh Mearnog B on Thursday sees Thomas Davis unbeaten in three games and top of the Junior 1B table. They’ll face second place St. Vincents C on the 26th in the final round.

Dublin Camogie U16 A And B Squads Head To Clare For...