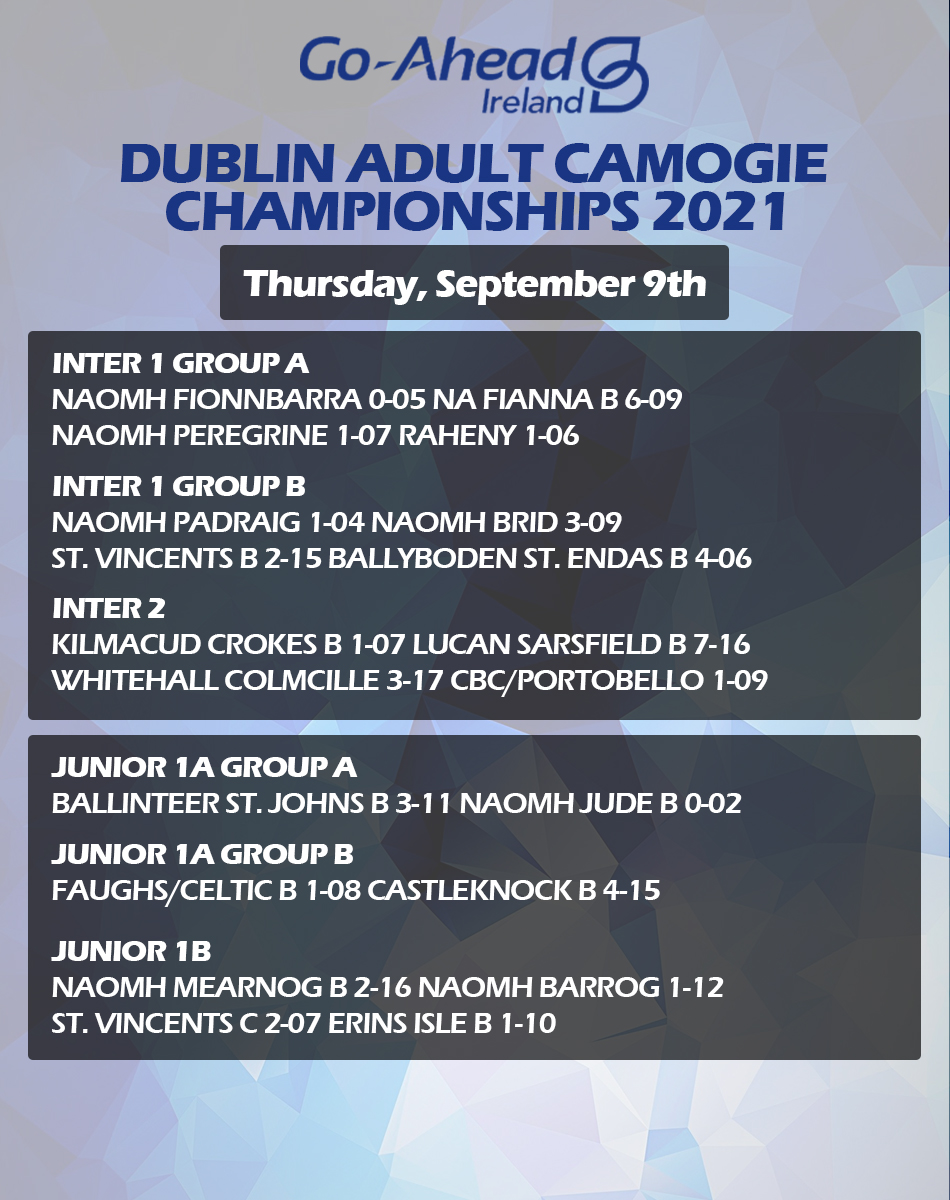 Na Fianna finished off their round robin robin campaign with a strong 6-09 to 0-05 victory, consigning Naomh Fionnbarra to their third defeat. That leaves them in pole position in Group A. In the other of tonight’s Group A games it was victory for Naomh Peregrine by onr point nudging out Raheny on a 1-07 to 1-06 scoreline.

In Group B Naomh Brid B and St. Vincents B both leapfrog Ballyboden St. Endas B to finish first and second. Brigids were 3-09 to 1-04 winners over Naomh Padraig tonight, with Vincents beating Boden by 2-15 to 4-06. That means Ballyboden finish in thrird place with 3 points.

Whitehall Colmcille make it three wins from three tonight in the Inter 2 Camogie competition. They welcomed CBC/Portobello, who were second in the group table and sent them away with a 3-17 to 1-09 defeat. That puts Whitehall on 6 points with one game to go before their bye.

Lucan Sarsfield B got their first win in the campaign tonight with a 7-16 to 1-07 victory over Kilmacud Crokes B lifting them off the bottom of teh group table.

Ballinteer St. Johns B scored 3-11 to 0-02 over Naomh Jude B which puts the in second position behind Naomh Maur to end the Group A competition.

In Group B Castleknock B got their first win from their first game, beating Faughs/Celtic B by 4-15 to 1-08. They face Crumlin in a rescheduled game to complete the group.

Naomh Mearnog B claimed two points tonight beating Naomh Barrog by 2-16 to 1-12. And a tied game between St. Vincents C and Erins Isle B still leaves them level in the table ahead of ROund 4. 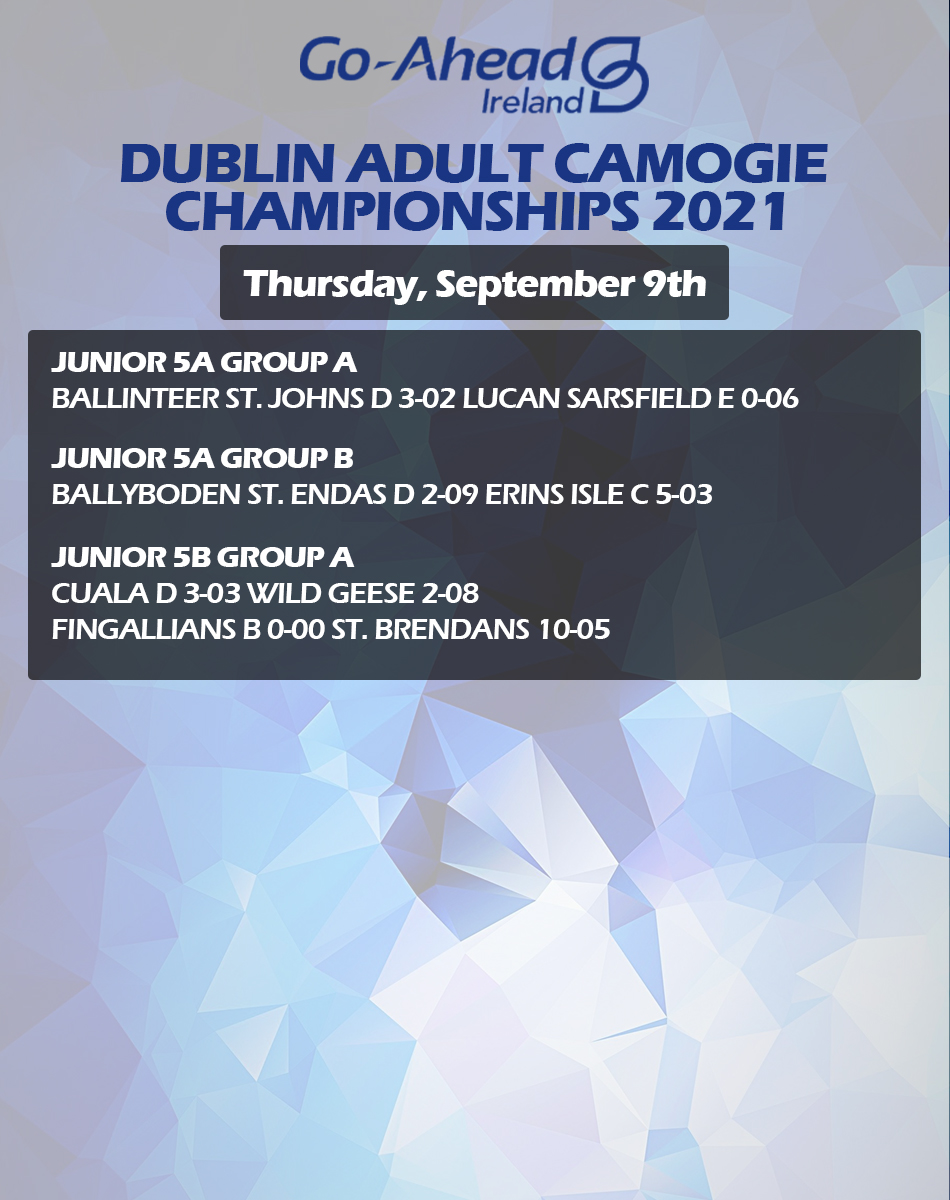 Ballinteer St. Johns D scored a 3-02 to 0-06 against Lucan Sarsfield E tonight to go level on points with Naomh Mearnog C in the Group A table.

In Group B Erins Isle C got up and running tonight with an impressive 5-03 to 2-09 over Ballyboden St. Endas D. That puts them in second position behind Na Fianna D.

Wild Geese finished the third round of Junior 5B unbeaten as they saw off Cuala D by 2-08 to 3-03 tonight winning the group. St. Brendans recovered from their defeat last week to beat Fingallians by 10-05 to 0-00. That put Brendans in second postion at the end of the rounds.