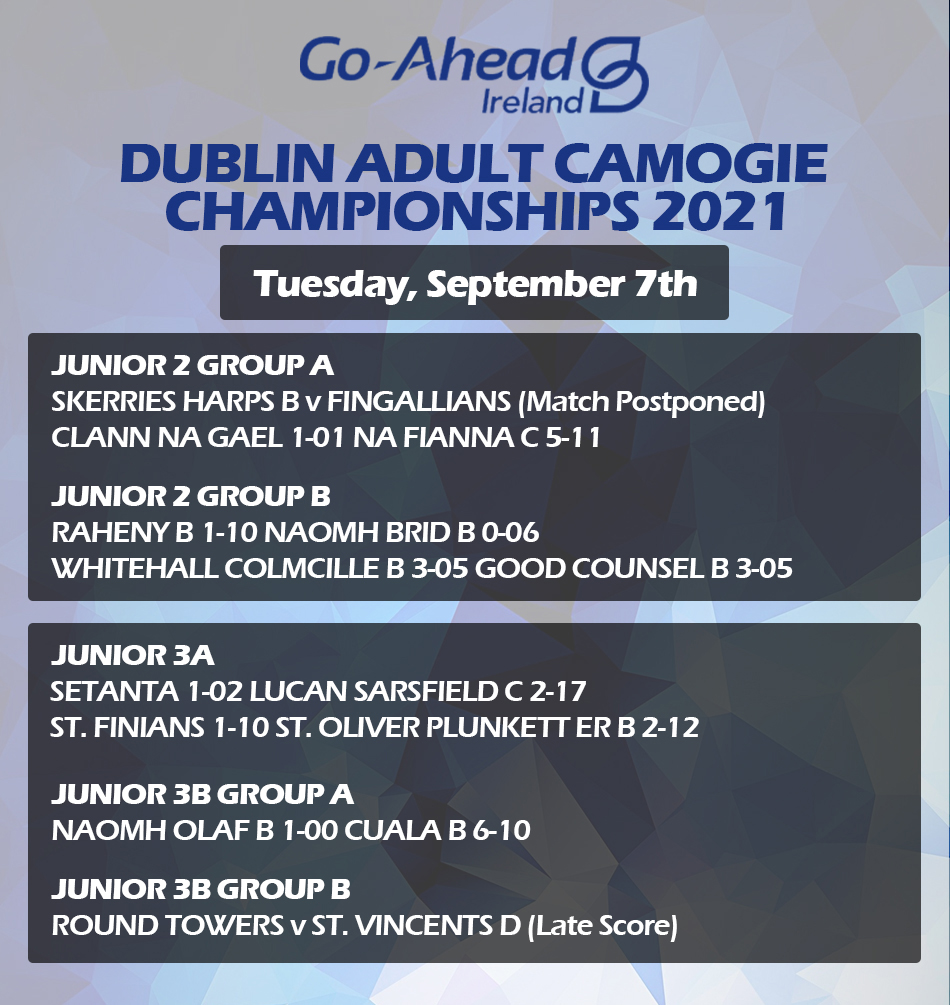 Well tonight saw the end of the round robin phases in Junior 2, Junior 3B and Junior 4. And we’re over the halfway point in Junior 3A. And it sees us at the next phase of this year’s Go Ahead Ireland Dublin Adult Camogie Championship. Here’s the details from tonight’s games.

Due to heavy fog, tonight’s game between Skerries Harps B and Fingallians was postponed after 15 minutes. Once we know when that game will be rescheduled we’ll let you know.

Clann Na Gael’s game against Na Fianna C ended in victory for Na Fianna on a 5-11 to 1-01 scoreline, seeing them top the group table on 5 points.

Raheny B finished their round robin campaign with a third straight win. Tonight they entertained Naomh Brid B tonight and ran out 1-10 to 0-06 winners. Whitehall Colmcille B and Good Counsel B played out a 3-05 a piece score draw tonight to finsh their Junior 2 Campaign.

Another victory tonight for Lucan Sarsfield C. They travelled to Setanta and came away with 2-17 to 1-02 victory. That’s three out of three for Lucan who are on their bye in Round 4.

St. Oliver Plunkett Eoghan Ruadh B got their first championship win tonight. A 2-12 to 1-10 scoreline against St. Finians sees them up and running before facing Setanta in the next round.

In the battle at the top of Group A, Cuala B came out on top against Naomh Olaf B by 6-10 to 1-00 and topping the group.

With Kilmacud Crokes C on their bye and securing top spot in Group B it was down to Round Tower and St. Vincents D to finish out the Round Robin stages.

The Group B game between Round Towers and St. Vincents D is a late score, We’ll update once we receive it. 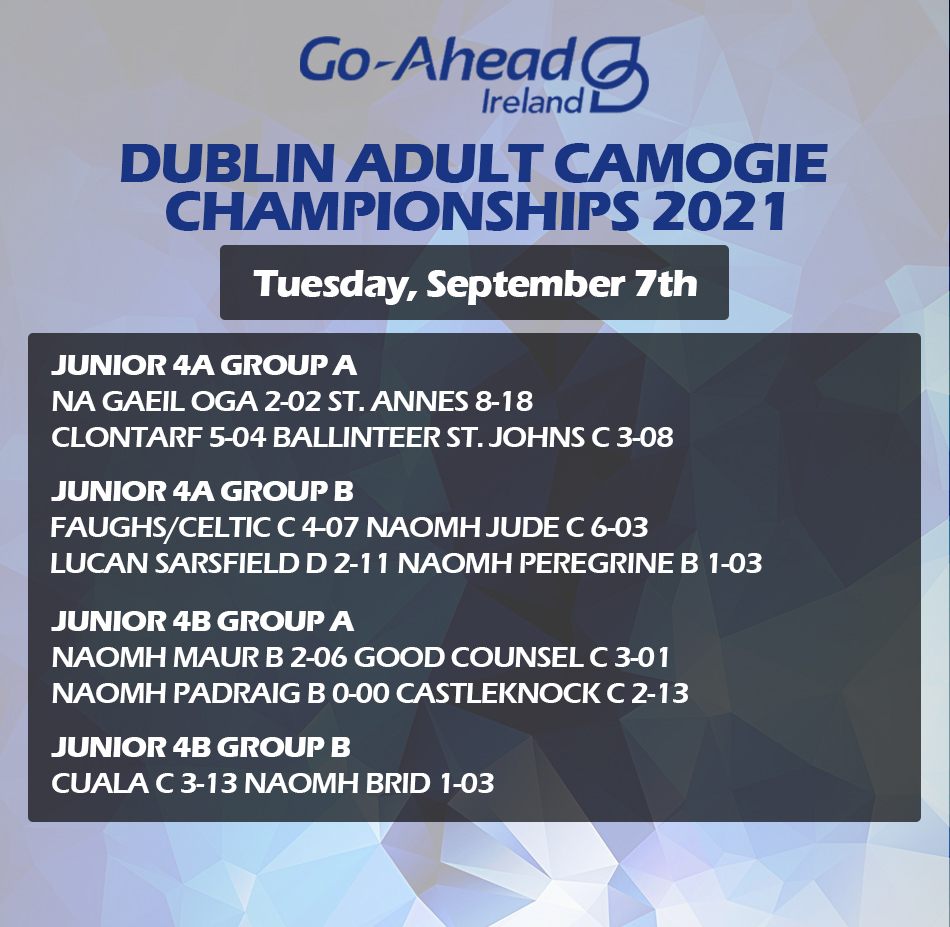 St. Annes completed a hattrick of wins in the final round of the Group A competition. Their opponents tonight were Na Gaeil Oga and Annes came away with an 8-18 to 2-02 win to top the table.

In the other Group A game Clontarf finished in second position. They were victorious over Ballinteer St. Johns C tonight on a 5-04 to 3-08 scoreline.

Group B Naomh Jude C finished their campaign with their first win, beating Faughs/Celtic C by 6-03 to 4-07

Lucan Sarsfield D secured the top spot in the group with a 2-11 to 1-03 victory over Naomh Peregrine B.

Naomh Maur B scored a 2-06 to 3-01 to complete a 100% record in Group A finishing top of the table. Castleknock C end runners up in the group after their 2-13 to 0-0o win tonight over Naomh Padraig B.

In Group B Cuala C finished their round robin competition unbeaten with a 3-13 to 1-03 victory over Naomh Brid. And that sees them top of the group above Kilmacud Crokes D.

And that’s all the results from tonight’s games. Stay tune later this week for action from the Intermediate and remaining Junior competitions in the Dublin Adult Camogie Championship.