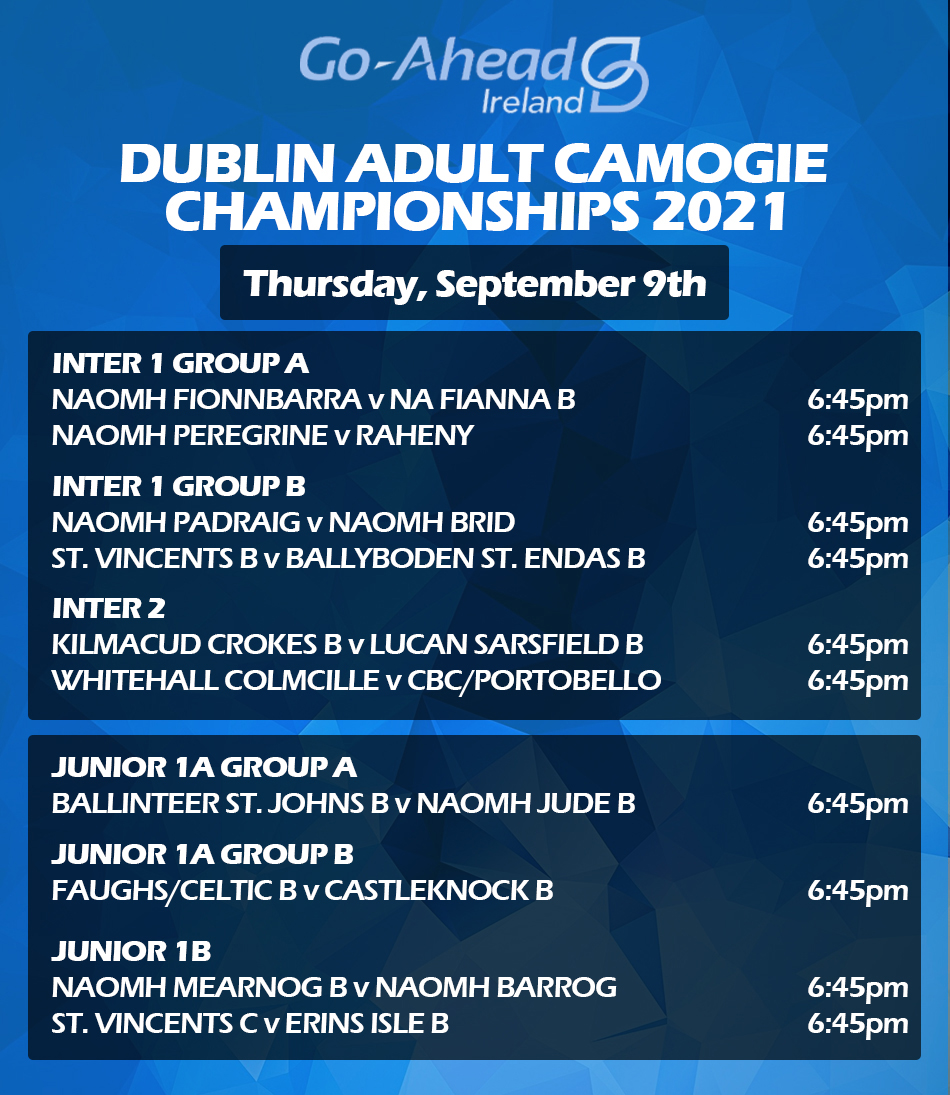 After 2 rounds Na Fianna B are in the box seat in Group A, and if they come away from Naomh Fionnbarra tomorrow night with another win they’ll be clear at the top of the table. If not it blows the group wide open. Naomh Peregrine and Raheny are sitting a win behind Na Fianna and the winner of their game tomorrow night will finish on four points. This will go down to the wire.

In Group B Ballyboden St. Endas B sit one point above St. Vincents B and Naomh Brid. Should they beat Vincents they finish clear on top. Naomh Brid will want to stay in the hunt and they will do if they can pick up a victory over Naomh Padriag.

We’re at the half way mark in the Inter 2 Championship Whitehall Colmcille are two for two. CBC/Portobello are sitting just underneath them in the table so tomorrow’s game between these two teams should be an epic one.

Kilmacud Crokes B and Lucan Sarsfield B are both still waiting on that first win, but still have plenty of time to make up ground. They’ll square off tomorrow night. Naomh Olaf are in their bye week but return next week to face Whitehall.

Naomh Maur have played 2 and won 2 so far in the compeition, but their work is now done as they have their bye in Round 3. Ballinteer St. Johns B and Naomh Jude B will square off tomorrow night to pick up the remaining points.

In Group B we’re still a bit to go. So far only Crumlin and Faughs/Celtic B have faced each other, with that game ending in a draw. Tomorrow night Faughs will face Castleknock B, with Castlknock and Crumlin to play a rescheduled game soon.

Like the Inter 2 competition, the Junior 1B championship is only reaching the half way point. So far Thomas Davis have scored two wins out of two. Tomorrow night they get a rest but will be back in the next round to face Naomh Mearnog B. Mearnogs face Naomh Barrog tomorrow night, both looking for a first win.

St. Vincents C and Erins Isle B both have an opportunity to make ground on Thomas Davis, and a winner between these tow tomorrow night will do just that. 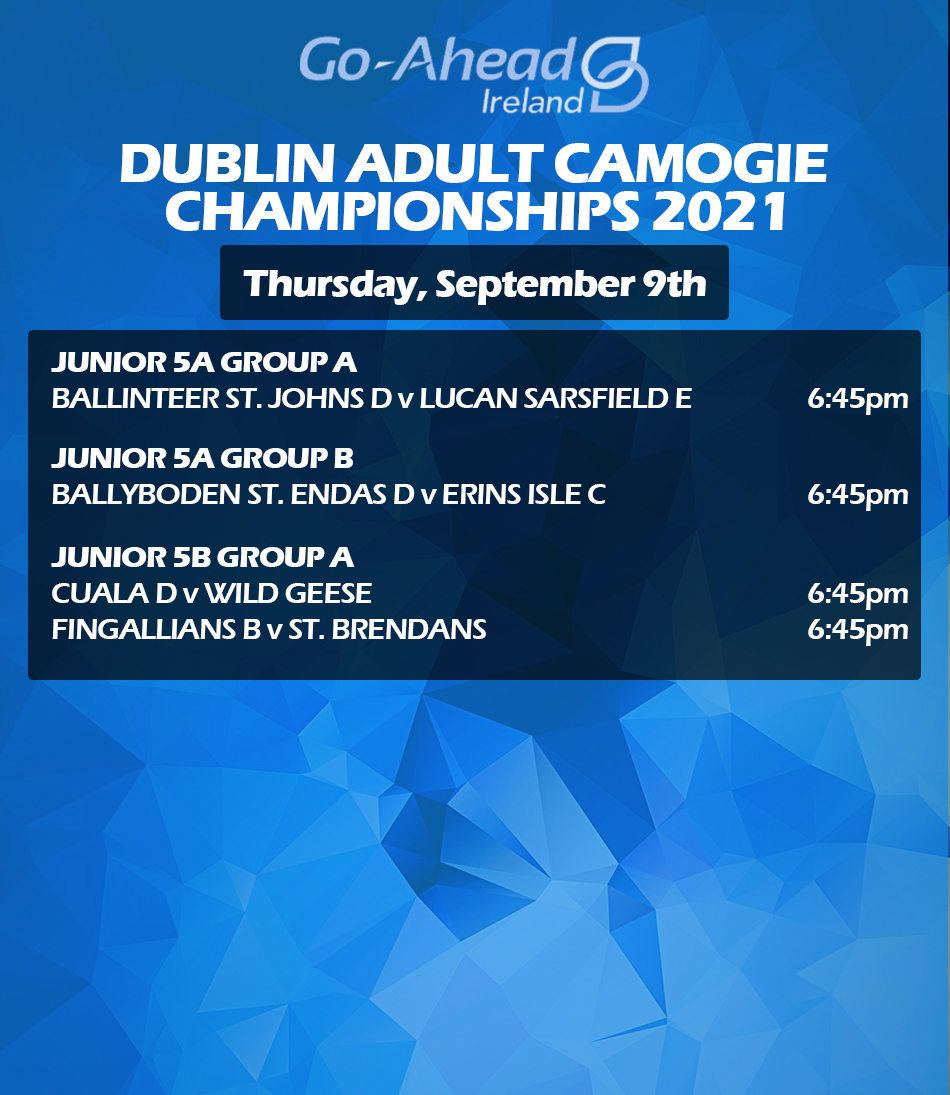 Naomh Mearnog C are finished their Round Robin phase and are on a bye week this week. They’ve beaten both Lucan Sarsfield E and Ballinteer St. Johns D to finish top of Group A. Ballinteer and Lucan play out the last of the Group games tomorrow night.

And don’t forget to join us after full time for the scores from all of tomorrow night’s games. Stay tuned for more Adult Camogie action this weekend.