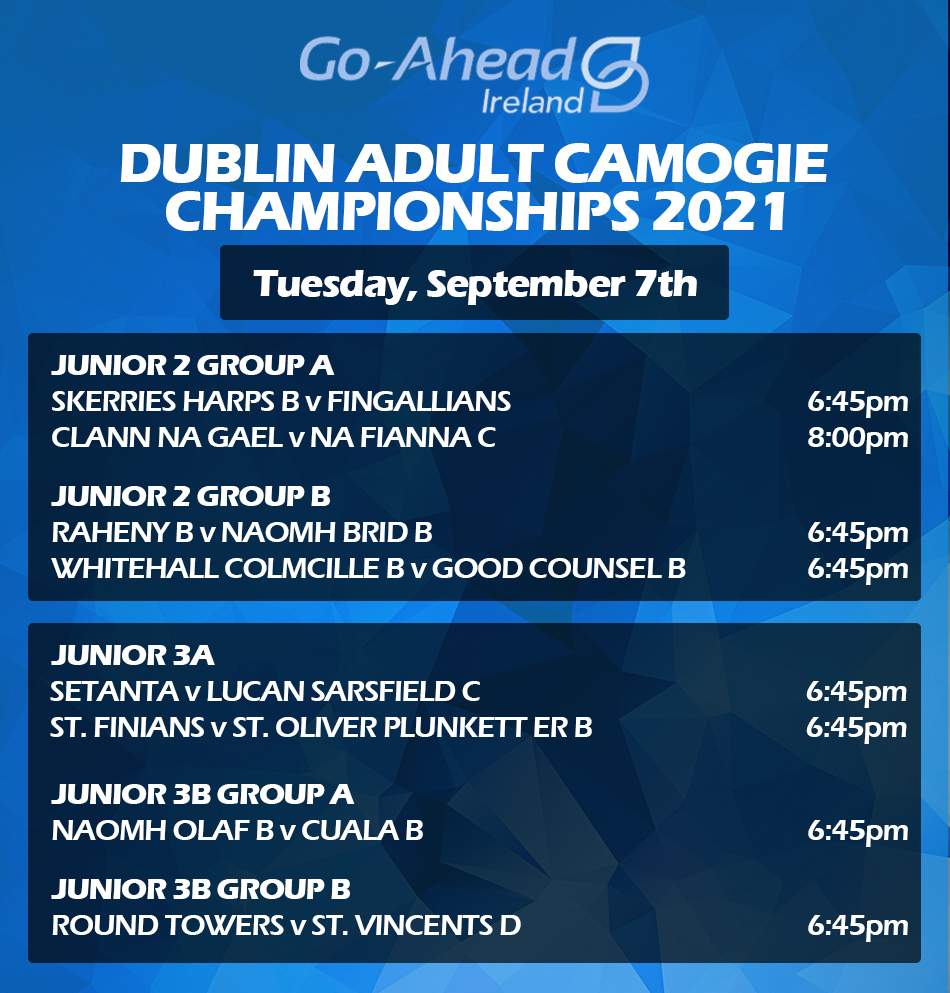 We roll onto another week of action. And it’s hard to believe that in almost all the of the Junior competitions we’re already at the last of the round robin phases. Soon we’ll know the contenders in for the knockout phase of all Tuesday’s Junior competitions bar the Junior 3A Championship. So for tomorrow night, here are all your fixtures in the Dublin Adult Camogie Championship.

After Skerries Harps B conceded to Na Fianna C in Round 1, Na Fianna played out a draw against Fingallians in Round 2. Tomorrow night under lights, the Mobhi Road ladies travel to Clann Na Gael for their final round with the knock out stages in their sight.

Fingallians take the one point into their game against Skerries tomorrow night also fighting for a place in the next stage. They also play their rescheduled game against Clann Na Gael next week

In Group B Raheny are two for two going into their final round game against Naomh Brid B. But that game also an opportunity to score vital points.

Good Counsel have a chance to get out of Group B if they can pick up a win over Whitehall Colmcille B tomorrow night. So if anything the Junior 2 Championship hangs in the balance.

Lucan Sarsfield C have already beaten Ballyboden and St. Finians in the Junior 3A competition. And tomorrow night they take on Setanta, who will really want to pick up a win to get up and running.

St. Oliver Plunkett Eoghan Ruadh B will go head to head with St. Finians, both still hoping to advance to the Junior 3A knockouts.

Cuala B and Naomh Olaf B both sit on 2 points in the table before they square off tomorrow night in the final round. Commercials ended their campaign last week and go into their bye tomorrow night but failed to grab a win.

In Group B, Kilmacud Crokes C completed their Round Robin phase last week with their second win, and relax into their bye week with their eyes on the knock outs. Tomorrow night, Round Towers and St. Vincents D go head to head to finish out Round 3. 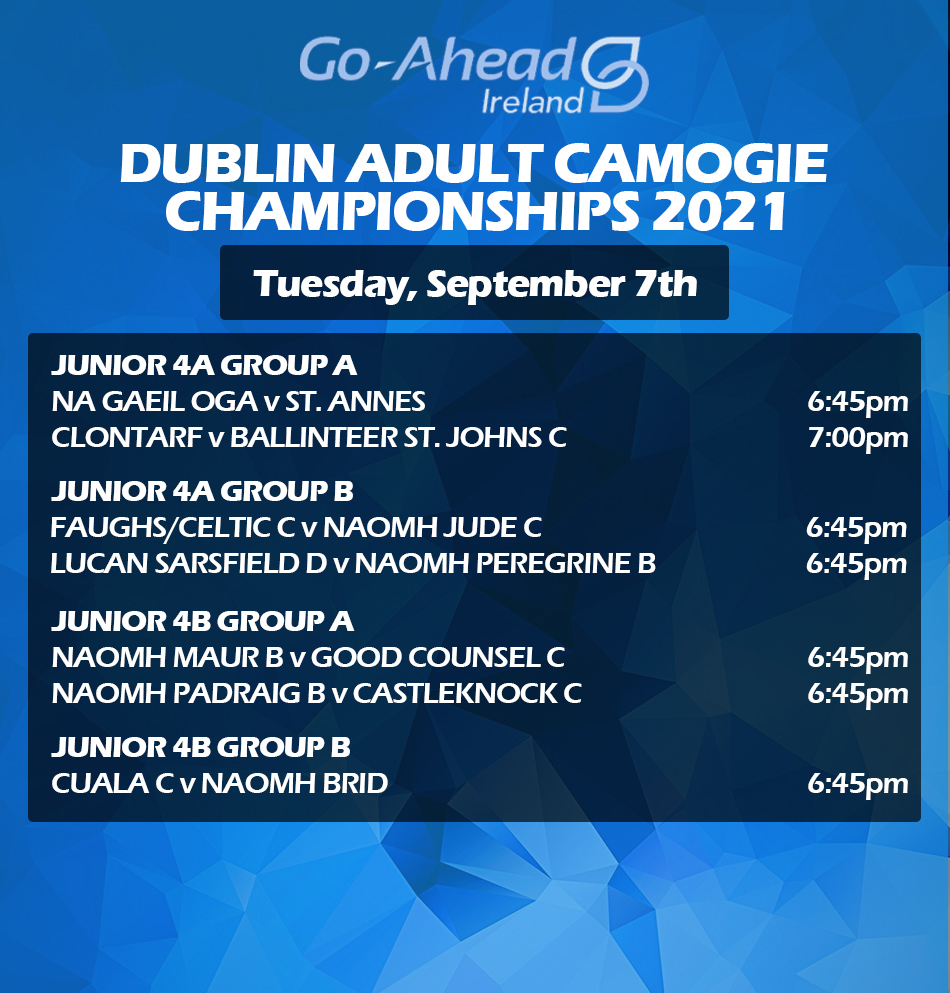 St. Annes head into their last game with 2 wins onder their belts and will be up for the challenge of Na Gaeil Oga tomorrow night. Meanwhile Clontarf and Ballinteer St. Johns C both sit on 2 points in the table as they battle it out in their final round game.

Lucan Sarsfield D are in the box seat in Group B having won both their round games so far. And tomorrow night they face Naomh Peregrine B. Peregrines will be out to upset the party and snatch vital points. Faughs/Celtic C will square off against Naomh Jude C tomorrow night, still in with a chance of getting out of the group.

Naomh Maur B go head to head with Good Counsel C in the final round tomorrow night. Maurs have already won both their games to date. Counsel drew with Naomh Padraig B in the opening round and will be looking to end on a high. In the other game Pats will face Castleknock who sit in second place in the table.

In Group B Beann Eadair concede to Kilmacud Crokes D tomorrow night leaving them on 4 points in the table. It gives Cuala C an opportunity to finish in pole position if they can win their final game against Naomh Brid.

Join us tomorrow night at full time, as we bring you all of the results from the Junior games in the Dublin Adult Camogie Championship.