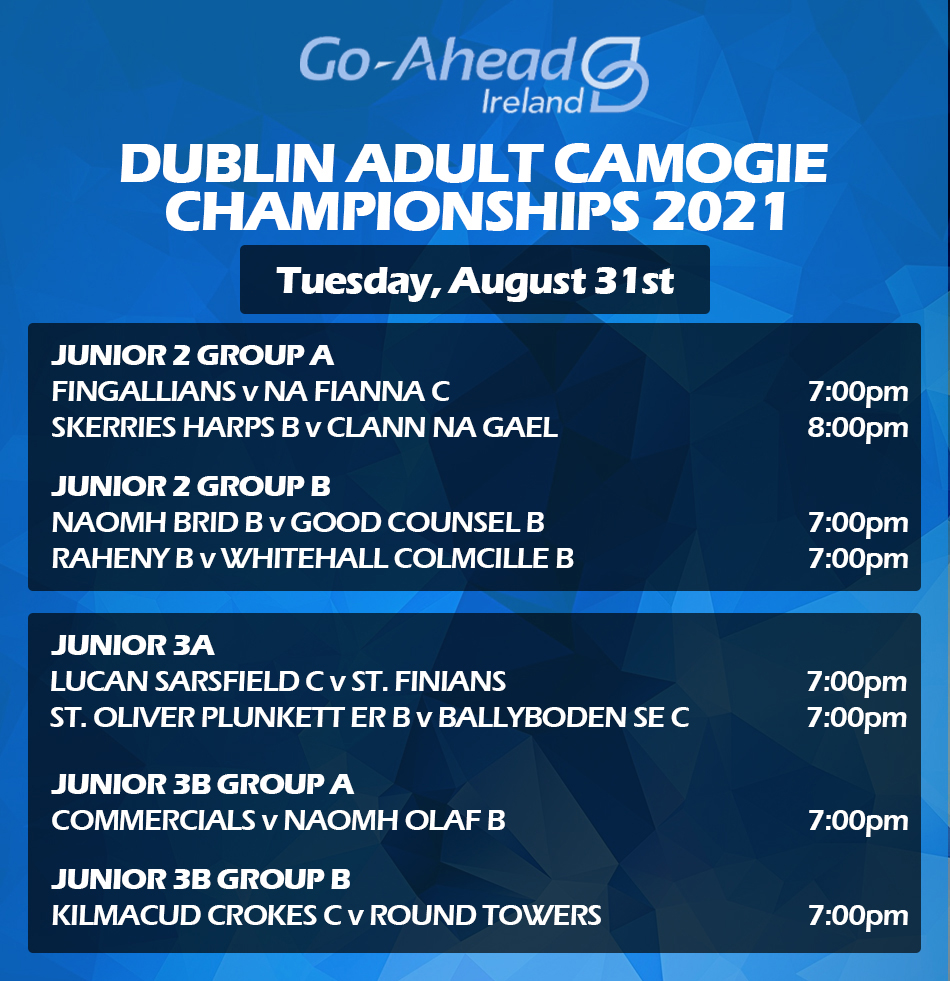 As August comes to a close the Go Ahead Ireland Dublin Adult Camogie Championship is only getting started. Later this week we’ll see the commencement of the Senior 1 and Senior 2 Championship. But before that the Inter and Junior Competitions reach the Round 2 stages. And tomorrow night the action continues in Junior 2, Junior 3 and Junior 4. Here’s everything you need to know.

Skerries Harps B conceded their game to Na Fianna C last week, and with the Clann na Gael and Fingallians game postposned, Round 2 really feels like Round 1. Na Fianna travel to Fingallians tomorrow night with Skerries entertaining Clann Na Gael.

In Group B Naomh Brid B head to Good Counsel B after recording an opening day win over Whitehall Colmcile B last week, looking for a second win. Raheny B were victors over Good Counsel last week, and they’ll welcome Whitehall for their Round 2 clash. The game between Skerries and Clann Na Gael will be an 8:00pm throw in under lights.

Lucan Sarsfield C grabbed all the points last week, beating Ballyboden St. Endas C by 1-14 to 3-06. Tomorrow night they welcome St. Finians with Ballyboden travelling to St. Oliver Plunkett Eoghan Ruadh B for their Round 2 clash. Setanta have their bye week.

Cuala B enter their bye week this week after their 3-19 to 1-05 win over Commercials in Round 1. Commercials and Naomh Olaf B will go head to head aiming for their first win.

In Group B Round Towers come off their bye and face Kilmacud Crokes C. Crokes were 2-18 to 2-05 winners over St. Vincents D. A win for Crokes would secure a knock out place in the Junior 3B Championship. 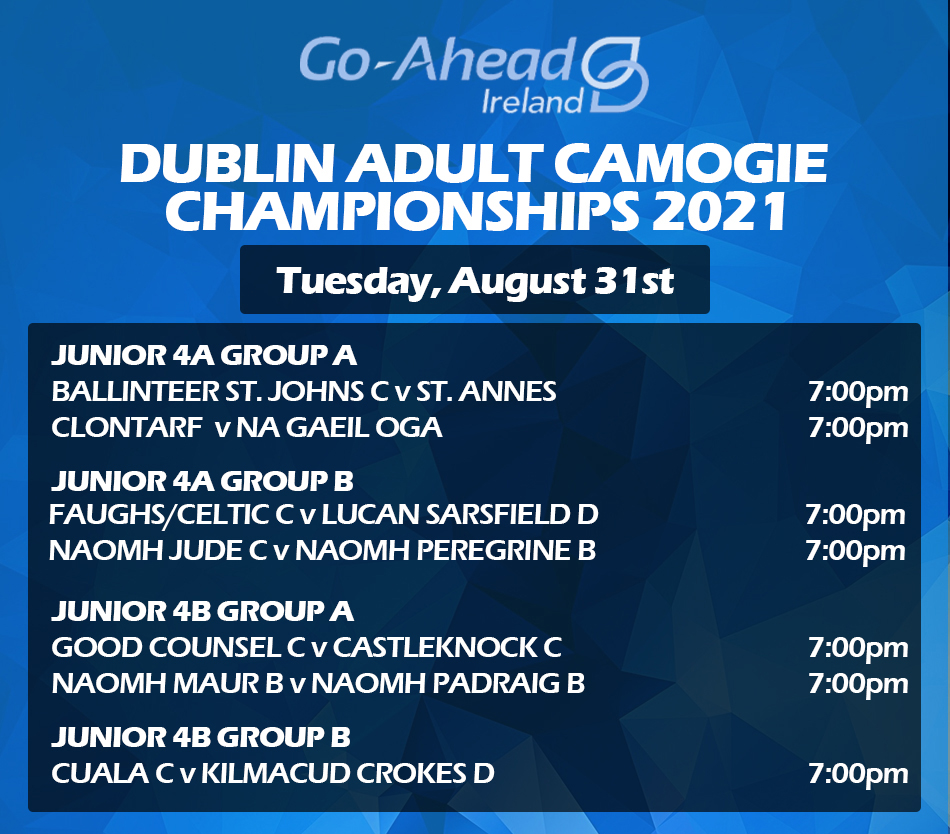 Ballinteer St. Johns C and St. Annes both recorded Round 1 wins last week, and the sides square off against each other tomorrow night. Ballinteer were 3-12 to 1-01 winners over Na Gaeil Oga. St Annes beat Clontarf by 5-10 to 1-05. Clontarf and Na Gaeil Oga in the second Group A games.

A 7-12 to 1-01 win over Naomh Jude C saw Lucan Sarsfield D off to a winning start. They’ll face a stern challenge in Faughs/Celtic C in their Round 2 fixture tomorrow night. Faughs travelled to Naomh Peregrine B and came away last week with a 7-07 to 6-08 win.

Judes and Peregrine will be hoping for a first win in Round 2 tomorro night.

Naomh Padraig B and Good Counsel C played out a 1-04 to 2-01 draw in Round 1 so both qill be looing to add a win to their tally. Pats travel to Naomh Maur B who scored a one point win over Castleknock C last week. Castleknock head to Good Counsel hoping to get up and running.

In the other group, Cuala C and Kilmacud Crokes D both recorded opening round wins. The sides face each other tomorrow night in Round 2. Naomh Brid and Beann Eadair square off both looking for a first win in the championship.

Join us after full time tomorrow night when we bring you the results from all the Round 2 games in the Dublin Adult Camogie Championship.

ACTION PACKED WEEKEND AHEAD FOR DUBLIN CAMOGIE SQUADS IN BOTH LEAGUE...

NAOMH MEARNOG BEAT SETANTA IN THRILLING FINAL TO LIFT THE WE...