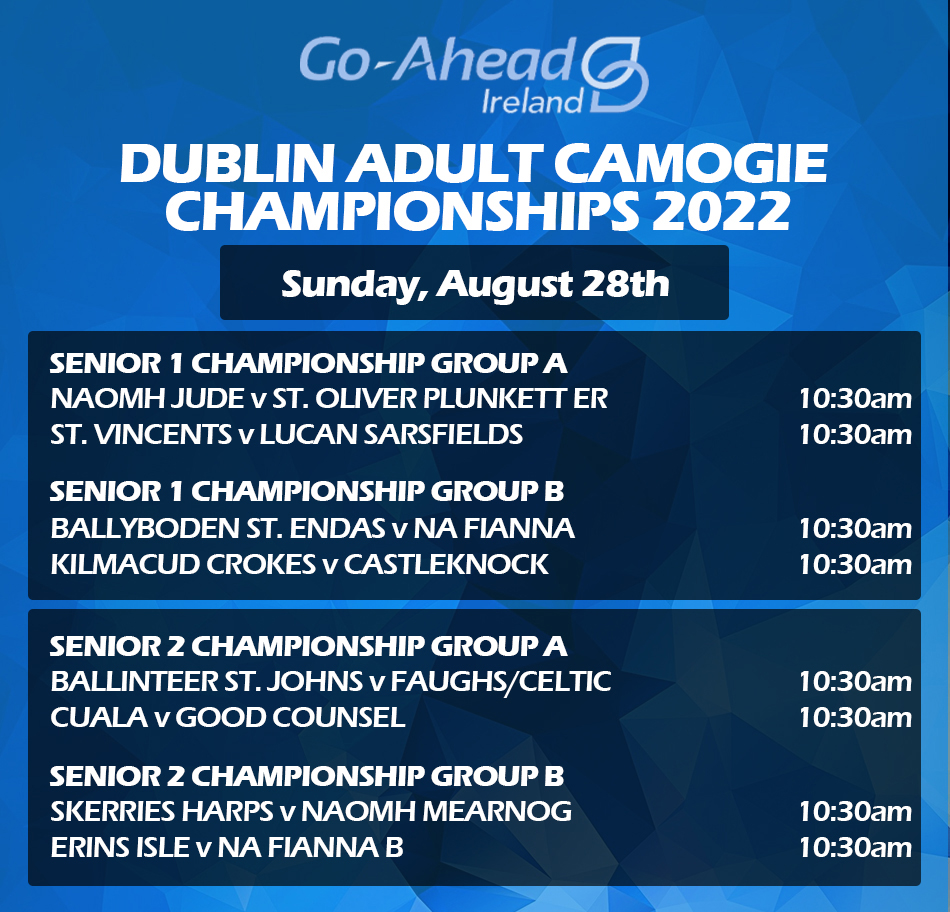 It’s Round 2 weekend on both the Dublin Senior and inter Camogie Championships, and tomorrow from 10:30am we’ll see 16 games throw in across the county. And we could be looking at knockout contenders before the bounce of a ball in Round 3.

After the opening round 2 weeks ago, St. Vincents are the leaders in Group A. They picked up a comfortable 4-19 to 0-04 win over St. Oliver Plunkett Eoghan Ruadh. And with a tied game between Lucan Sarsfields and Naomh Jude, it opens the door for Vincents to go clear leaders tomorrow and book a knockout spot. For that to happen they’ll need a result over Lucan, who won’t go down without a fight. Naomh Jude will look to get back on track when they entertain Plunketts, but a Plunketts win would throw a spanner in the works.

Na Fianna and Castleknock took away wins from the opening round. Only 1 point seperated Castleknock and Ballyboden in their fixture, with Castleknock securing their first win in top flight camogie in the county. They’ll look to replicate that form tomorrow as they take on Kilmacud Crokes. Crokes lost to Na Fianna in their opener, and Na Fianna look to add a second win facing Ballyboden tomorrow.

Ballinteer, the only team to take a win away from Round 1, will look to secure their path to the knockouts tomorrow. They’ll face Faughs/Celtic who drew 3-13 a piece with Cuala in their opener. Cuala who will be enjoying their Senior 2 Camogie, face Good Counsel who will look to bounce back from their opening round defeat to Ballinteer.

Round 2 throws up a tasty tie between Skerries Harps and Naomh Mearnog. Skerries opened their championship campaign with a 4-14 to 0-07 win over Na Fianna B. And Mearnogs were 2-11 to 1-08 victors in a battle with Erins Isle. Isles and Na Fianna have the chance to make ground on the joint leaders when they face each other tomorrow morning. 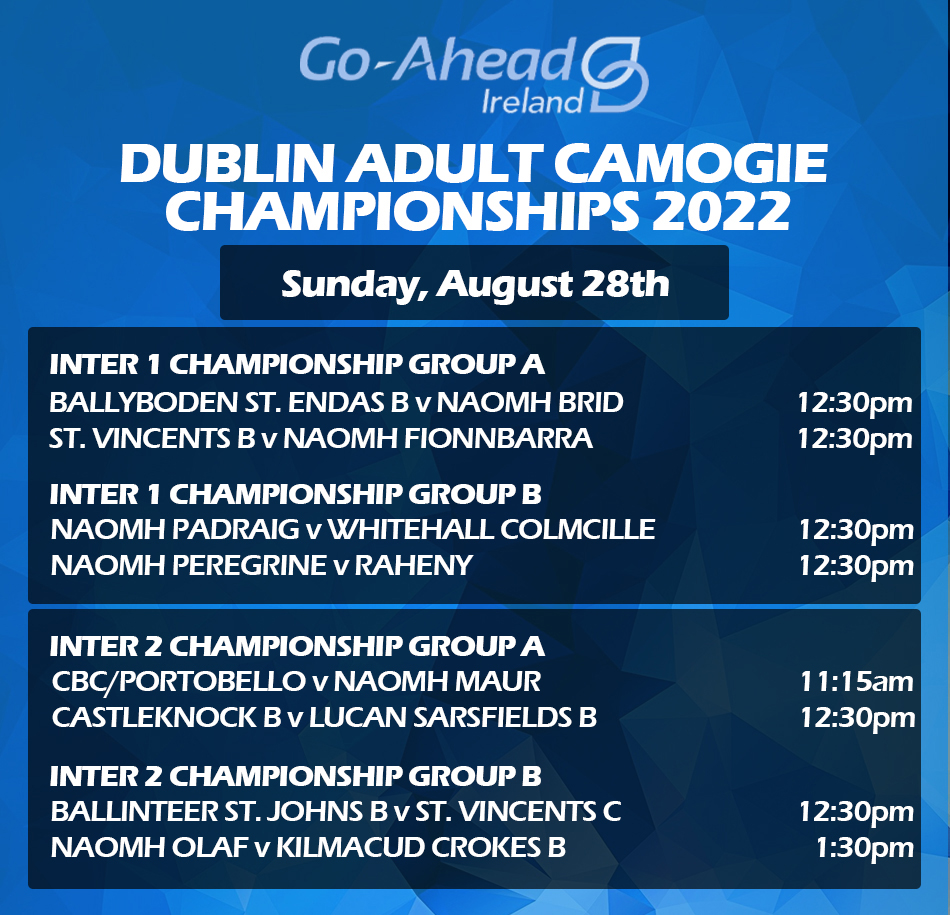 Naomh Brid and Naomh Fionnbarra will play on the back foot tomorrow afternoon after suffering defeats in the opening round of the Inter 1 Camogie Championship. But there’s time for both to leave their mark in the competition. Brigids go to Ballyboden St. Endas B who beat Finbarrs by a goal in the opening round. Finbarrs head to St. Vincents B, victors over Brigids.

There’s some work to do but plenty of time for both Whitehall Colmcille and Naomg Padraig after suffering losses in the opening round. And they’ll take each other on tomorrow afternoon in Round 2. Naomh Peregrine and Raheny go head to head after their respective wins over their opponents in Round 1. Peregrines were 1-11 to 2-07 victors over Whitehall, with Raheny beating Pats 3-08 to 1-06.

Lucan Sarsfields B and Naomh Maur manage to avoid each other until the final round in this group set up. And after wins in Round 1 they’ll trade opening day opponents tomorrow. Maurs head to CBC/Portobello who were defeated by Lucan on a 5-19 to 1-11 scoreline. Meanwhile Castleknock B will hope to bounce back from their opening round defeat to Maurs when they welcome Lucan.

St. Vincents C and Ballinteer St. Johns B both picked up opening round wins to get up and running 2 weeks ago. Vincents, who were 4-12 to 1-07 winners over Naomh Olaf will face Ballinteer tomorrow afternoon in a head to head for the top spot. Olafs welcome Kilmacud Crokes B for their Round 2 clash with both sides looking to get points on th board.

We’ll have a full round up of all these results after full time tomorrow evening, plus the lowdown on the fourth round of the Dublin Senior 1 Hurling Championship so make sure to stay tuned.

DUBLIN TOO GOOD FOR WATERFORD IN TODAY’S CHAMPIONSHIP OPENER