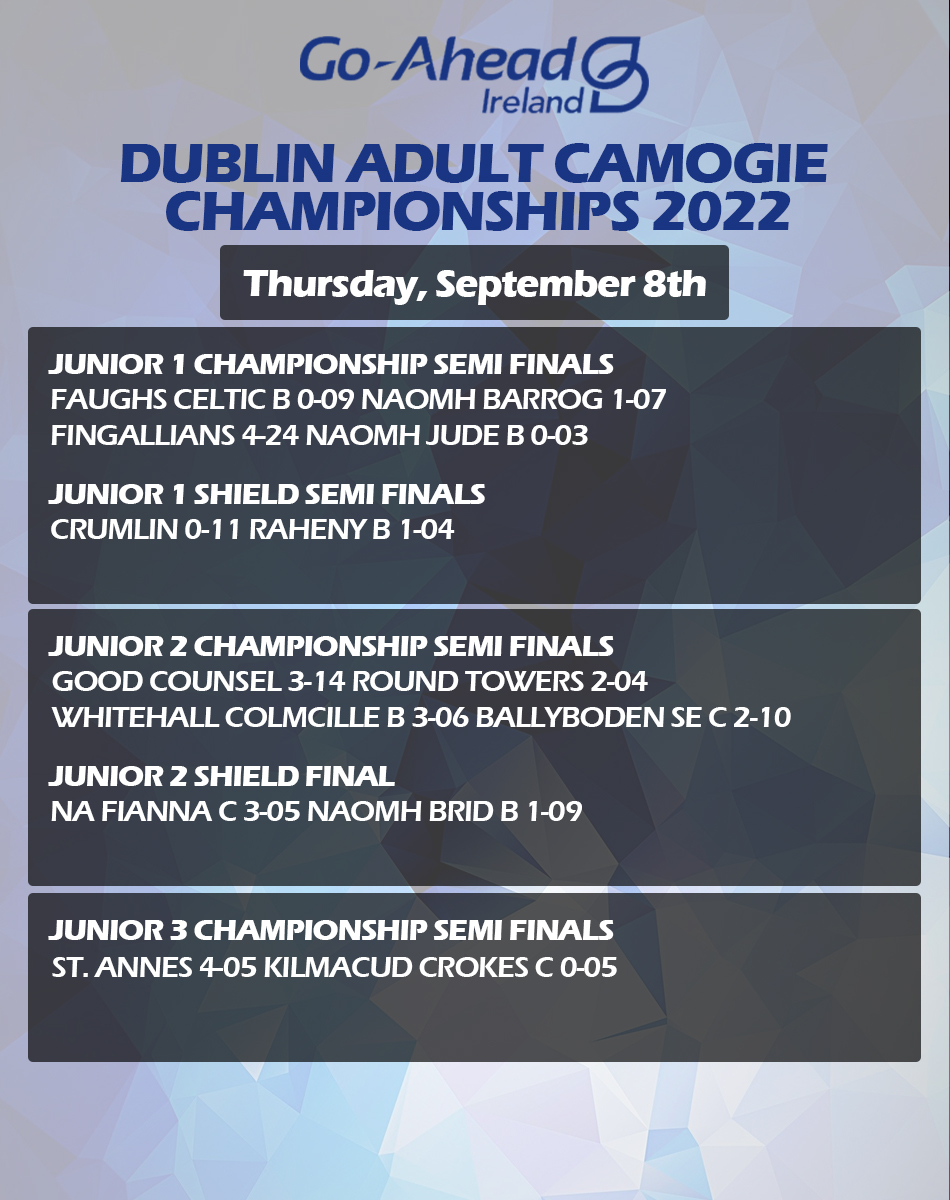 This years Junior 1 camogie Championship decider will be played out between Naomh Barrog and Fingallians. And it also a chance to step up a grade next season. Both sides were successful in their Semi Finals last night. Only 1 point seperated Naomh Barrog and Faughs/Celtic B in the first semi final with Barrogs shading the victory by 1-07 to 0-09 ending Faughs Championship run. Meanwhile Fingallians registered a huge 4-24 to 0-03 scoreline sending Naomh Jude B out and advancing to the Camogie Championship decider.

In the Shield competition Crumlin scored a four point win over Raheny B by 0-11 to 1-04. Next Tuesday Thomas Davis and Erins Isle B will square off in the second shield semi final for a final chance of silverware.

Good Counsel continued their great run of form from the group stages and were 3-14 to 2-04 winners over Round Towers last night to advance to this year’s Junior 2 Championship Final. They’ll be joined by Ballyboden St. Endas C who put out Whitehall Colmcille B by a solitary point on a 2-10 to 3-06 scoreline. Whitehall will be disappointed after such a great run in the group stage. BUt they’ll go again next season.

Na Fianna C took their opportunity of some silverware before the end of the season. And they shaded a 2 point victory over Naomh Brid B to secure the Junior 2 Shield and end the year on a high.

The first team to qualify for this year’s Junior 3 Championship Final is St. Annes who were 4-05 to 0-05 winners over Kilmacud Crokes C last night. Since losing to Clontarf in the opening round of the championship St. Annes haven’t dropped a point. Lucan Sarsfields C and Cuala C go head to head on Tuesday night in the second semi final so St. Annes will be waiting.

Details of the Shield competition are still to be decided. 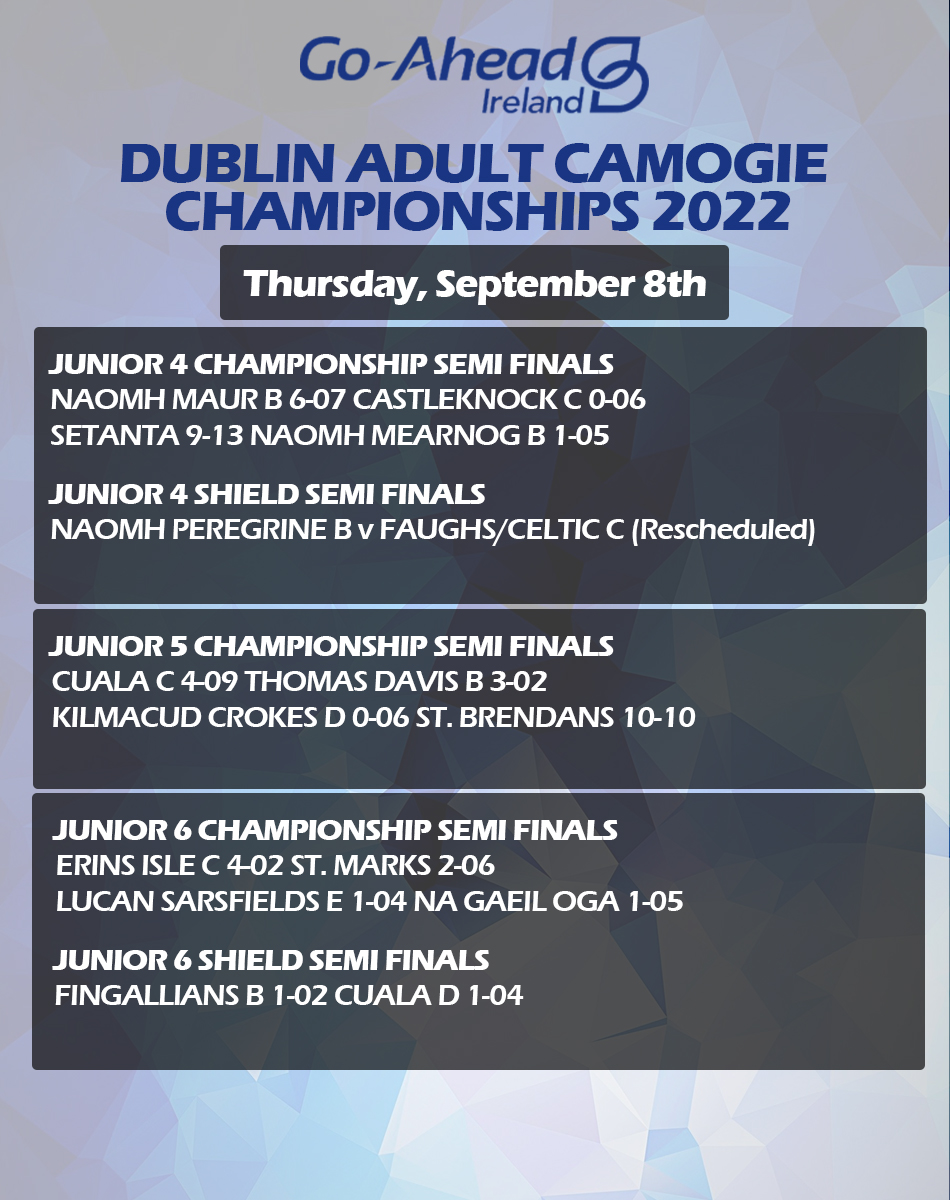 Setanta and Naomh Maur B will fight it out in the Junior 4 Championship final this year. Naomh Maur racked up a 19 point win in their 6-07 to 0-06 win over Castleknock C last night to book their slot in the decider. Setanta’s 32 point win over Naomh Mearnog B was a comfortable 9-13 to 1-05 path to the decider.

The Shield Semi Final between Naomh Peregrine B and Faughs/Celtic C has now been rescheduled for next Tuesday.

10 points seperated Cuala C and Thomas Davis B at full time last night in the first of the Junior 5 Semi Finals. And Cuala were successful and advance to the Championship decider. In the second semi final a 10-10 to 0-06 vitory for St. Brendans to see them through as Cuala’s opponents.

Wild Geese will face Cuala D in the Junior 6 Shield Final after Cuala were 1-04 to 1-02 winners over Fingallians B.