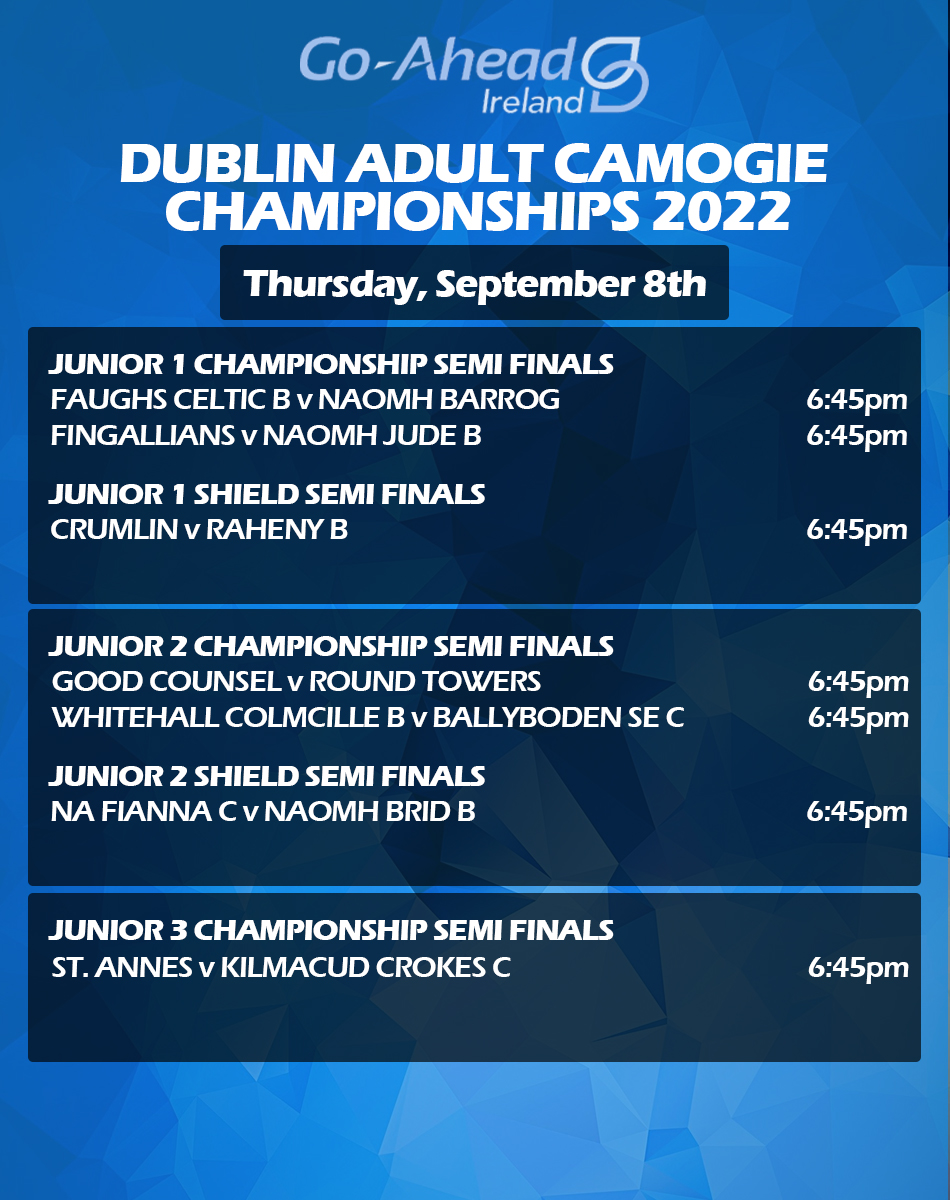 Naomh Jude B were pipped to the top spot on Group A on the head to head by Faughs/Celtic C so that set them up with a Semi Final draw against Fingallians who went 3 for 3 in Group B. The reward for Faughs is a last four tie against Group B Runners Up Naomh Barrog who secured 2 round wins to advance.

Crumlin and Raheny B will play out the first of the Shield Semi Finals. The winners will then wait to find out who they’ll face in the decider as Thomas Davis and Erins Isle B will square off next Tuesday

Whitehall Colmcille were clear winners in Group A of the Junior 2 Camogie competition and thanks to a concession from Plunketts, Ballyboden St. Endas C advanced as runners up in Group B to make up the parings for the first seim final in the grade. On the other side of the draw Round Towers who finished behind Whitehall in Group A will go head to head with Group B winners Good Counsel for a place in the Championship decider.

Na Fianna C and Naomh Brid B will lock horns for a chance to secure the Junior 2 Shield tonight with Plunketts conceding.

In the Junior 3 Championship St. Annes beat Cuala C in Round 2 and when it came down to the final positions that result put them top of Group B with the teams tied on 4 point each. Tonight they’ll face Kilmacud Crokes C who finished behind Lucan Sarsfields C in Group A. The seocnd of the competitions Semi Finals will take place next Tuesday when Lucan and Cuala go head to head.

The details of the Shield competition in this grade are top be confirmed so we’ll talk about that part at a later date. 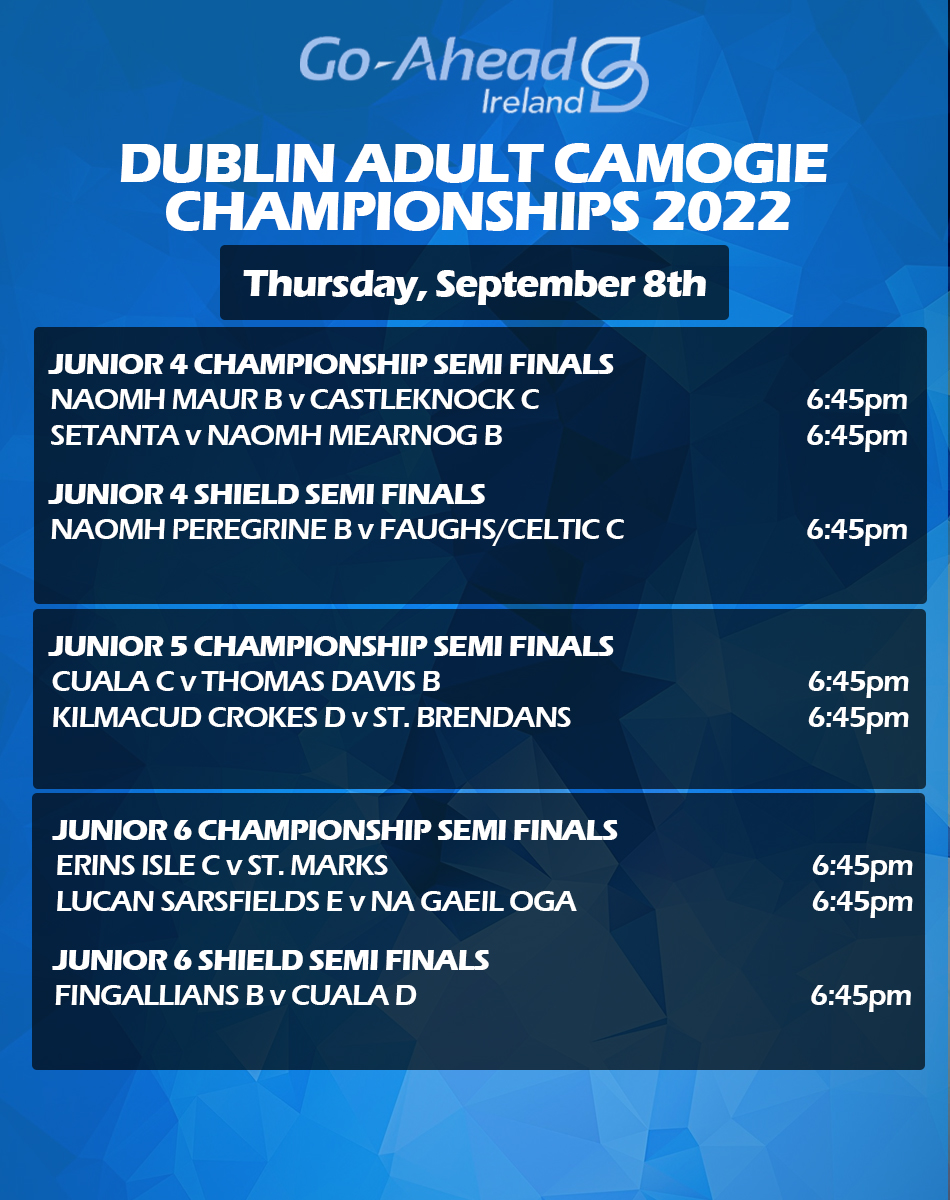 Naomh Maur B were unbeaten in Group A in Junior 4 and they’ll be quietly confident in facing Castleknock C who only dropped points to Setanta in Group B. Setanta will come up against Naomh Mearnog B who were runners up to Maurs in Group A.

Lucan Sarsfields D have a bye into this years Shield Final and will face the winners of Naomh Peregrine B and Faughs/Celtic C who face each other this evening.

With 2 wins and a draw each Kilmacud Crokes and Thomas Davis B were tied at the top of Group A in the Junior 5 Championship. Thomas Davis had a slightly weaker score difference so will face Group B winners Cuala C who remained unbeaten. Runners up in that group St. Brendans will be Kilmacud’s opponents tonight.

More details on the Junior 5 Shield competition will be confirmed later.

Group A winners Erins Isle C were unbeaten over two rounds and received a walkover from Ballyboden D to make them 3 for 3. They’ll face St. Marks who were one of three teams to finish on 4 points in Group B. na Gaeil Oga who were Group A runners up will go head to head with Lucan Sarsfields E in the second Semi Final.

Wild Geese missed out on a Championship berth but advance directly to the Shield Final. They’ll face the winners of tonight’s Semi Final between Fingallians B and Cuala D

We’ll round up all these results tomorrow and look forward to the Dublin Senior and Inter Camogie Championship action this weekend. 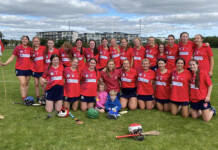