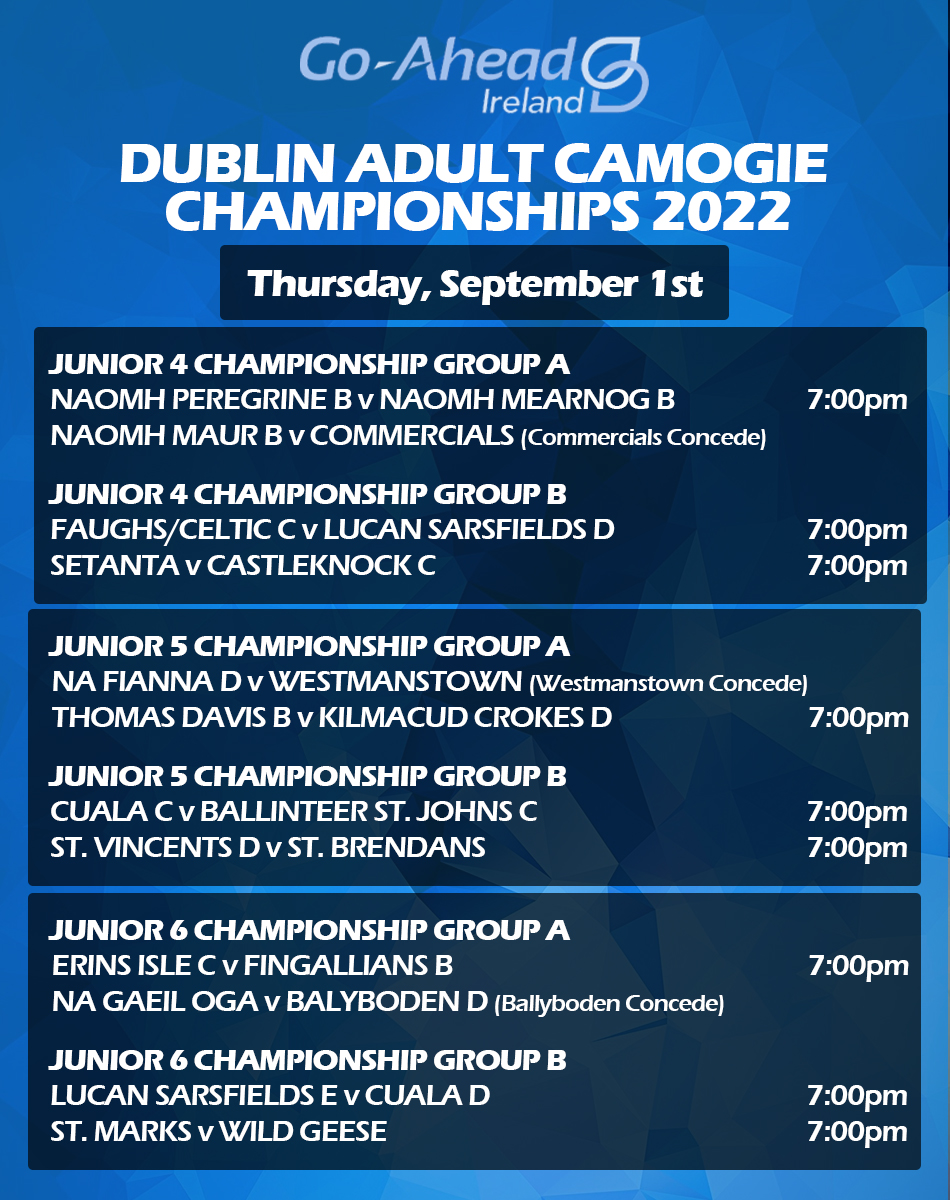 And in Group A with Commercials giving Naomh Maur B a walkover, it leaves Maurs topping the group and advancing to the semi finals. That leaves Naomh Peregrine B and Naomh Mearnog B battling it out tonight to decide the second knockout slot in the group. Mearnogs have one win under their belt beating Commercials in the last round. But it will mean nothing if they can’t get a result over Peregrines later. If Peregrines win tonight they’ll advance on the head to head rule. Mearnogs only need a draw so it will be an interesting match up.

It will be all about the game between Setanta and Castleknock tonight as they battle each other to decide the winner and runner up slots in Group B. Both have picked up two wins so far leaving Faughs Celtic C and Lucan Sarsfields D at the bottom of the group. Tonight their game against each other will decide their faith in the Championship Semi Finals.

Cuala C are top of Group B and tonight they’ll face Ballinteer St. Johns C who sit bottom of the group. They’ve already beaten St. Brendans and St. Vincents D so even if they lose and fine themselves level on points with either of the 2 sides they’ll still have a place in the Semi Finals of the Junior 5 competition. Brendans and Vincents are level so the winner of their tussle later will decide who joins Cuala in the last four of the competition.

Erins Isle C and Na Gaeil Oga are both on 4 points in the Group A table in the Junior 6 Camogie Championship. Fingallians B are on 2 points and face Isles tonight. If they can pull off a win against the group leaders it will see them join them in the Semi Finals. If Isles pick up the win it will make them clear goup winners with Na Gaeil Oga advancing to the knockouts.

In Group B, St. Marks and Wild Geese go head to head tonight. Marks are currently in pole position in the group with Wild Geese just behind them. A win for Marks will see them straight through, leaving Geese awat the outcome of the game between Lucan Sarsfield E and Cuala D. A win for Lucan will put them into the knockout slots all depending on the results between Marks and Wild Geese.

Some interesting matchups later. We’ll round up all the results tomorow and let you know the Semi Final and Shield competitors once all have been decided. So stay tuned.

Wexford Too Strong For Dublin In Leinster Minor Opener