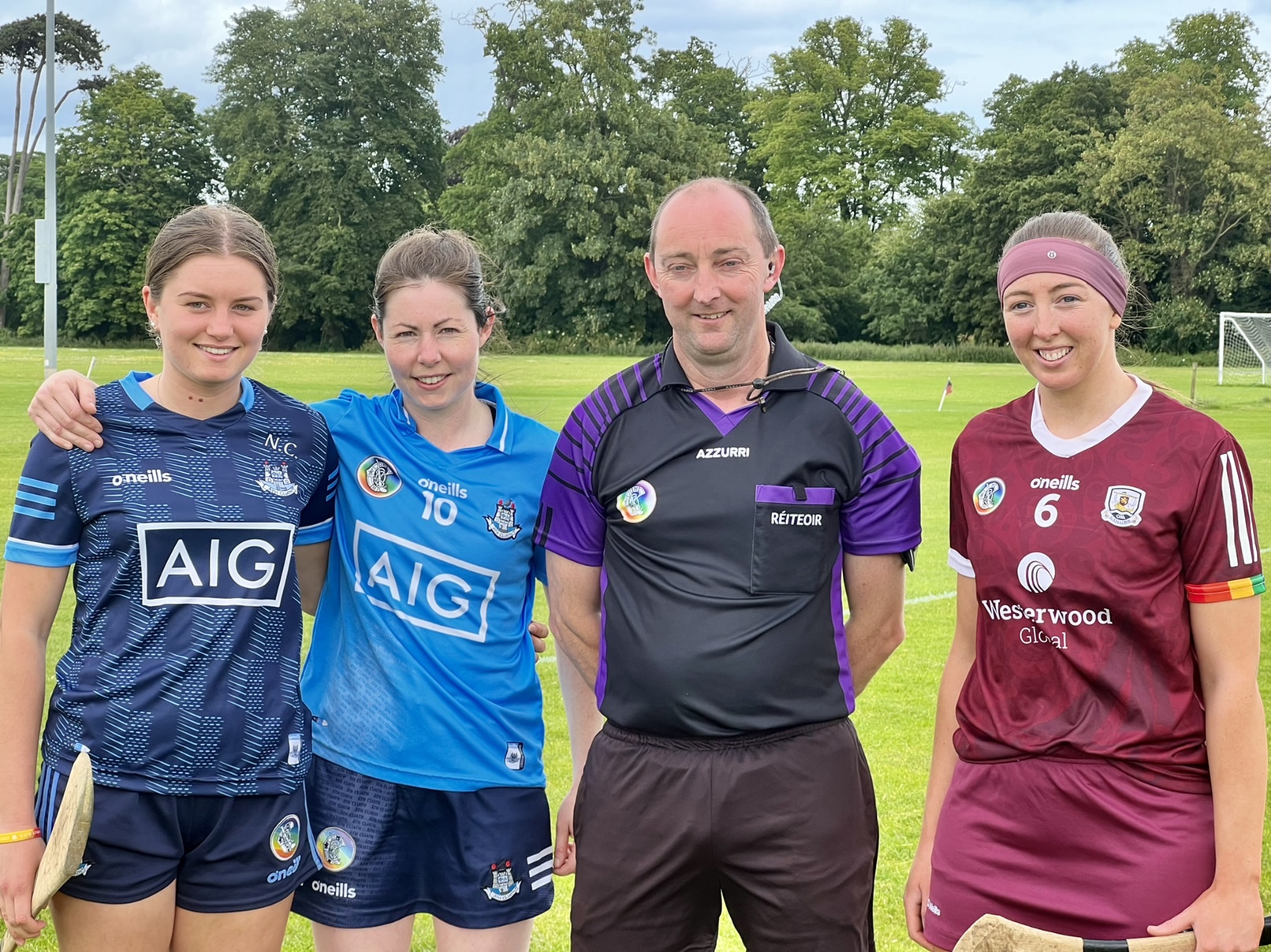 The young Dublin side got right into the battle from the off and fought right to the final whistle, but ultimately Galway’s constant pressure and accuracy from both open play and placed balls told in the end.

The opening exchanges were robust and proper championship hurling with both side refusing to take a step backward and the decision of the referee to let the teams compete added to the spectacle.

Galway opened the scoring in the opening minute with a free from Laura Kelly and that lead was doubled eight minutes later with a point from Laura Loughnane.

Two quick fire points from Abbie Ryan and Grainne Skelton brought the sides level with ten minutes gone on the clock. A driving run and shot from Siobhan Kehoe was deflected out for a 45’ which Ciara Holland dispatched to give Dublin the lead for the first time.

Galway though hit the next five points, Laura Kelly converted a 45’ and followed that up with a point from play and Tegan Canning, Katie Gilchrist and Ally Hesnan hit a point apiece as Galway started to find their range with unerring frequency.

A fine point from Ciara Holland pulled one back for Dublin, but Galway reeled off four more points before the break, Laura Kelly with three converted placed balls and a point from Cora Kenny to give the girls from the West a 0-10 to 0-03 half-time lead.

Dublin needed a quick start to tue second half if they were to get anything from the game but Galway put the game beyond the Dubs inside the opening nine minutes of the second period.

The one way scoring was momentarily halted with a converted Ciara Holland free, but a second goal for Galway scored by Niamh McPeake and points from Laura Keply from a free and Niamh Mclnerney put the Tribeswomen out of sight.

Dublin U16 Camogie team named for All Ireland Quarter Final

Dublin Camogie Board And FODH Running Bus To Cork For Quarter...