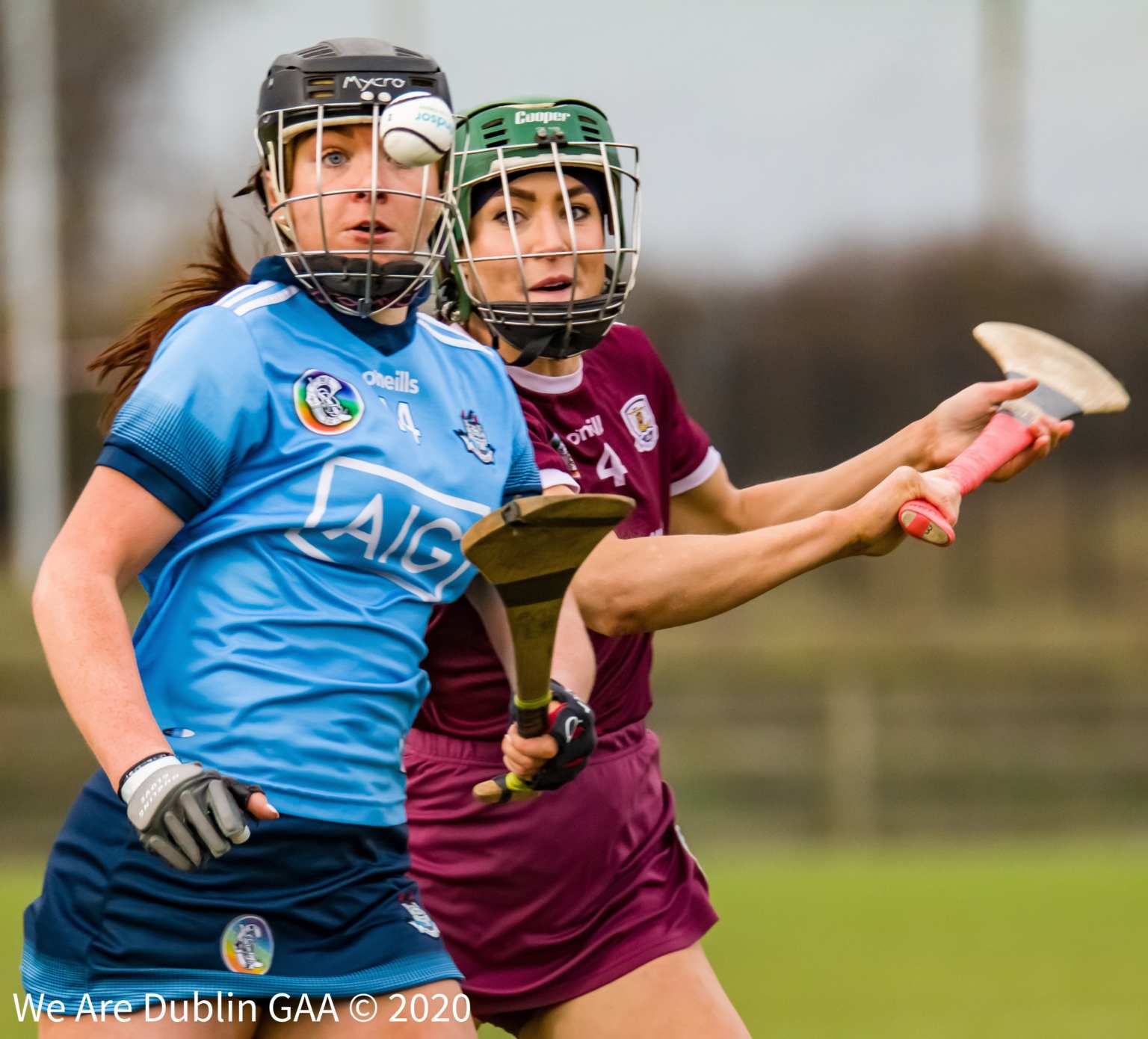 All Ireland Champions Galway were made to work hard to claim victory over Dublin this afternoon in their opening round league encounter in the Littlewoods Ireland National Camogie Leagues.

Dublin put in an excellent performance built on a ferocious work-rate that unsettled Galway at times and if Dublin had got a rub of the green with a couple of scoring opportunities during the game they may themselves have nicked the win.

The conditions were difficult for both teams today in TU Blanchardstown with a strong swirling wind somewhat favouring Galway in the first half.

But Dublin started brightly and took an early lead through Sinead Wylde, unfortunately they couldn’t build on that in the early exchanges and Galway hit four points in a row from Beccie Hennelly(2), Teeny Cormican and Sarah Healy from a free to lead 0-04 to 0-01 with eighteen minutes gone on the clock.

It became a right ding-dong battle for the rest of the half, Dublin swarmed around the Galway players in possession and turned over the ball on numerous occasions.

The pressure counted and Dublin hit back, with seven minutes left in the half Sinead Wylde struck an excellent free against the wind and it was a one point game when Wylde followed that up with a cracking point from play with the first half in added time.

But there was just enough time for Galway to add to their total from the hurl of Ailish O’Reilly to give the reigning league and All Ireland champions a two point buffer at the break with the score 0-05 to 0-03.

Just like the opening half Dublin grabbed the first score of the second period a fine effort from Martha O’Donoghue to leave one between the sides.

Galway though extended their lead with two points in as many minutes, a converted free from Carrie Dolan was followed by a well struck effort from Niamh Kilkenny.

Dublin though kept up their high pressure work-rate and they drew a foul which Sinead Wylde split the posts with and seconds later it was back to a one point game when Kerrie Finnegan scored a cracking point.

But every time Dublin got close Galway always found a way despite the intense pressure to score vital scores to keep the Sky Blues at arms length.

A free from Sarah Healy was followed by an excellent point from Beccie Hennelly to once again put three points between the teams. Sinead Wylde reduced the deficit with her fourth successful free attempt but it was as close as Dublin got.

It was a tense, physical and tight battle to the end but there was just one more score in the final quarter of the game a free from Beccie Hennelly which secured a three point win for Galway by 0-10 to 0-07.

They may have not got the result they wanted but Dublin certainly got a performance and although the players were bitterly disappointed at the end and felt they left it behind, there was plenty to be happy about particularly the ferocious work-rate throughout the game.

If they show that hunger for work for the rest of the season and fine tune what is a solid base to work from the results will certainly come.

Up next for Dublin is a trip to face Tipperary in round 2 and the hosts may well face a backlash from a Dublin side that is smarting from today’s loss. Beware the sleeping giant.