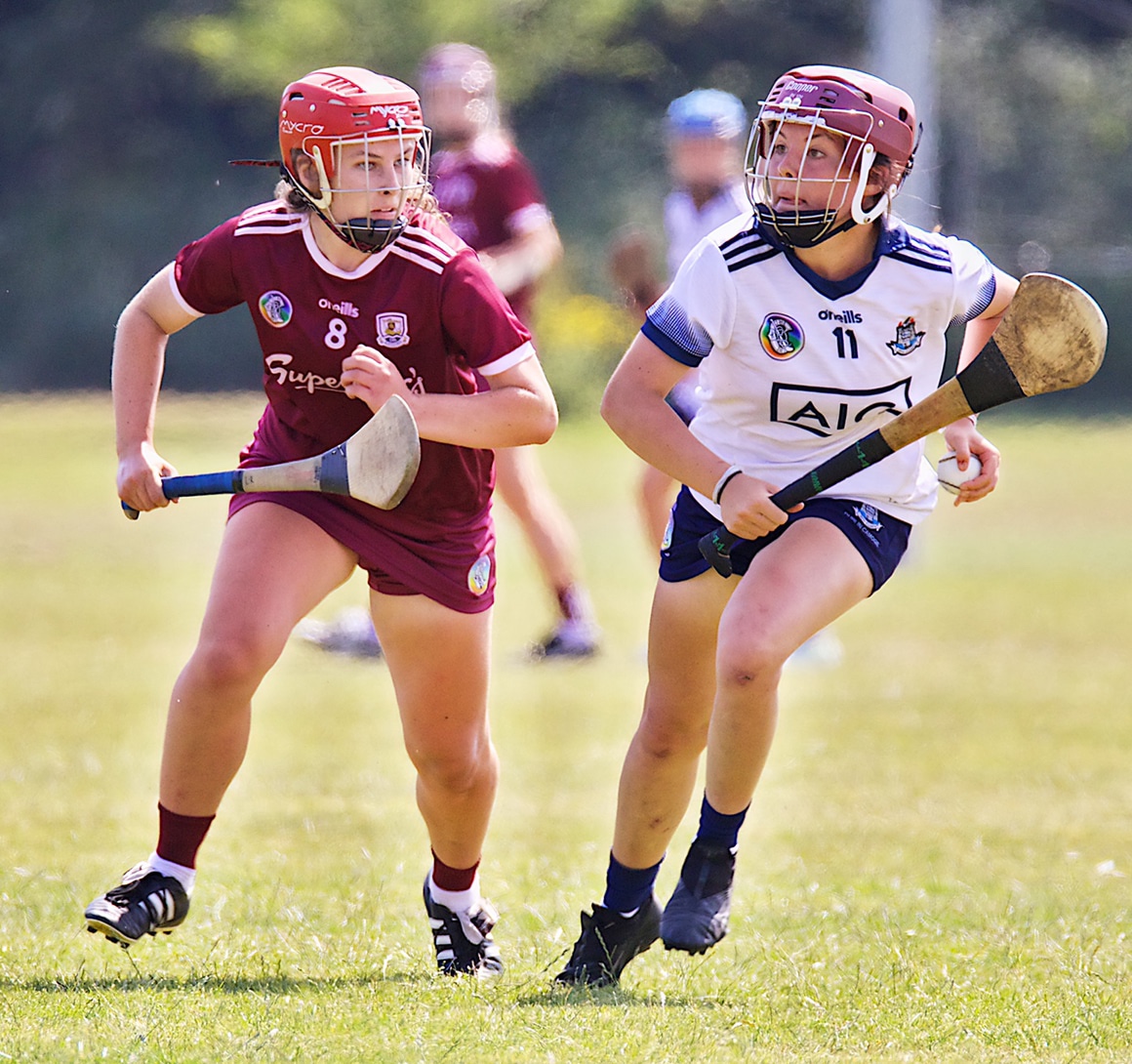 Dublin’s Minor Camogie team suffered a one point loss to Galway this afternoon in a Minor A Championship thriller in the Trinity Sports Centre.

Galway secured the fortuitous win thanks in no small part to the three goals they scored in the game particularly the two first half goals which kept the side from the West in touch with a Dublin side that threatened to pull away in the latter stages of the first half.

The loss was a cruel blow to Dublin who put in great performance and had to watch a late attempt for the equaliser drift wide of the post.

Dublin opened the scoring in the first minute with a converted free from Ellie Young. They were two in front seconds later as Young repeated the trick again.

Galway got off the mark with a point from corner-forward Chloe Farragher but two excellent efforts from Aisling Gannon and Annabelle Timothy gave Dublin a three point lead with eight minutes gone in the game.

Galway were being forced to shoot under pressure and hit a number of wides in the opening exchanges, but they scored their second point of the game from a Katie Gilchrist free.

Galway took the lead in the game for the first time in the tenth minute when Chloe Farragher smashed the ball to the net for the games opening goal.

Dublin’s centre half-back Claire Gannon broke forward from her defensive position to hit a fine effort over the bar to bring the sides level.

With eleven minutes left in the half Galway retook the lead with a superb point from midfielder Laura Kelly.

But Dublin hit a purple patch and scored four brilliant unanswered points from Róisín Ní Chathasaigh, Aine Rafter, Aisling Gannon and Ava Lambe to lead by three and at this stage threatened to pull away from their opponents.

Galway though got a slice of luck with three minutes to the break, a long ball was contested by two Dublin players and the ball broke kindly to the unmarked Chloe Farragher who buried the ball to the net for her second goal of the half.

Dublin broke back downfield, the ball was won in the corner by Aine Rafter who attacked along the endline and was upended in the square, the referee strangely instead of signalling for a penalty awarded a free on the edge of the large square.

Up stepped Ellie Young and despite three Galway players on the goal-line, hit a rocket of a shot into the bottom left corner of the net to send Dublin in at the break three points in front with the score 1-09 to 2-03.

The second half was a battle and a half, with Galway much improved in the second thirty minutes.

The sides swapped a point apiece in the opening five minutes of the second half, Katie Gilchrist pointed for Galway and another converted Ellie Young free retained Dublin’s three point advantage.

Two points in as many minutes from Galway’s Niamh McInerney left just the bare minimum between the sides.

Dublin reestablished a two point lead in the 38th minute courtesy of another successful free attempt from Young.

But after a fight for possession deep in the Dublin half the ball was played to an unmarked Emma Madden just to the right of the Dublin goal and she finished first time to the net to give Galway the lead.

That lead was extended to two points in the 48th minute with a pointed free from Katie Gilchrist.

The action was frantic and went from one end of the pitch to the other for the rest of the half – which in the scorching heat was a testament to the fitness of both teams.

Aisling Gannon reduced the deficit to a single point with six minutes to go, but Katie Gilchrist grabbed another a minute later to leave two again between the teams.

Second half Dublin substitute Aisling O’Neill and Galway’s Niamh McInerney both swung over excellent efforts as the game headed into injury time.

Dublin were awarded a free in the 63rd minute that Ellie Young converted to leave a point between the teams.

The young Dubs won the resultant puck-out and had one last attack, but under immense pressure their last effort to grab the equalising point drifted just wide of the right hand upright and Galway held on for the win in a Minor A Championship thriller that neither side at the final whistle deserved to lose.