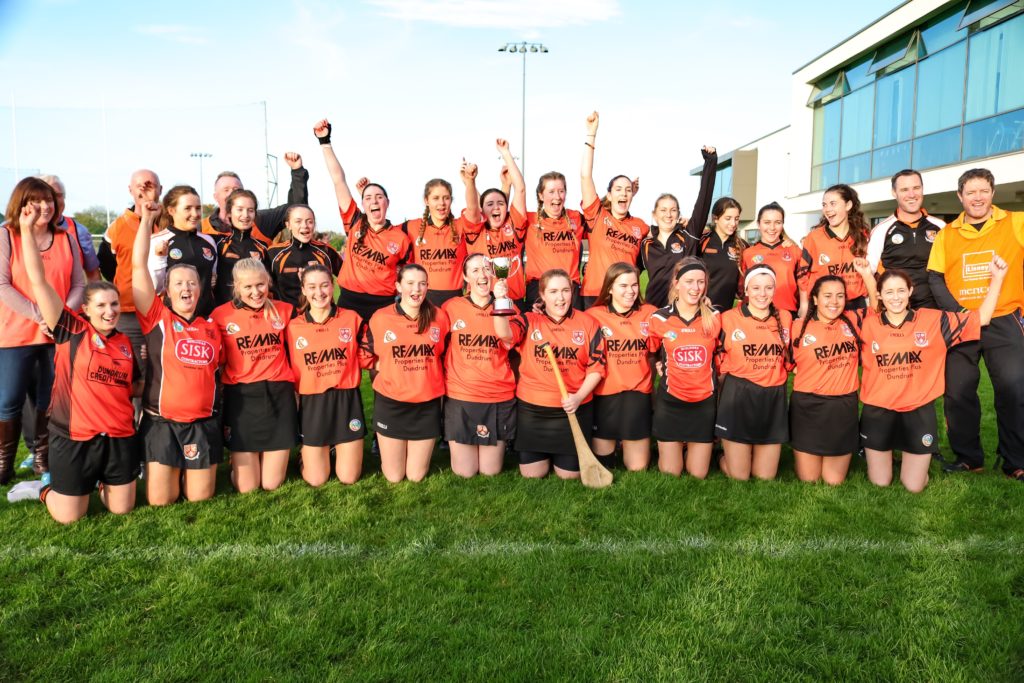 The second final up for decision last Sunday at a sunny Parnells GAA Club, was the meeting between Ballinteer St Johns and Commercials in the We Are Dublin GAA Senior 7A Camogie Club Championship Final.

The old saying goals win games was certainly true in this game and inside the opening three minutes Ballinteer had plundered two fine goals, one apiece from Fiona Connolly and Emma Johnson to rock Commercials onto the back foot from the start. 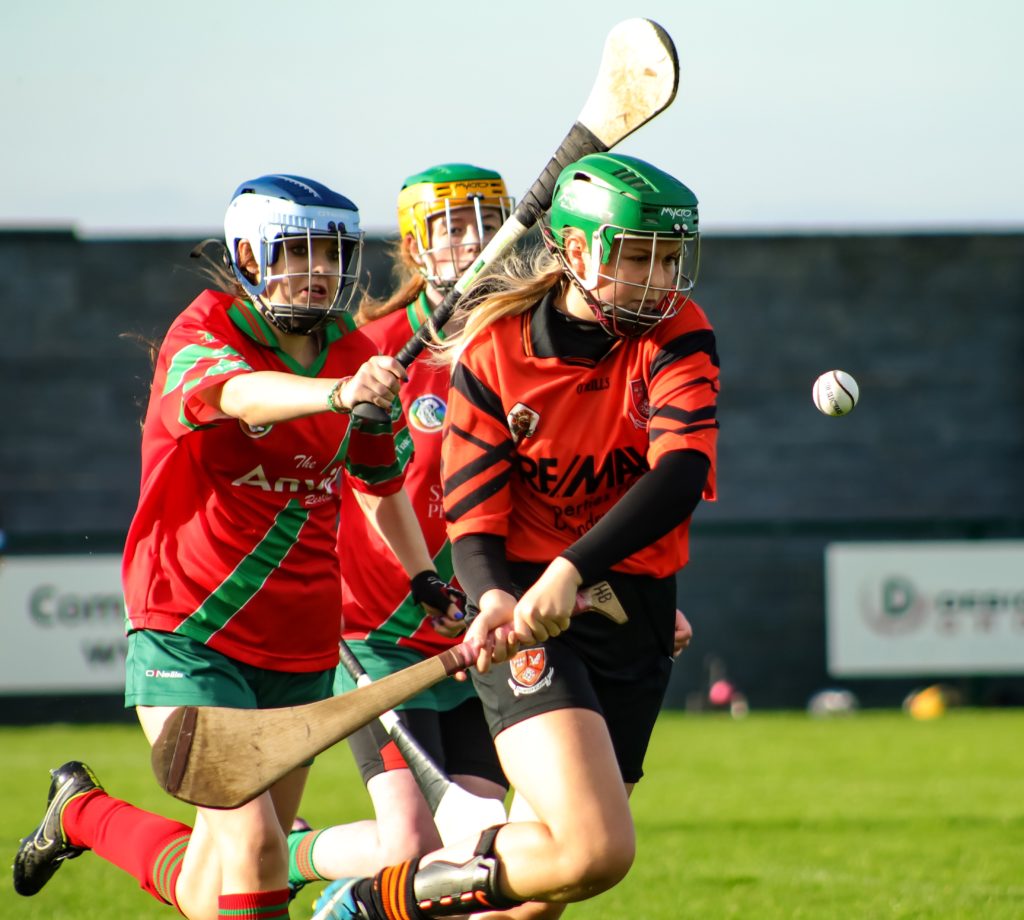 Ballinteer pushed their lead out to seven points with a point from Gráinne Freil. Commercials were struggling to get a foothold in the game and got their first score of the game seven minutes in from a Noelle Comyn’s free.

Ballinteer were enjoying the bulk of possession and added two more points from Maria Rooney and Emma Lane. 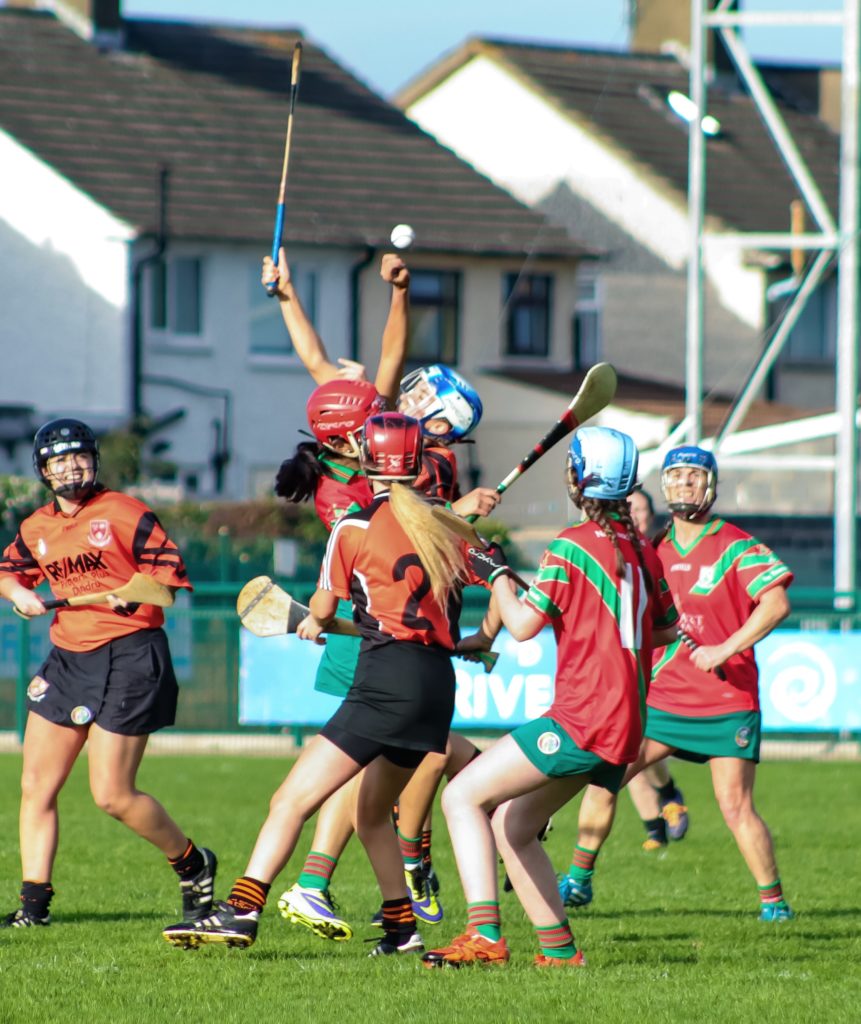 Emma Johnson was causing havoc with her pace and was ably helped with some excellent work from Fiona Connolly and Sarah Meagher who put in a player of the match performance.

Thirteen minutes in and Emma Johnson cut through the Commercials defence to finish Cooley to the back of the net and even with a lot of the game still to be played, the destination of the title was all but settled.

Commercials who are in the process of rebuilding their squad battled gamely throughout but they were struggling to create scoring opportunities against the solid Ballinteer backline. 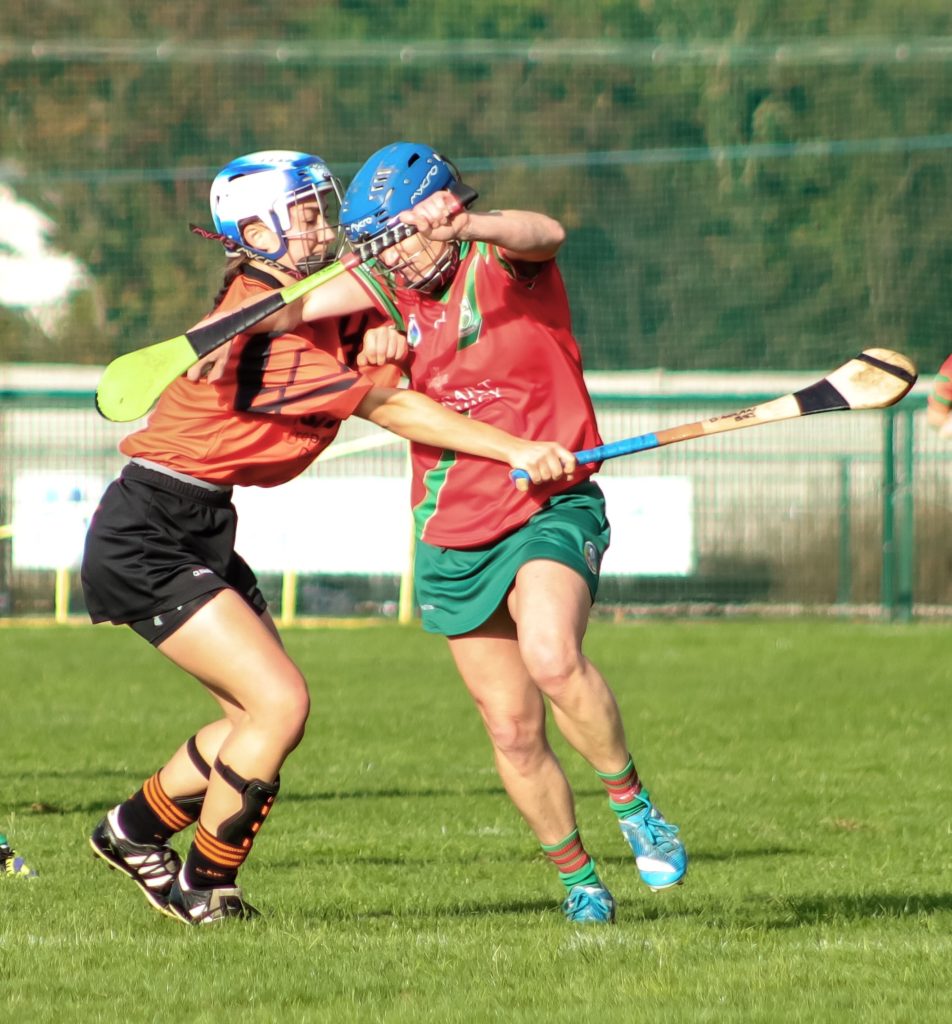 In the fifteenth minute they got their second point of the game from the trusty hurl of Noelle Comyn’s with a well struck free.

Ballinteer St Johns though were proving unstoppable and they hit an unanswered 1-03 in a six minute spell, a Emma Lane point from play was followed with a Sarah Meagher free, then nine minutes from the break Emma Johnson completed her hat-trick of first half goals with an excellent finish and a minute later Maria Rooney extended the lead further with a fine point. 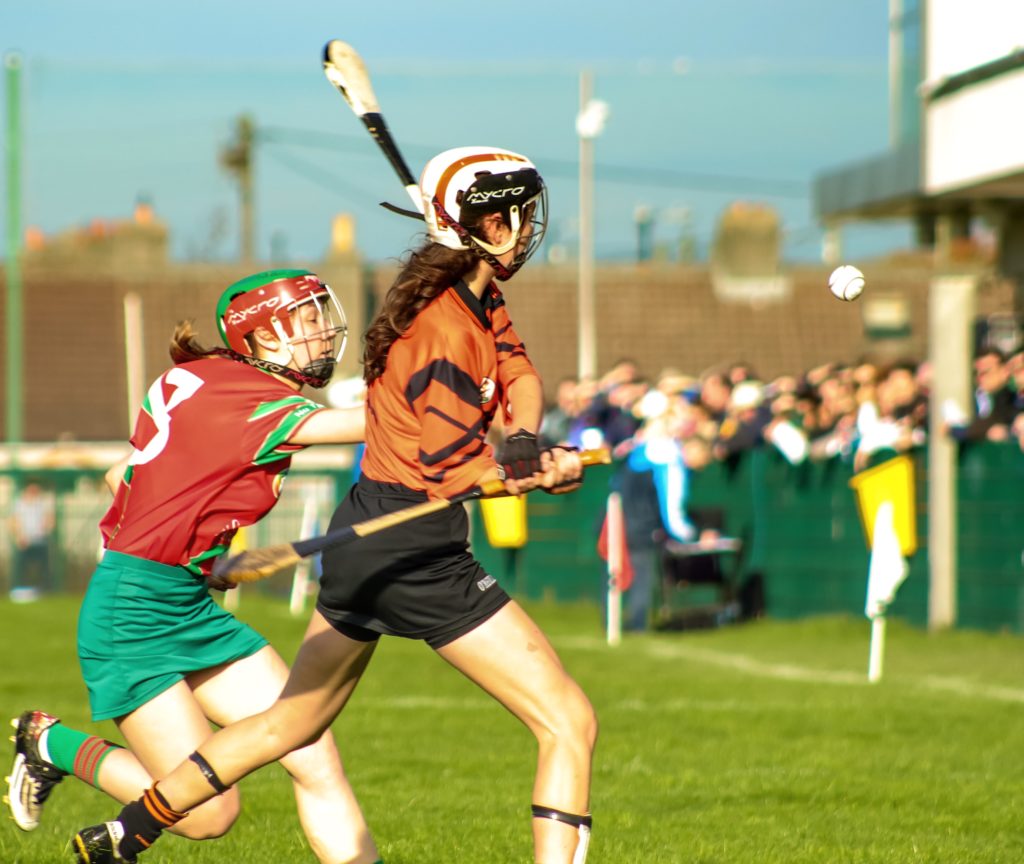 At this stage Commercials were looking at a sixteen point deficit, but they cut into that lead with three minutes to go. Some great build up work from Noelle Comyn’s was finished off to the Ballinteer net by Celena O’Neill.

But just before the half time whistle, Ballinteer’s Emma Lane hit a nice point to leave the score at half time 4-07 to 1-02 in their favour.

It was a mountain to climb for Commercials in the second half but they battled their hearts out and matched Ballinteer for the opening ten minutes of the second period. 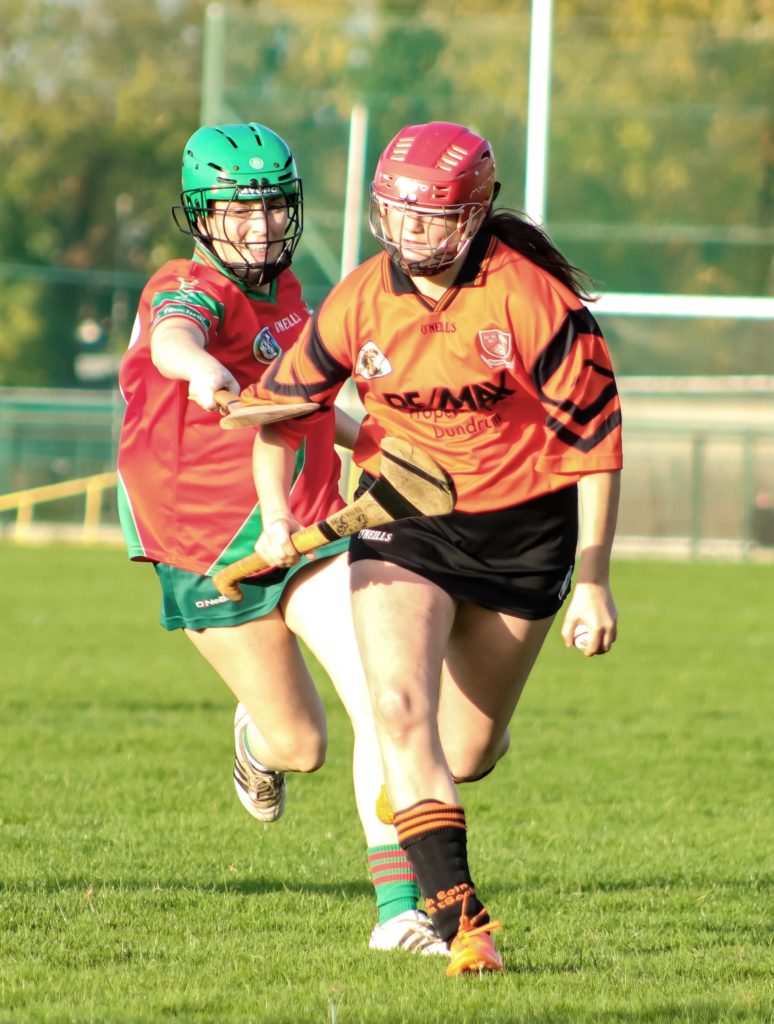 Ballinteer’s Emma Johnson hit the first point after seven minutes, two Noelle Comyn’s frees in the ninth and tenth minute gave Commercials some hope. But in the thirteenth minute ant slim hopes of a comeback were dashed when a Sarah Meagher free found its way to the back of the Commercials net.

Although the game was all but over both sides battled to the finish. That battle was really evident after a Maria Rooney point for Ballinteer with sixteen minutes left as the teams cancelled each other out in a fourteen minute barren scoring spell. 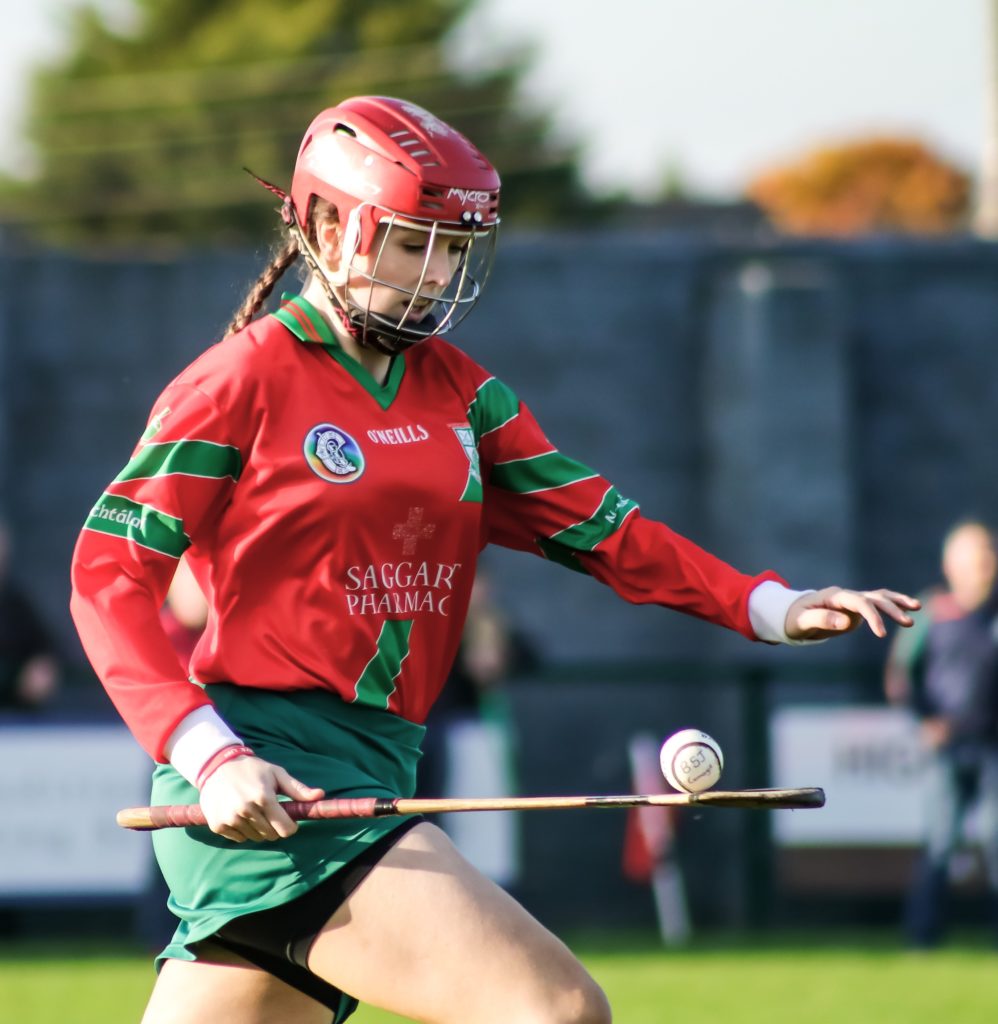 That was broken with two minutes of normal time remaining with an excellent point from play for Commercials from Noelle Comyn. Seconds later and Ballinteer responded with a great point from Emma Lane.

The game finished with a free apiece, the Commercials point scored by Noelle Comyn and the Ballinteer free was scored by Sarah Meagher. 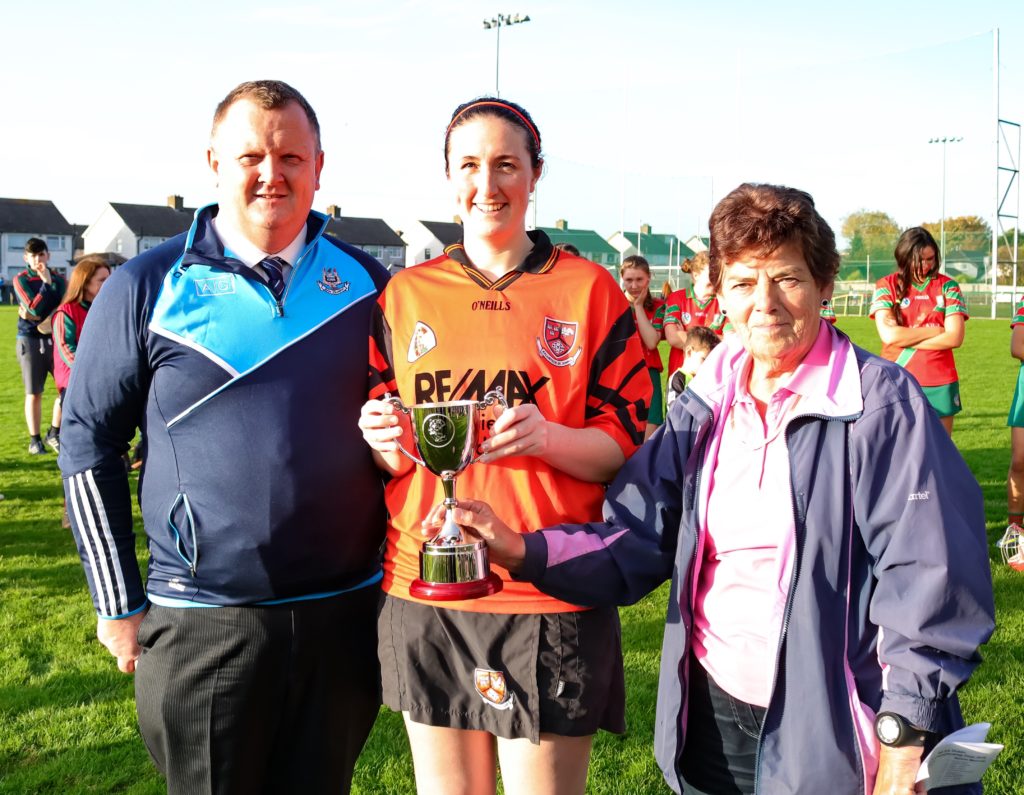 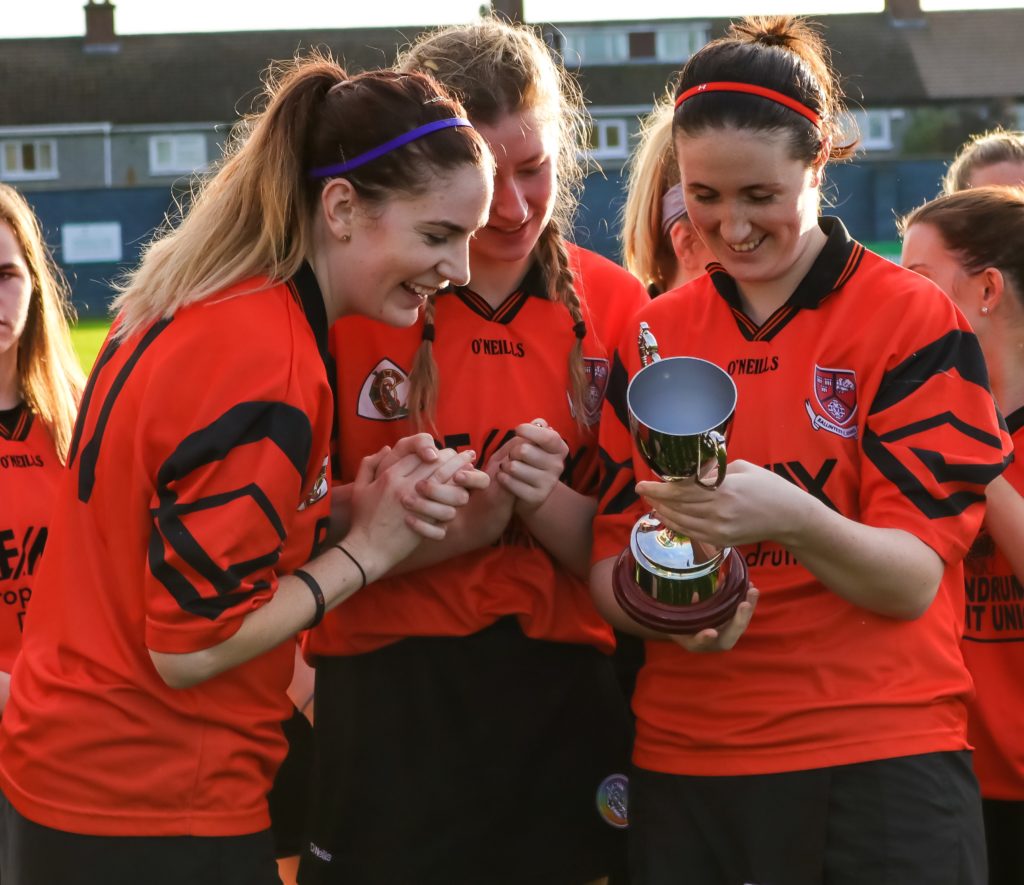 5. Lauren Healy for 11. Rebecca Noone

Player Of The Match: Sarah Meagher 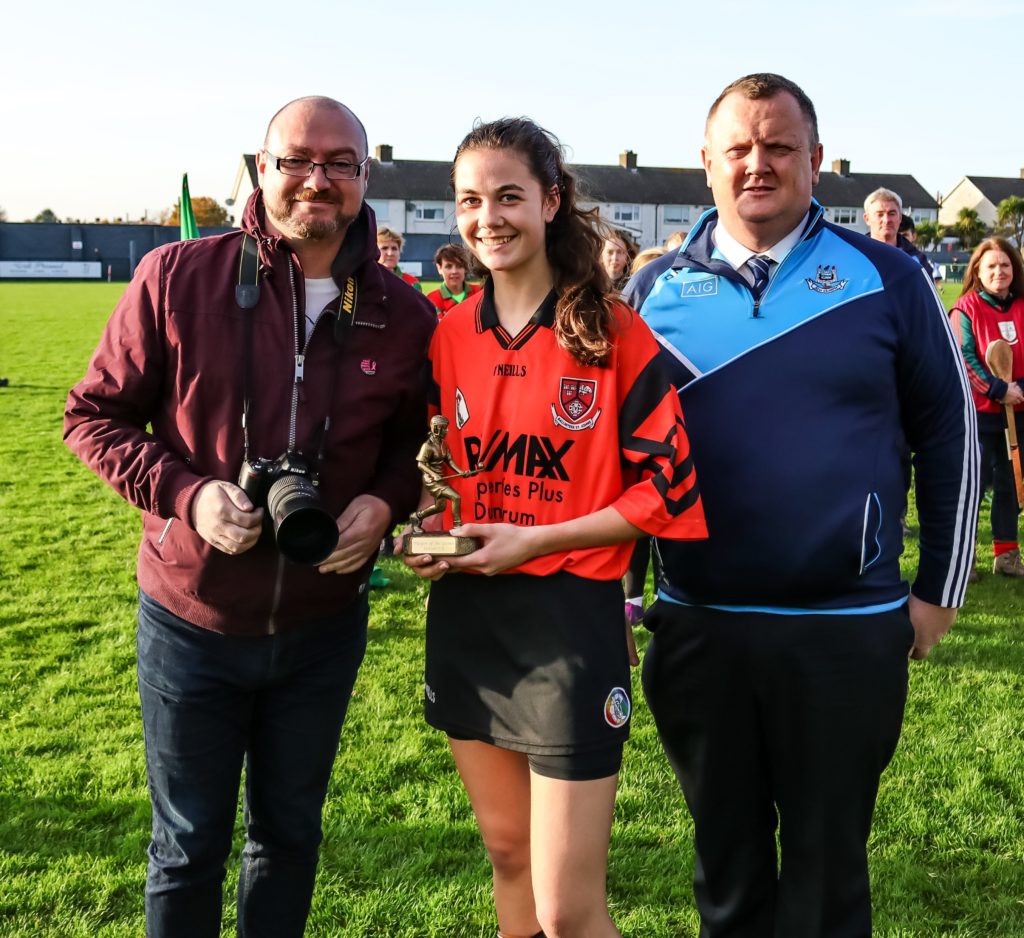