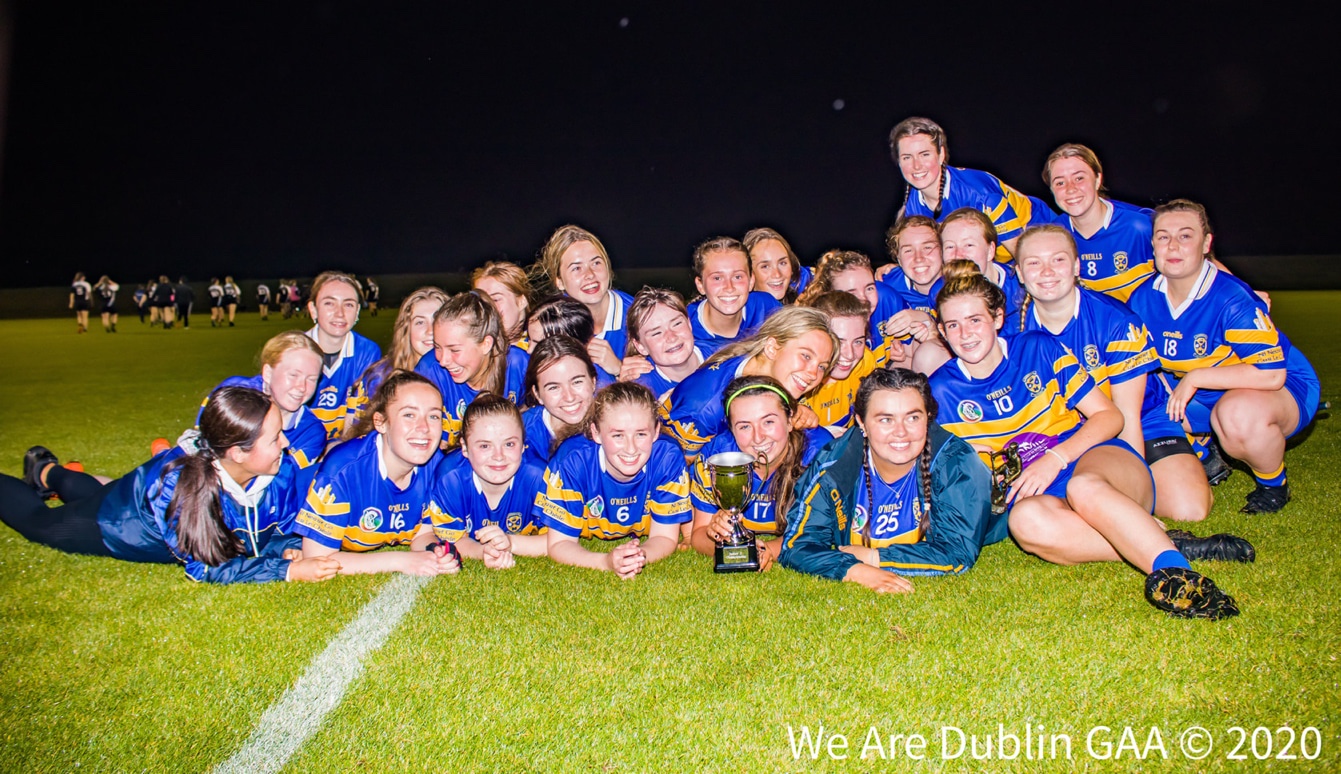 Castleknock claimed the We Are Dublin GAA/Dublin Camogie Junior 2 title this evening in Abbotstown against a galant Good Counsel side.

Good Counsel were appearing in the final for the second year in a row but unfortunately like last year they came out the wrong side of a competitive final played in wet and windy weather in the Blanchardstown venue.

Castleknock took the lead early in the final and never relinquished it over the next sixty plus minutes despite the efforts of a gritty Good Counsel side.

There was only a point between the sides at the break, but a goal just after the restart put Castleknock in the driving seat and despite being a player down after midfielder Sinead Feeley was sent off on a straight red card in the 36th minute, solid defending and for the remainder of the second half stopped Good Counsel making their numerical advantage count.

Three points inside the opening five minutes from Emma Diamond and Eva Mulholland from open play and a converted free from captain Sophie Brown gave Castleknock the lead.

Twelve minutes in and Good Counsel got on the scoreboard with a nice point from Edel Reid.

The game was end to end in the opening quarter and looking back Counsel will be disappointed with the three opportunities they missed during this period particularly given they lost the game by that margin.

The Castleknock lead was extended in the 13th minute with an excellent point from Emma Diamond who impressed throughout the contest. 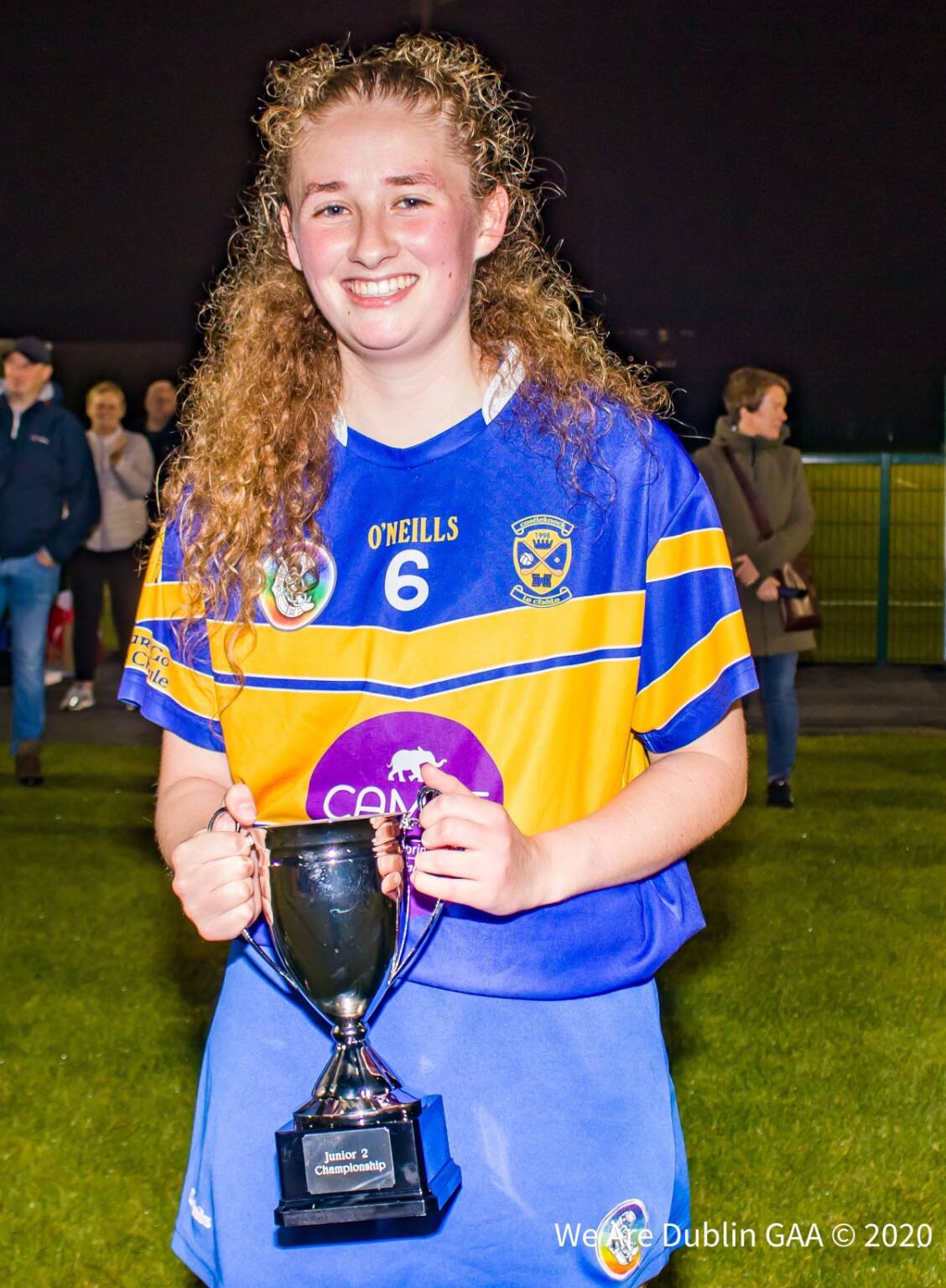 But Good Counsel hit back with two points in a row from the ever dangerous Kirsten Farrell to put the bare minimum between the sides.

The lead was back to two for Castleknock thanks to a sublime point from the superb Mollie Turner who scooped the Player of the Match award.

The side from Somerton missed two opportunities to double their lead and seven minutes from the break Jennifer Moore struck a fine effort over the bar to make it a one point game.

Neither side could add to their tally before the short whistle leaving the score at the half-time 0-05 to 0-04 in Castleknock’s favour.

The side from Somerton took control of the final straight after the restart when Eimear Stynes found the back of the net.

Good Counsel though dusted themselves off and hit back with two excellent points in the space of a minute from midfielder Niamh Ryan and half-forward Edel Reid.

The action continued unabated and Emma Diamond responded for Castleknock splitting the posts with her effort to give her side a three point lead.

But three minutes later and Castleknock were dealt a blow as midfielder Sinead Feeley was shown the line on a straight red card for a striking offence on Good Counsel midfielder Niamh Ryan.

Unfortunately for Good Counsel they never took full advantage of the extra player thanks in no small part to the solid defensive work from the Castleknock backline and the tracking, harrying and blocking of their midfield and half forward line. 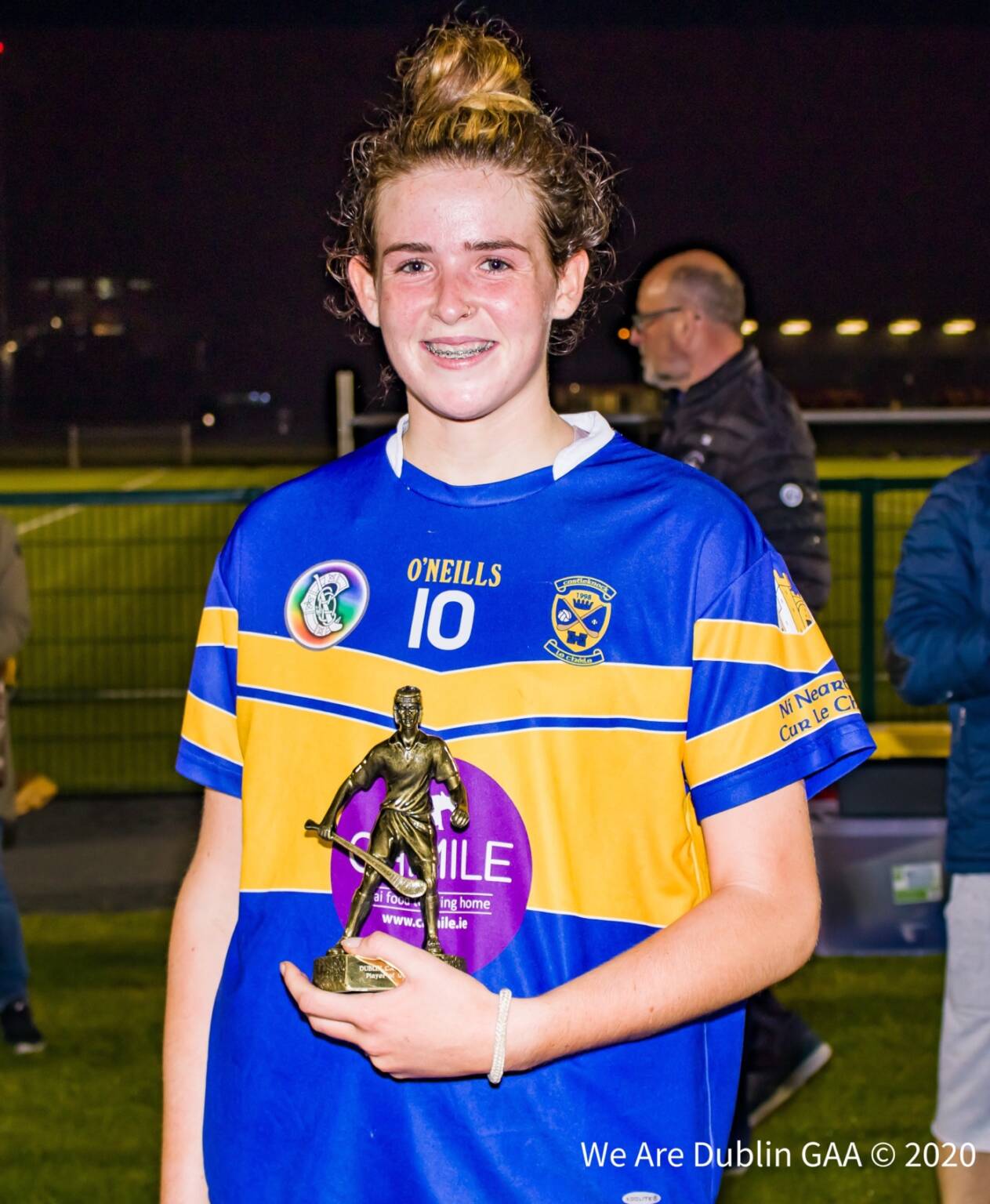 Counsel did reduce the deficit at the end of the third quarter with a pointed free from Ciara Downey. But a point from play from Alana Prior put a goal between the teams again in the 49th minute.

A third point of the game from Kirsten Farrell reduced the lead to two but Castleknock finished the game strongly and points from Alana Prior and a converted free from Mollie Turner put them four in front as the game headed into the final minute.

Good Counsel couldn’t conjure up the goal they desperately needed in the dying minutes and had to settle for a point from Jennifer Moore in added on time and Castleknock held on to claim the We Are Dublin GAA/Dublin Camogie Junior 2 title with a three point victory.

Player of the Match: