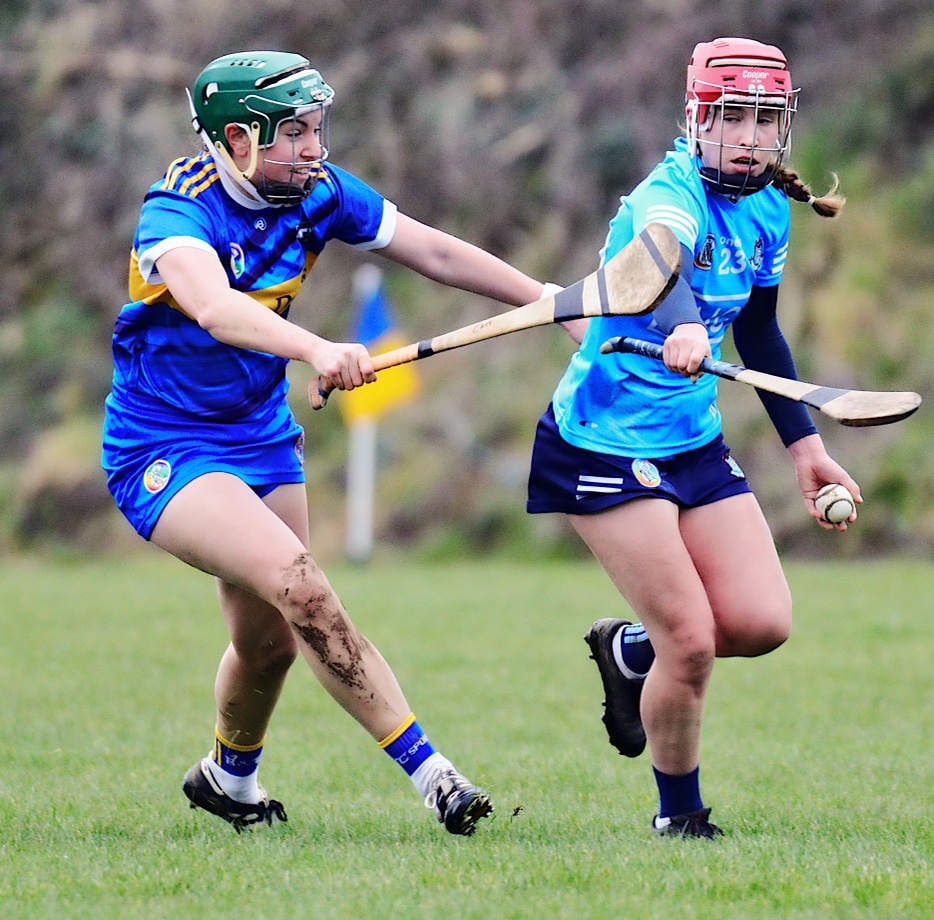 Tipperary handed Dublin their second league defeat of the year in a highly competitive encounter this afternoon in The Ragg.

Tipperary capitalised on a slow start by Dublin to build up a six point lead inside the opening eleven minutes scoring an unanswered 1-04 with the goal coming from corner forward Casey Hennessy.

Dublin though found their stride and hauled themselves back into the contest thanks to a clever Kerrie Finnegan goal and the free taking of Aisling Maher.

Adrian O’Sullivans side were unlucky to be behind by four points at the break, an early goal opportunity by Aisling Maher was brilliantly saved and one of Tipperary’s late points in the half was fortunate to stand and should have been a free out to Dublin for a blatant push in the back of Muireann Kelleher.

Just before the half-time whistle the weather deteriorated and the players came out for the second half to a howling wind and driving rain.

In fairness to both teams despite the dreadful conditions they produced an entertaining and highly competitive thirty plus minutes of action.

Although both sides managed just three points each in the second half, Dublin shaded the half and carved out two excellent goal opportunities, but were left to rue not taking on the shot and carrying it closer to goal which allowed the Tipperary defenders to nick the ball away.

Dublin opened the scoring in the game inside the opening thirty seconds with a fine point from Kerrie Finnegan.

Tipp though settled quickly and four minutes later had taken the lead with a pointed free from Cait Devane and a point from play by Grace O’Brien.

The sky blues got there first look at the Tipp goal in the sixth minute but Aisling Maher’s effort was saved. Tipperary broke down field and Claire Hogan doubled the Premier Counties lead.

Another point from Cait Devane was followed seconds later with the games opening goal with Casey Hennessy cutting in from the right and drilling the ball from close range past Dublin keeper Eabha Mooney to open up a six point lead.

An Aisling Maher converted free stopped the one way scoring traffic momentarily, but a nice point from Caoimhe McCarthy midway through the half restored Tipp’s six point advantage.

Two Aisling Maher points, one from a free and the other from open play were replied in kind with points from Grace O’Brien and Caoimhe McCarthy.

Seven minutes from the break and Dublin worked the ball down the right wing, the ball was fed into Kerrie Finnegan who caught the pass brilliantly, turned her opponent and headed for goal, the Tipperary keeper sprinted from her line and Finnegan cleverly batted the ball over the keepers shoulder into the back of the net to leave three points between the sides.

Cait Devane knocked over a point in the thirtieth minute for Tipp but Dublin responded down the other end with a point from Aisling O’Neill as the game headed into injury time.

But Tipp had the last day of the half with Cait Devane scored her fourth point of the half from a free to leave four points between the sides with the half-time score 1-09 to 1-05.

Weather conditions were atrocious for the second half and a combination of dogged defending and slippery conditions contributed to an entertaining but low scoring second half.

The first point after the break arrived in the forty eight minute a converted free from Cait Devane.

Dublin though carved out two goal scoring opportunities, but on both occasions the Dublin players didn’t take on the shot early and carried the ball a little closer to goal which allowed the Tipp defenders get a hurl in and knock the ball away.

Seven minutes from time Jody Couch pulled a point back for Dublin but another Devane free kept the Dubs at arms length.

Things though got a little nervy for Tipp in the closing minutes when Aisling Maher converted two frees to leave just three points between the sides.

With just a score between the teams and considering the weather conditions where one slip could prove disastrous, the Tipperary supporters were relieved to see Eimear Heffernan’s effort sail between the sticks for the insurance point and a four point victory.