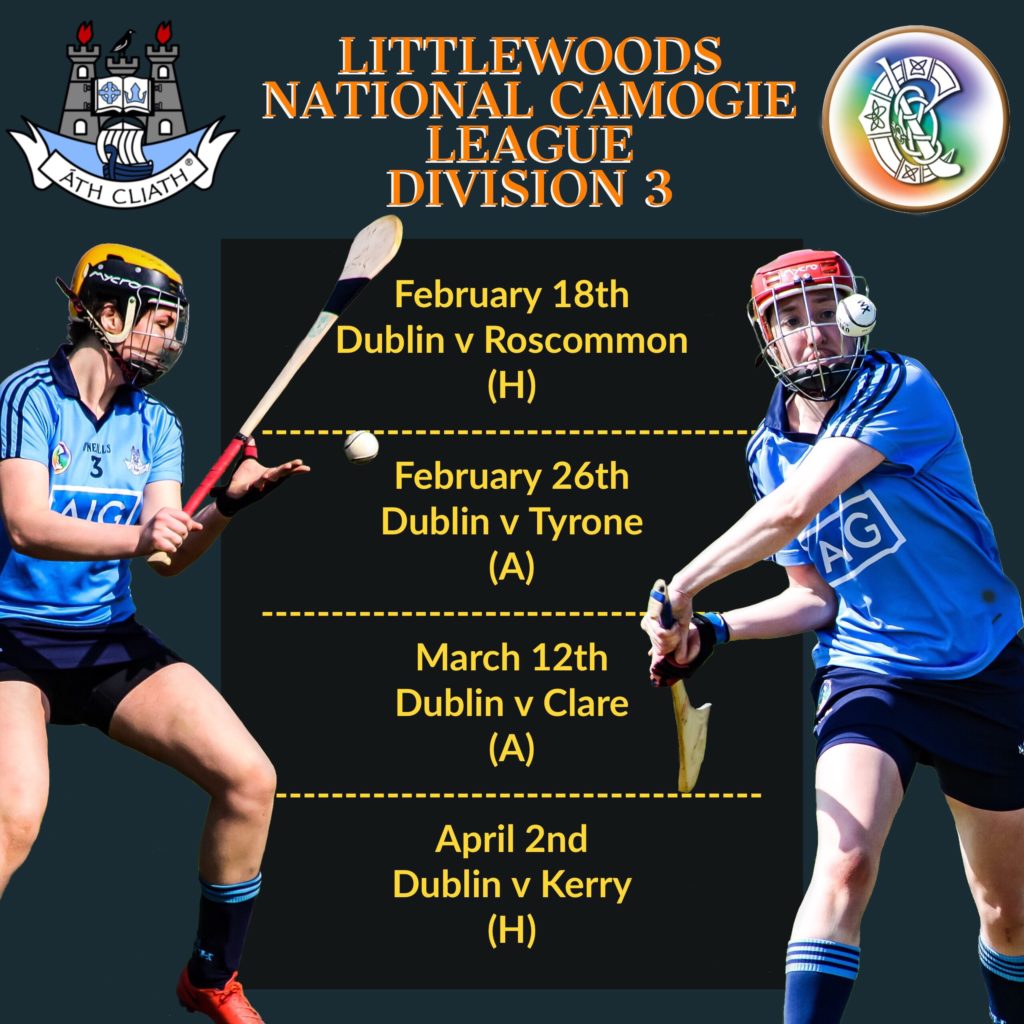 The game takes place in the Institute of Technology in Blanchardstown, with the throw-in time down for 2pm.

Both sides know each other extremely well in terms of recent meetings over the last number of seasons.

But as far as personnel for Dublin is concerned, this is a totally new squad that manager Shane Plowman has assembled with only a couple of players retained from last season.

The Premiers follow up Saturday’s game with two away fixtures, the first of those is the following Sunday the 26th Of February when Dublin travel north to take on Tyrone.

On the 12th of March the girls in blue head west to battle it out with Clare.

Dublin’s final group game on the 2nd of April will be a home fixture against the girls from the Kingdom.

Depending on results in the previous rounds this one may be a make or break fixture for a place in the League Semi-Finals.