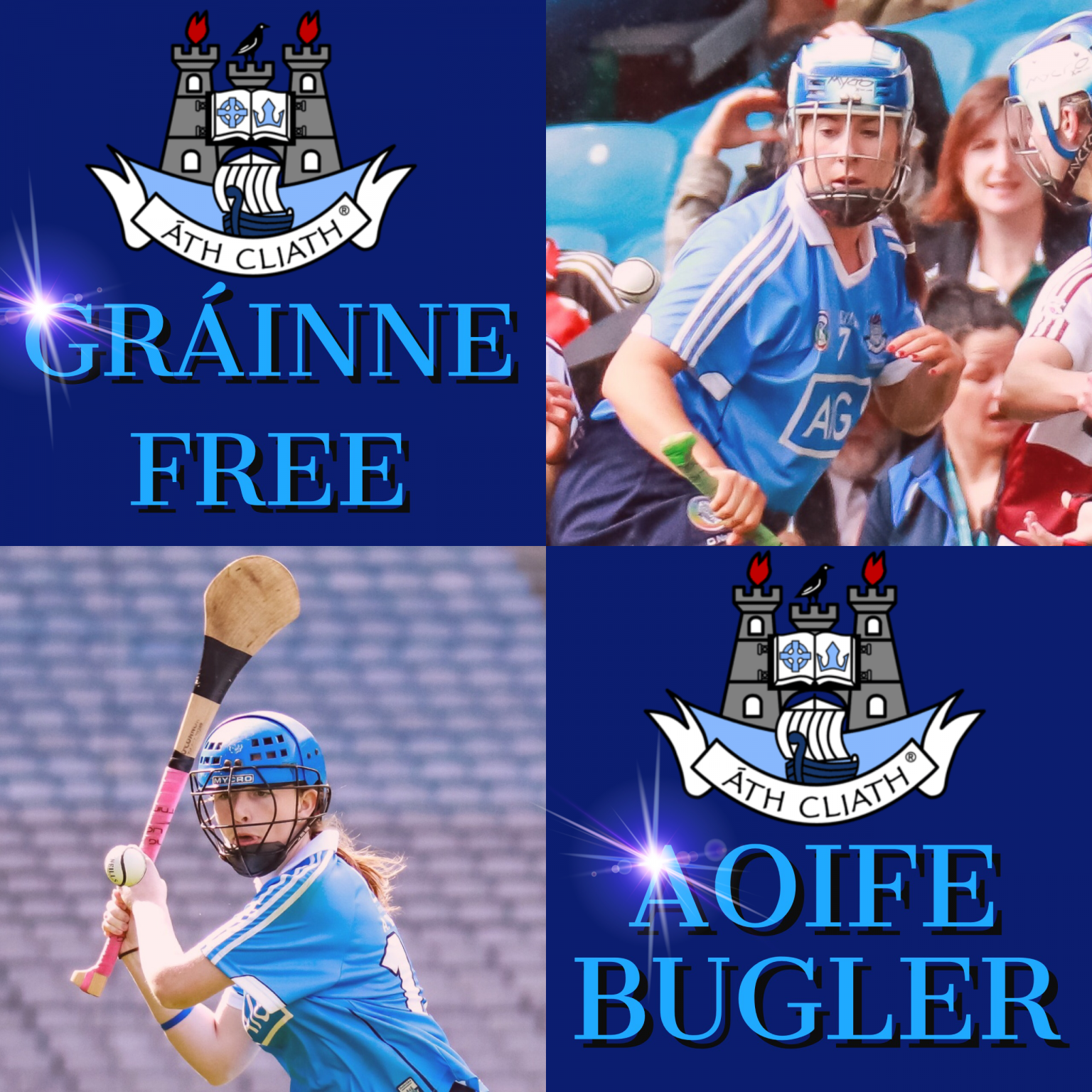 Dublin Premier Junior players Gráinne Free and Aoife Bugler have been nominiated for this year’s Soaring Star Awards following their impressive season which saw their team win Division 3 of the League and reach the All-Ireland final.

This year sees a change to the format for the Intermediate and Premier Junior grades with awards being presented to the 15 most outstanding players across the Intermediate and Premier Junior Championships, drawn from 36 nominees across both grades for the first time. The 15 recipients will be announced at the Camogie All-Stars Awards banquet, sponsored by Liberty Insurance at Citywest Hotel on Saturday November 4th.

President of the Camogie Association Catherine Neary congratulated the nominees stating that “The Camogie Soaring Stars Awards celebrate our Intermediate and Premier Junior intercounty players. This year we have extended our Soaring Stars as it is the first time that we will have a Soaring Stars team which ensures that as an organisation we continue to acknowledge the achievement of our players at Intermediate and Premier Junior level both on the playing field and off it.

“These nominations recognise the skill, commitment and sportsmanship of our players and I congratulate each of the nominees from across 11 counties. While Camogie is a team sport it is important to acknowledge at a national level the continued contribution that our players make to our game. I wish to take this opportunity to once again acknowledge the contribution of our commercial partners Liberty Insurance for their continued sponsorship of the Camogie Soaring Stars.”

Deirdre Ashe, Director of Personal Lines for Liberty Insurance said that “The Camogie Soaring Stars Awards recognise the outstanding achievement of players and management from the Liberty Insurance All-Ireland Camogie Championships earlier this summer; congratulations to everyone who has been nominated. We’re delighted to sponsor the awards again this year and are looking forward to what is always a memorable and very special evening of celebration on November 4th.”