Scoreline not a true reflection of Dublin Seniors performance 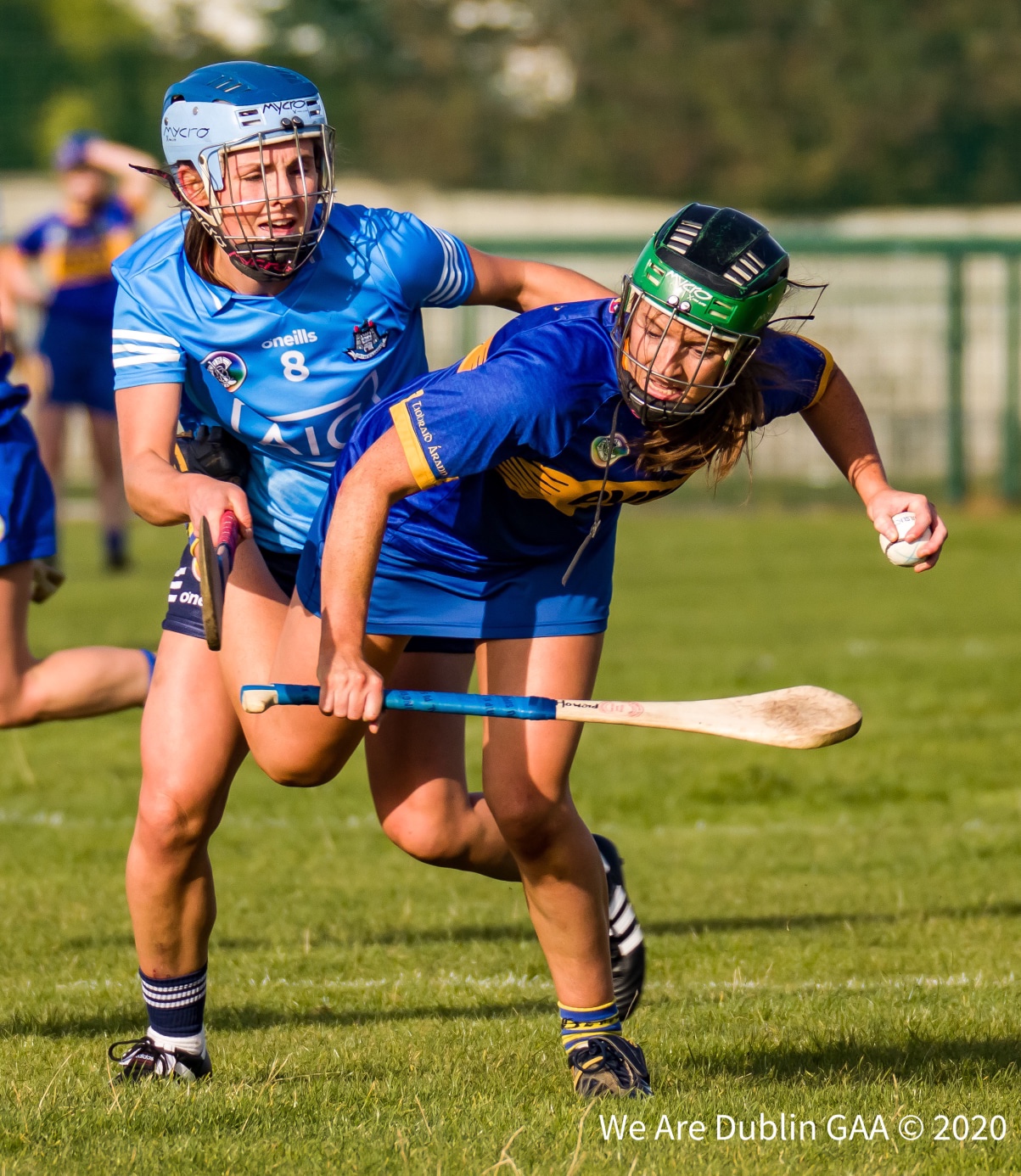 There were plenty of positives to take for the Dublin seniors in today’s Liberty Insurance Senior All Ireland Camogie championship defeat to Tipperary.

The final scoreline doesn’t truly reflect the game with Tipperary getting a huge slice of luck for their goal which put a gloss on the result.

The Dublin management though will be pleased by many aspects of the team’s performance today.

The work rate from the players couldn’t be faulted and they worked as a team hassling and harrying opposition players in unison. Going forward Dublin put together some excellent passages of play involving crisp clever passing and support play.

There were however areas that management will be keen to work on this week in training.

Dublin had ample scoring opportunities in the first half, but eight wides in the opening half hampered their good approach work. Also a number of promising positions were squandered as a result not holding on to possession in the scoring zone.

Now that also has to be taken into the context that this was the Dublin seniors first outing in this year’s competition and Tipperary were playing their second game and that little edge in match sharpness was evident.

But overall there was plenty of optimism to take from Dublin’s display today and they will certainly benefit from the game under their belts.

It was almost the perfect start for Dublin inside the opening minute when Jody Couch cut inside an unleashed a shot at goal but Tipperary keeper Aine Slattery made a fine save and deflected the ball out for a 45’ which Aisling Maher converted to give Dublin an early lead.

That lead was doubled in the fifth minute when Maher converted a free. Two minutes later and Tipperary grabbed their first score of the game with a fine point from corner forward Ereena Fryday. Another effort from play followed from Orla O’Dwyer and the sides were level.

Dublin attacked straight from the puck-out and the ball was worked into Ali Twomey who split the posts to regain the lead for the sky blues.

Then in the twelfth minute Tipperary got a huge slice of luck, a long range effort looked to be drifting wide but struck the upright and the ball fell straight in the hand of Cait Devane right in front of goal and she buried to the net.

The action continued thick and fast from one end of the pitch to the other but neither side could convert an opportunities and between them they racked up seven wides in an eight minute period.

The scoring drought was end in the twentieth minute with a point from Karin Blair. Sinead Wylde responded for Dublin with an excellent point.

A point from play by Roisin Howard and converted free from Cait Devane put Tipperary four in front but in injury time of the first half another sumptuous point from Sinead Wylde left a goal between the teams at the break with the score 1-05 to 0-05.

Dublin reduced the deficit to two in the opening minute of the second half with a converted Aisling Maher free. Tipperary piled on the pressure but four wides in a row from the Premier County stopped them in the tracks.

There was little between the teams during this period and they swapped a brace of points between the 38th and 46th minute with points from Cait Devane and Grace O’Brien cancelled out by two more Aisling Maher converted frees.

But Tipperary hit a purple patch and hit three unanswered points from Roisin Howard and Grace O’Brien with excellent efforts from play and a Cait Devane free stretched the lead out to five with six minutes left on the clock.

Aisling Maher forever a thorn in the Tipperary defence struck over an effort from the right. But two points from Cait Devane, one from play and the other from a free put six between the teams as the game headed into injury time.

The Dublin seniors though couldn’t conjure up the goal opportunities they needed and had to settle for what was a super point from substitute Leah Butler and the full time whistle sounded shortly afterwards to give Tipperary the win.

Dublin will now head West next weekend to take on Clare in a must win game and a place in the All Ireland quarter finals.