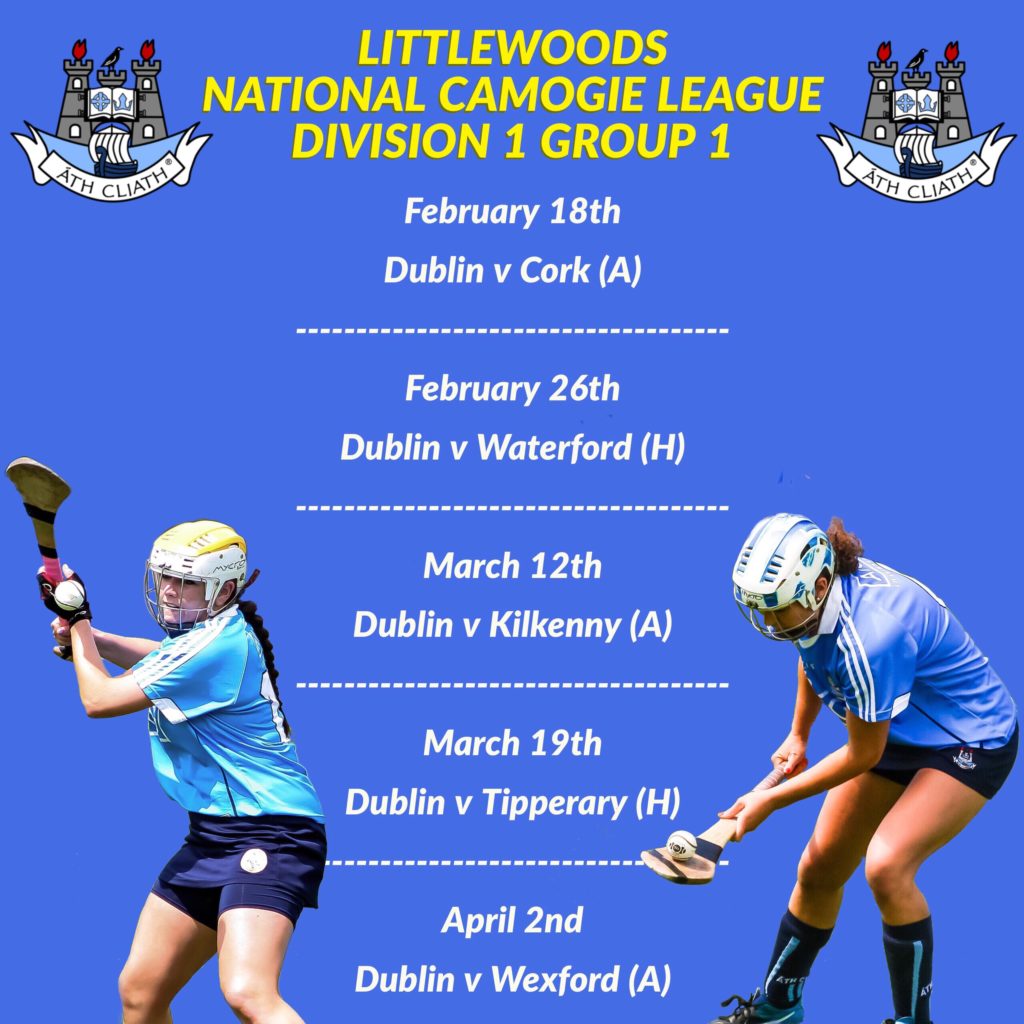 This Saturday Dublin’s Senior Camogie Squad get their Littlewoods National Camogie League campaign up and running with an away trip to take on All Ireland Finalists Cork.

Dublin will also have away trips to play Kilkenny and Wexford and two home games against Waterford and Tipperary.

Dublin couldn’t have asked for a tougher group, particularly as it contains All Ireland Champions Kilkenny and runners up Cork, who themselves won the O’Duffy Cup in 2014 and 2015.

New Dublin manager David Herity won’t have the luxury of easing into the campaign considering the difficult opener against the ladies from Leeside and will need to have his squad ready to hit the ground running on Saturday afternoon.

But knowing David’s attention to detail
and his pedigree as a five time All Ireland winner himself with Kilkenny, you can be assured his squad will be well prepared, focused and ready for a battle this weekend.

DUBLIN CAMOGIE COUNTY BOARD SEEK NOMINATIONS FOR U15 SCHOOLS OF EXCELLENCE...

Losing Start To Division 2 For Dublin Intermediates As Antrim Claim...