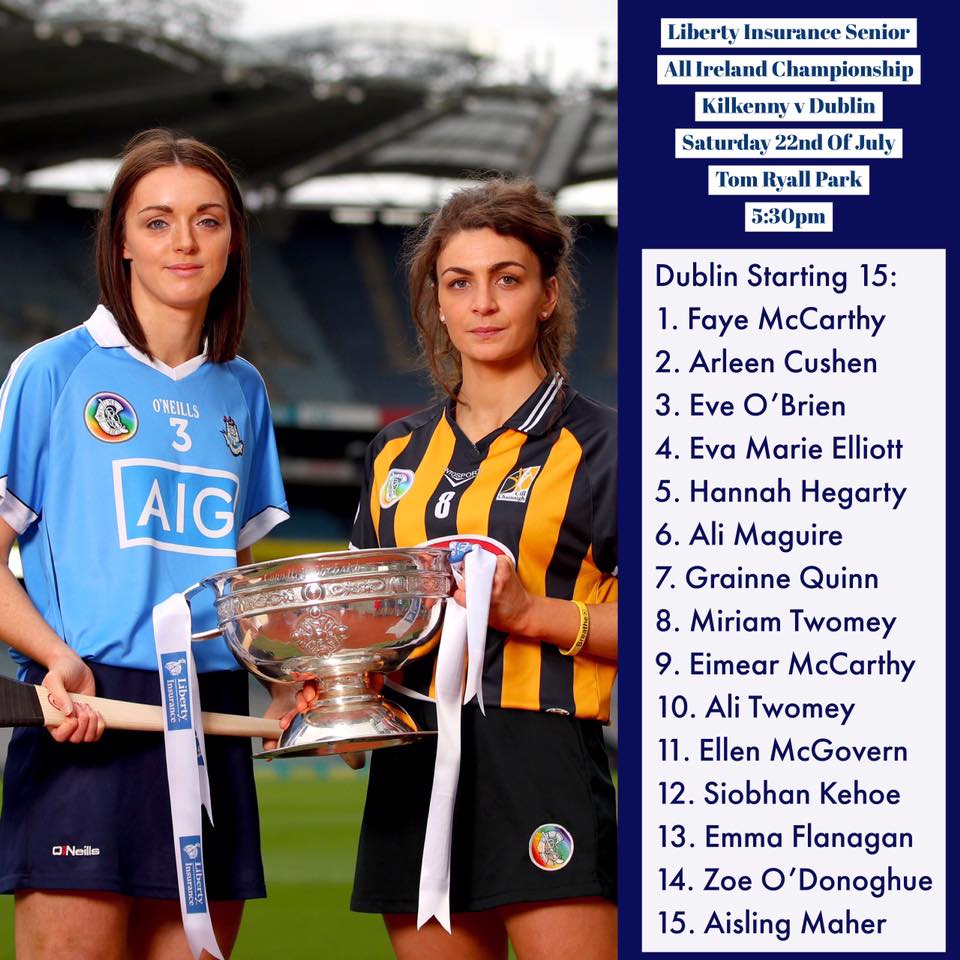 This is Dublin’s final group game in this years All Ireland Championship and they still very much have a quarter final place in their sights.

The girls in blue travel to the home of the reigning League and All Ireland Champions knowing a victory or draw will guarantee them at least a place in the quarters.

Depending on the result of the Clare v Galway game also taking place tomorrow, a win against the cats could see the Dubs in the semi final as group winners.

Dublin at the moment sit in third in their group which is the final quarter final place two points ahead of fourth place Clare, so even if David Herity’s charges lose to Kilkenny tomorrow evening as long as Clare don’t beat Galway in the other group game, Dublin will still qualify for the knockout stages of the championship.

Dublin will take plenty of heart and confidence going into tomorrow’s meeting with Kilkenny based on their last game against the girls in black and amber in the Leinster semi final a few weeks back.

The girls in blue really put it up to the All Ireland Champions and led going into the closing minutes of the game. But Kilkenny drew level and went on to win the game in extra time by just three points.

So it’s all to play for and should make for a tense, exciting and entertaining encounter that will keep supporters on the edge of their seats till the final whistle.