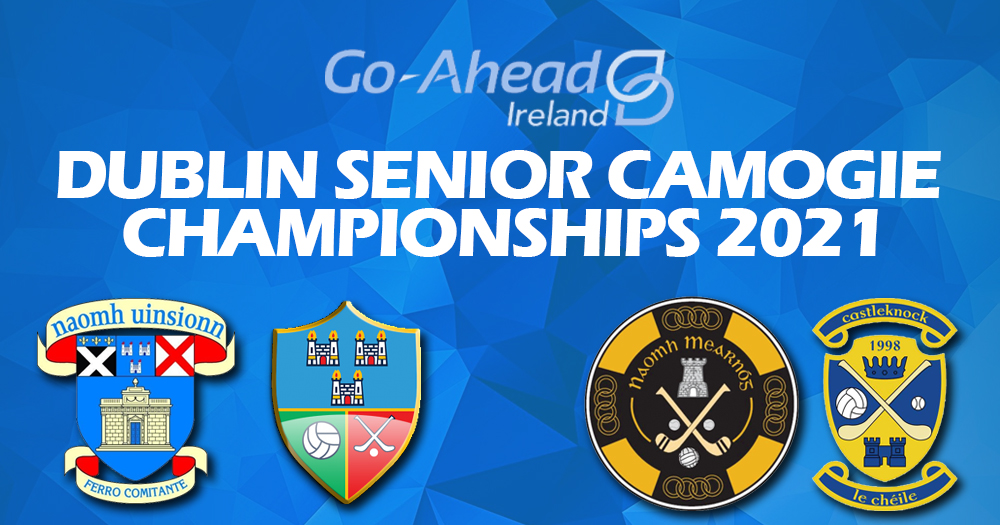 A massive afternoon of action is in store today in the Dublin Senior Camogie Championship. And we’ll have all the action as St. Vincents, Naomh Jude, Naomh Mearnog and Castleknock do battle in the Senior 1 and Senior 2 Finals.

In what will always be the best curtain raiser to the Senior 1 Championship, Naomh Mearnog and Castleknock will battle it out for this year’s Senior 2 Championship title in the first game in Abbotstown at 12:30pm.

Mearnog’s went three for three in Group 1, seeing off Ballinteer St. Johns, Cuala and Erins Isle to secure the top spot and a Semi Final berth against Good Counsel. They won that with a comprehensive 4-07 to 1-10 scoreline.

Castleknock tied with Good Counsel at the top of Group 2, but a slightly more superior points difference saw them advance to face Cuala in their last four clash. And their 2-14 to 0-15 win over the Dalkey side saw them into tomorrow’s decider.

For the third year in succession, St. Vincents and Naomh Jude are the last 2 standing in the Senior 1 Championship. And in this head to head their are one win a piece. Vincents last captured the title in 2019, and Judes picked up the silverware in last year’s decider.

Group 1 winner Vincents completed a perfect round robin, registering 6-42 along the way. Convincing wins over Kilmacud Crokes, Na Fianna and Lucan Sarsfield set up a Semi Final with Group 2 runners up Ballyboden St. Endas. And there were 7 points seperating the sides at full time with Vincents running out 0-19 to 1-09 winners.

Despite losing to Ballyboden in the opening round, Judes weren’t derailed beating Faughs/Celtic by 3-17 to 0-07 and St. Oliver Plunkett Eoghan Ruadh by 2-11 to 0-10 in the following rounds. And in perhaps a tougher encounter against Na Fianna in the last four, Judes eventually ran out 0-14 to 0-12 winners. If tomorrow’s Final is even close to the competitiveness of the last 2 years, we’re in for a real treat.

We’ll be heading for Abbotstown this afternoon to bring you live score by score updates on www.twitter.com/wearedub from both the Senior Camogie Finals. But of you don’t have access to Twitter directly you can follow our feed right here. Updates will appear below this post.