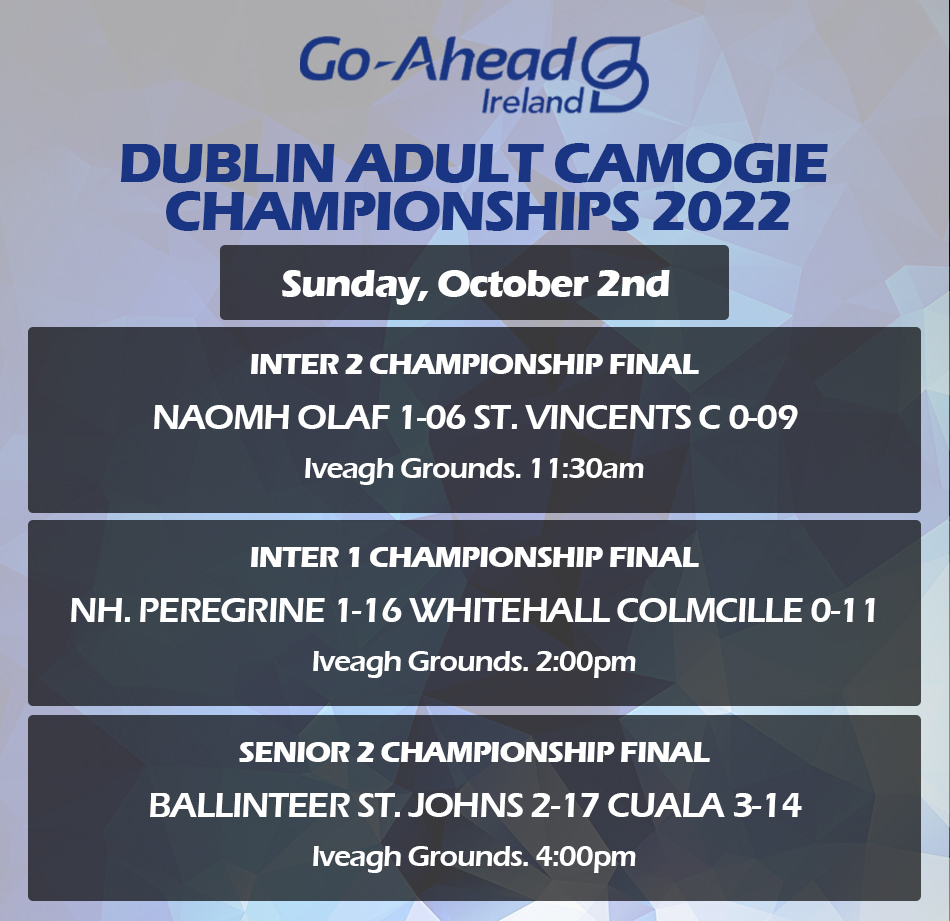 It’s been a hectic weekend across the various championship and after the incredible close the Senior 1 Camogie Championship on Friday night at Parnell Park the attention turned to today and the Iveagh Sports Grounds where the last 3 Camogie Championship finals took centre stage. The Senior 2 and Inter 1 and 2 Championships were all up for grabs. Here’s all the details.

The opening game in today’s triple header at the Iveagh Grounds ended in a tied result with the score finishing Naomh Olaf 1-06 St. Vincents C 0-09. Which means they’ll have to do it all again in a replay to decide this Championship. We mentioned Olaf’s fighting spirit coming into this matchup. And in comparison to the Round 1 game between these two sides this one was worthy of the Championship Final billing.

Back in August St. Vincents were 4-12 to 1-07 winners, but since that round Oalfs have grown in every game, Seeing off Kilmacud Crokes B and Ballinteer St. John’s B. They battled a strong Lucan Sarsfields B side in the semi to reach today’s decider against Vincents and now both sides will do it all again in a replay. Only one score seperated the sides at half time with Vincents shading a 0-05 to 0-04 lead. And things were as tight on the restart. Olafs hit the net on 41 minutes to give themselves a 2 score lead and at the midway point of the half were 0-03 in front. But Vincents would reel off three unanswered to finish the game in a tie.

Naomh Peregrine completed an unbeaten Inter 1 Championship run this afternoon, beating Whitehall Colmcille to secure the silverware in style. And while Whitehall will be disappointed losing this final, they need to just remind themselves this is their first year in the Inter 1 competition having secured the Inter 2 title only last year. As for Peregrines they were Inter 1 Finalists last season losing out to Na Fianna B. So the secure the title at the second time of asking.

With the score at 0-10 to 0-06 at half time today, Peregrines would register 1-06 to 0-05 in the second session to keep the game out of Whitehall’s grasp. And it means Senior 2 Championship action for Peregrines in 2023.

For the second time today a Camogie Championship ends in a draw and will go to a replay. At the final whistle Ballinteer St. Johns and Cuala were tied at 2-17 to 3-14. Three points seperated the sides at half time with Ballinteer having the 1-10 to 1-07 advantage.

At full time Cuala had managed to claw back that 3 point deficit with the second half scoreline being 1-07 to 2-07 meaning the final score of 2-17 to 3-14 has this game set up for what will be an exciting replay. We’ll let you know the details of both this and the Inter 2 replay as soon as we know more. 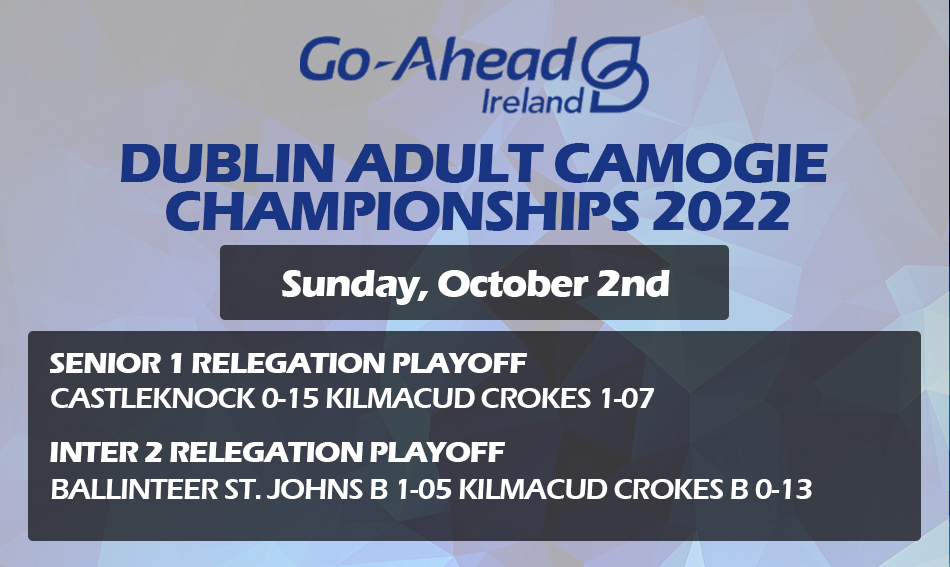 Elsewhere today victories for Castleknock and Kilmacud Crokes B sees them both secore their safety in the Senior 1 and Inter 2 competitions for next year.