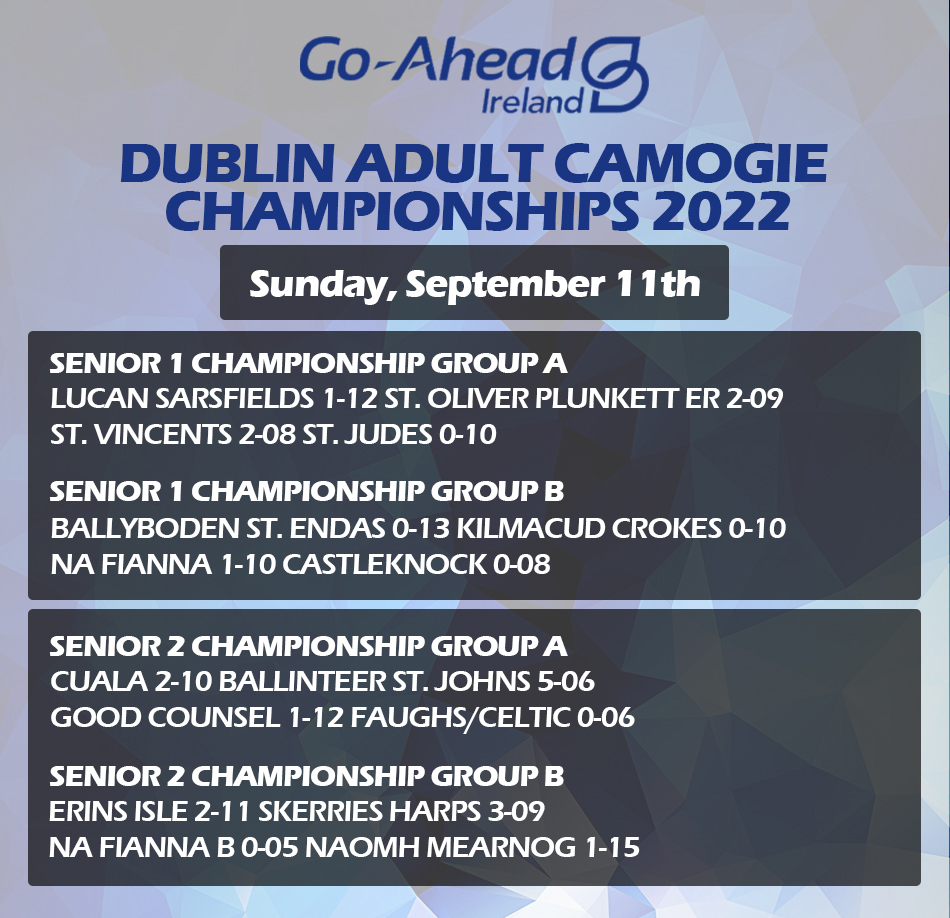 It’ll come as no surprise that St. Vincents made themselves the first Senior 1 Camogie side to advance to this year’s Semi Finals after they secured their third win on the bounce this morning. That 2-08 to 0-10 win over reigning champions St. Judes will be a marker atfer losing to them in last year’s decider. And the win will give them a draw against the runners up in Group B.

That runner up in Group B is Ballyboden St. Endas. We said it would be tight and did expect a three way tie for the places and that’s exactly what we got. Ballyboden secured a 0-13 to 0-10 win over Kilmacud Crokes. Heartbreak for Castleknock in theor first season as a Senior 1 side losing to Na Fianna in the final game by 1-10 to 0-08. That sent Na Fianna to the top of the group as winners and they’ll take on St. Judes for a place in this year’s Senior 1 Camogie decider.

Ballinteer St. Johns took a third win this morning beating Cuala into second place in the Group B table by 5-06 to 2-10. The group winners will face Skerries Harps in the last four. Good Counsel will be disappointed to finish in third position after picking up a 1-12 to 0-06 win over Faughs/Celtic earlier seeing them both out of the Championship race.

In Group B Naomh Mearnog and Skerries Harps have successfully made their way through to the Senior 2 Semi Finals. Skerries shaded a one point win over Erins Isle this morning on a 3-09 to 2-11 scoreline seeing Isles miss out by the minimum. Mearnogs secured their third consecutive victory in the group beating Na Fianna B by 1-15 to 0-05. That sees them top the group and will play Cuala in the semi finals. 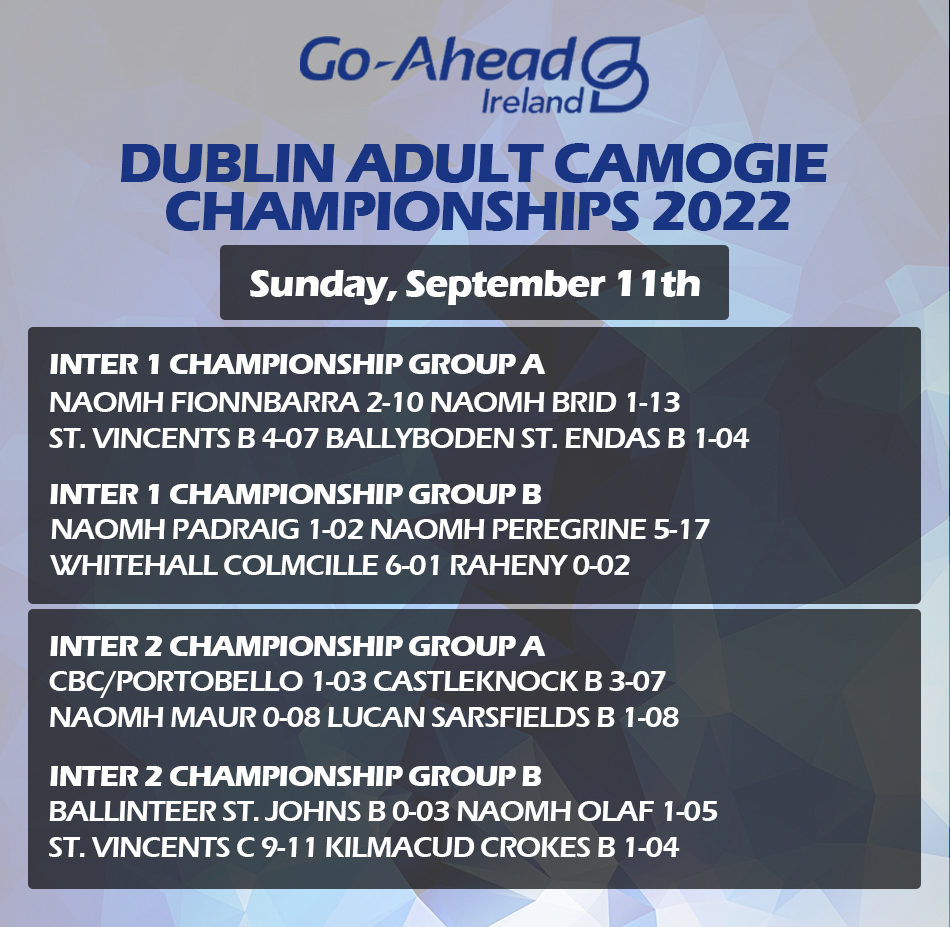 St. Vincents B finished clear winners of Group A in the Inter 1 Camogie Championship this afternoon beating Ballyboden St. Endas B by 4-07 to 1-04. That’s their 3rd straight win seeing Ballyboden finish as runners up. Naomh Fionnbarra finished their round robin with a 2-10 to 1-13 drawn game against Naomh Brid sewing both sides finish on 1 point.

In Group B Naomh Peregine secured their third straight win, beating Naomh Padraig by 5-17 to 1-02 to claim the top spot. For Whitehall Colmcille they take the runners up spot in teh group after beating Raheny by 6-01 to 0-02 seeing Raheny finish in 3rd position.

A 1-08 to 0-08 victory for Lucan Sarsfields B see them top Group A of the Inter 2 Camogie Championship comfortably clinching a Semi Final slot. It was their third consecutive win beating Naomh Maur in both today’s game and the race to top the group. But Maur will be happy to advance to the knockouts. Castleknock B were winners against CBC/Portobello this afternoon leaving CBC bottom of the group.

In Group B St. Vincents C’s 9-11 to 1-04 win over Kilmacud Crokes B sends them through to the semi finals as group winners. They’re another team to go 3 for 3 in Camogie competitions. Naomh Olaf secured the second qualifying spot beating Ballinteer St. Johns B by 1-05 to 0-03 today making it 2 wins from 3.

Now that all the round robin competitions in each grade have been completed, we’re awaiting final details of all the Senior and Inter Semi Finals and once we have them we’ll circulate the information.