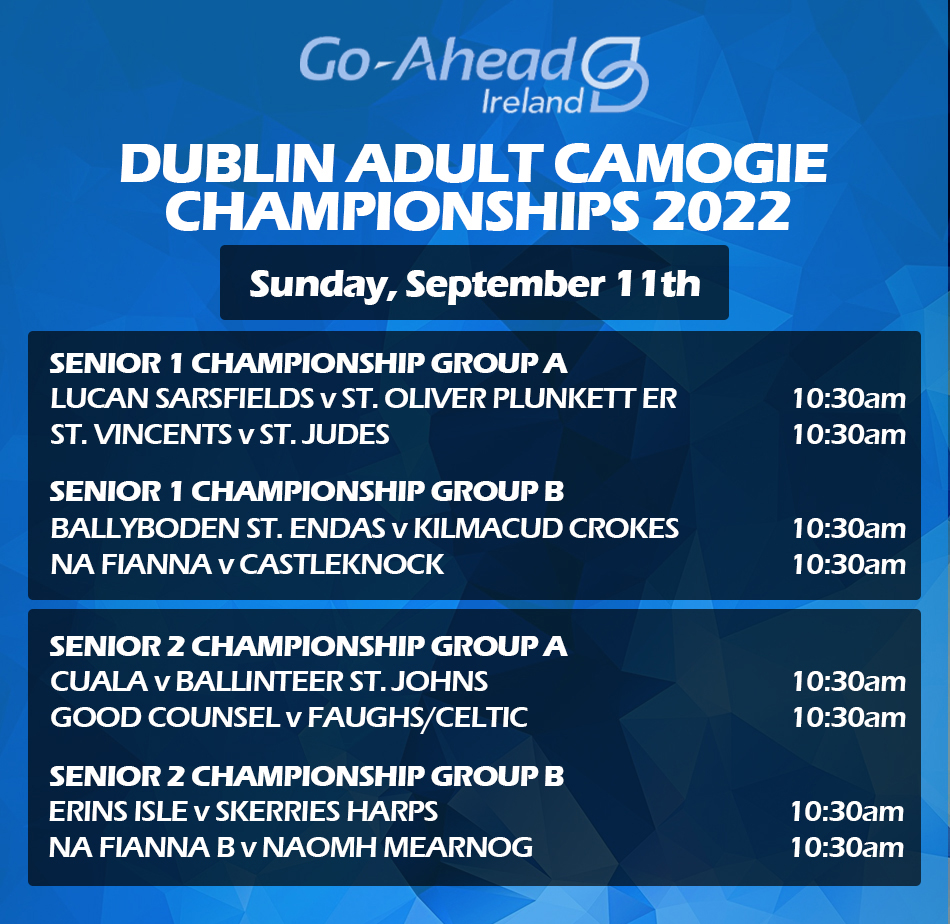 The top spot in Group A is there for the taking tomorrow morning as last year’s finalists St. Vincents and Naomh Jude go head to head. And if the action proves as intense as last year Senior 1 decider we’re in for a real treat. Reigning Senior Camogie Champions Judes trail slightly having drawn with Lucan Sarsfields in the opening round, but they got back on track in the last round beating St. Oliver Plunkett Eoghan Ruadh by 4-18 to 2-06. But they’ll need a step up again tomorrow facing a string Vincents side who have reeled off two wins from two games. Lucan are still in with a shout of qualifying but will need a solid performance and result over Plunketts tomorrow.

Things are a little closer in Group B and tomorrow we could potentially looking at three teams on four points at the end of action. Castleknock lead the line with 2 wins from 2 games. They face Na Fianna tomorrow who need a final round win to keep their championship hopes alive. A win will see them level on points with Castleknock. In the other Group B game Ballyboden St. Endas also stand a chance of qualifying should the beat Kilmacud Crokes who have yet to pick up a win. If Na Fianna win and Ballyboden win we’ve a three way tie, and it’ll be head to head and score difference headache for the fixtures team.

The top 2 in Group A will battle it out tomorrow to decide the final placings. Cuala sit just a point behind Ballinteer St. Johns with an opening round draw against Faughs/Celtic the only dropped point so far. Ballinteer are 2 for 2 and will want to finish with another win. Faughs face Good Counsel tomorrow morning and can still qualify if they can win, but will be looking at the outcome in the other group game.

Naomh Mearnog have registered 2 wins so far in Group B and face Na Fianna B tomorrow who have yet to ein a game. It would suggest a win for Mearnogs but in the last round of any competition there’s too much at stake. Erins Isle and Skerries Harps sit on 2 points so both will be battling for a Semi Final slot. Like Group B in the Senior 1 competition we could be facing a three way tie in this group. 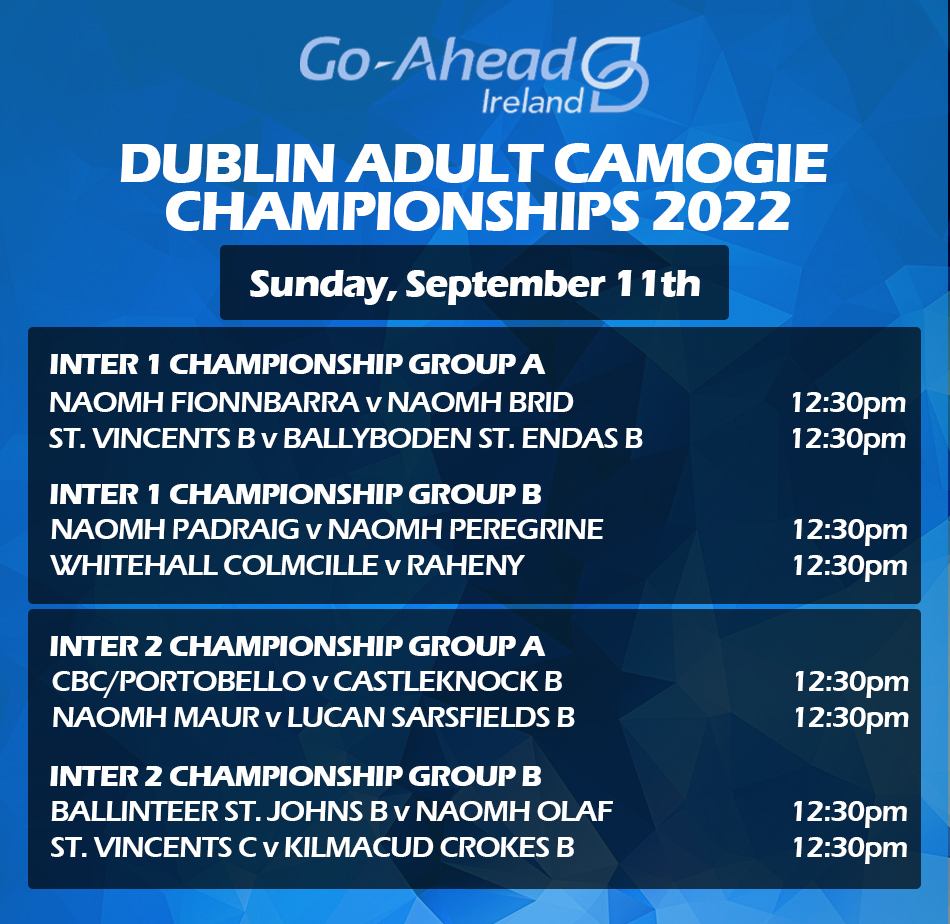 St. Vincents B abd Ballyboden St. Endas B share the top spot in Group A in the Inter 1 championship, and tomorrow is all about where they finish. They both secured 2 round wins so the game between Naomh Brid and Naomh Fionnbarra will see one of the two sides off the bottom of the group table but neither can qualify for the Championship Semi Finals.

Naomh Peregrine are in search of a third straight win in Group B and go up against Naomh Padraig tomorrow who would love nothing more than a win to finish their round robin campaign. The real competition tomorrow is between Whitehall Colmcille and Raheny. Both sides are on 2 points and whoever wins tomorrow wil take a semi final spot in the Inter 1 Championship.

A similar situation in Group A of the Inter 2 Camogie Championship, with Lucan Sarssfields B abd Naomh Maur both qualiied for the Semi Finals. The square off tomorrow to decide where they’ll finish and who they’ll face in the knockouts. CBC/Portobello and Castleknock B play for pride and a potential spot in the Shield competition.

Top of Group B St. Vincents C face bottom of the table Kilmacud Crokes B tomorrow afternoon. Vincents have already qualified so eyes will be on the game between Ballinteer St. Johns B abd Naomh Olaf who are both in with a shout for the second qualifying slot. It’s winner take all in this one and the head to head will come into play unless the game ends in a draw.

We’ll round up all these games tomorrow evening and give you the lay of the land for the Championship and Shield knockout stages. Make sure you join us.