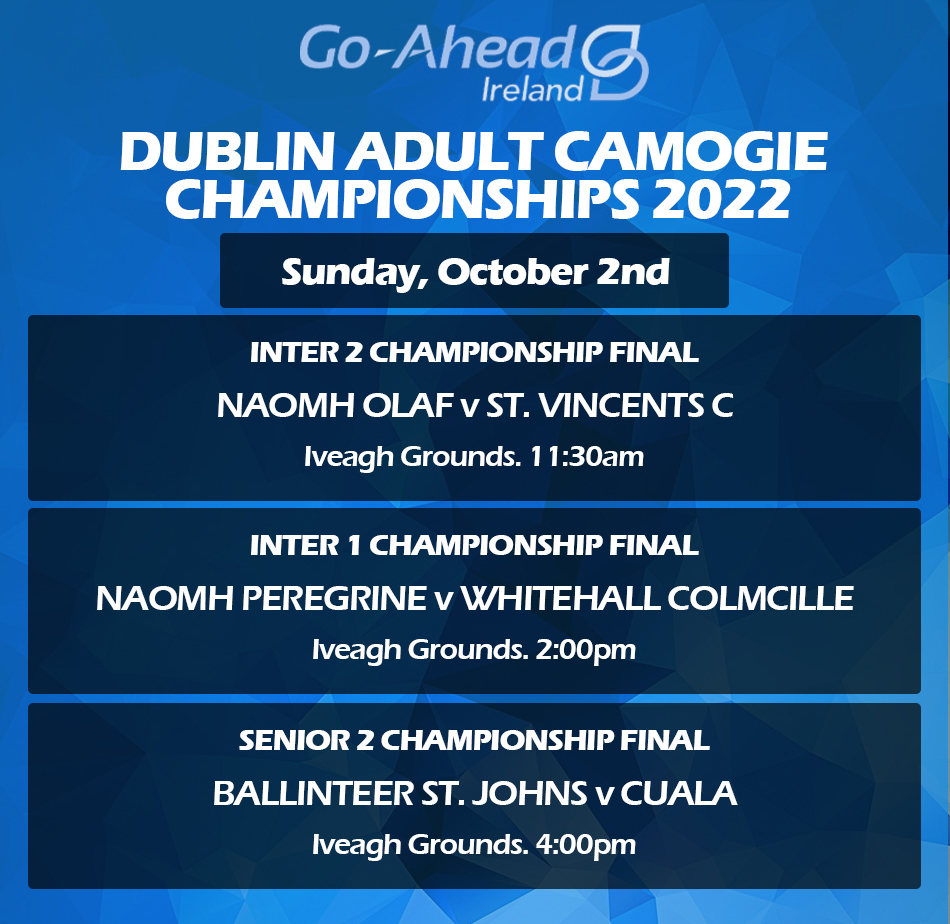 To get things underway tomorrow morning Naomh Olaf and St. Vicnents C will contest the decider in this year’s Inter 2 Championship. Both teams came through to the knockout phase of the competition from Group B. Group Winners Vincents are unbeaten so far with three group wins, beating Ballinteer St. Johns B and Kilmacud Crokes B in the second and third round. In their head to head in the opening round back in mid August Vincents came away with a 4-12 to 1-07 victory. But Olafs dusted themselves off and went off to beat Kilmacud and Ballinteer convicingly to book their Semi Final berth.

Vincents and Group A runners up Naomh Maur played out a nine goal thriller in their semi final but ultimately the Group B winners Vincents did more damage with their seven goals to finish with a 0-10 cushion on a 7-08 to 2-13 scoreline. Olafs faced Lucan Sarsfields B who came out of Group A as winners, but it was Olafs who secured the win by the minimum on a 2-11 to 1-13 scoreline. Despite the result in round 1 going in Vincents favour, you won’t call this result tomorrow with Olafs fighting spirit bringing them to the fore.

Almost a carbon copy of the Inter 2 Championship, both finalists in tomorrow’s Inter 1 Final have come through from the one group. So this decider is a repeat of the Round 1 clash between Naomh Peregrine and Whitehall Colmcille and back then the game was on a knife edge. Peregrines took away the win but it was by a solitary point on a 1-11 to 2-07 scoreline. And with both sides beating Naomh Padraig and Raheny with little stress it’s hard to know how tomrrow’s decider will unfold.

The semi finals didn’t really give too much away either only proving that we have the 2 strongest sides in tomorrow’s final. Naomh Peregrine saw off Ballyboden St. Endas B by 5-12 to 0-01 and Whitehall sent out St. Vincents B on a 5-11 to 1-03 scoreline. So the dury is out here. But if nothing else we’re guaranteed an incredile hour of camogie, maybe more as this has extra time written all over it.

To close off the day it’s fitting that the Dublin Senior 2 Championship is showcased. The stepping stone to the top flight, and we certainly have 2 worthy opponents to contest this covetted title.

And its another competition where the finalists come from the same group with Ballinteer St. John topping Goup A and Cuala finshing just behind them. Cuala had to settle for a 3-13 a piece tie against Faughs/Celtic in Round 1,but picked up a 1-14 to 0-13 victory against Good Counsel in the second round. They were beaten by Ballinteer in the final round 5-06 to 2-10 but had done enough to qualify for the semi finals. Ballinteer went three for three to take the top spot.

Skerries Harps were Ballinteer’s opponents in the last four and they finished 10 points clear at full time beating Skerries by 4-12 to 2-08 to comfortably take their place in tomorrow’s decider. Cuala went up against last year’s Senior 2 finalists Naomh Mearnog in a closer contest but the Dalkey side finished 2 points clear on a 1-14 to 3-06 scoreline. It’s a huge game for both sides with Senior 1 Camogie a not too distant reality, but both will want to be going back to their clubhouse with the Senior 2 silverware to end their season.

Join us tomorrow when we round up all three of these games with scores and news from each. Also tomorrow there are 2 relegation play offs, with details below. Both teams named first will have home advantage. 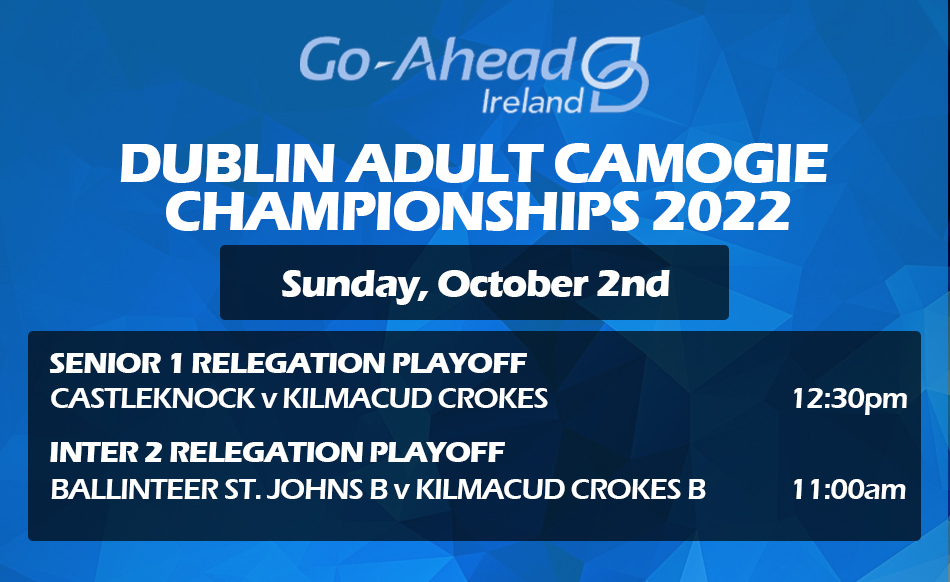