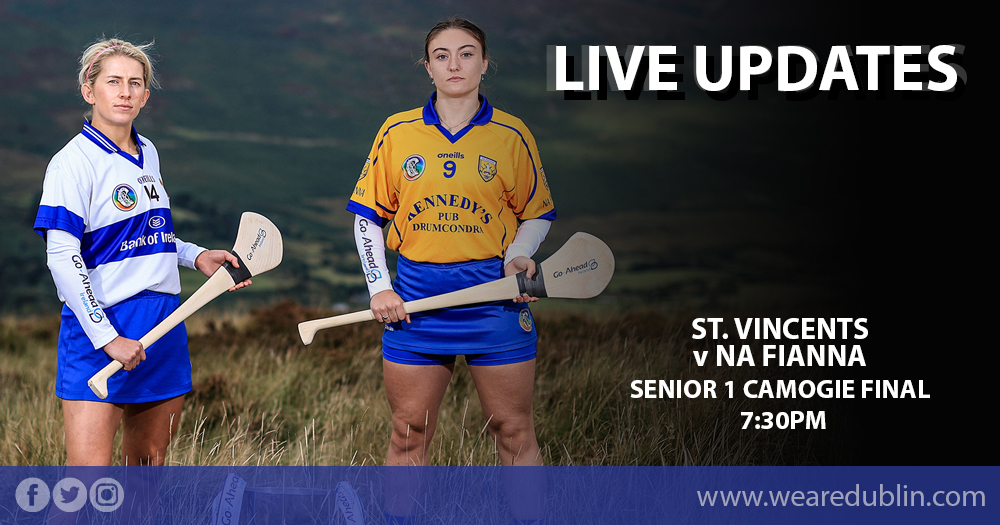 Eight weeks ago eight teams in the top flight of Camogie in the county started a journey which ends tonight at Dublin GAAs headquarters of Parnell Park. it’s been an incredible championship with plenty of ups and downs. But tonight we will see a new Dublin Senior 1 Camogie Champion crowned. Reigning Champions Naomh Jude will be handing the Maura Brady Cup over to either St. Vincents or Na Fianna.

All eyes will be on Donnycarney from 7:30pm tonight as the two northside rivals go head to head in the competition’s final showdown. Vincents go into the tie unbeaten in the rounds and successfully saw off the challenge of Ballyboden St. Endas in their last four clash. Na Fianna dropped points to Ballyboden in their round 2 clash but wins over Kilmacud Crokes and Castleknock saw them qualify for a semi final showdown with Judes. And they sent the champions out of the competition on a 0-16 to 0-13 final score to qualify for tonight’s silverware showdown.

We’ll be live from Parnell Park later this evening, and we’ll keep you posted if you’re not traveling to the game. Our Twitter Feed will be filled with Live Updates from the throw in at 7:30pm. Just head to www.twitter.com/wearedub to follow the action. Not on Twitter? Don’t worry, you can follow the feed below this post.