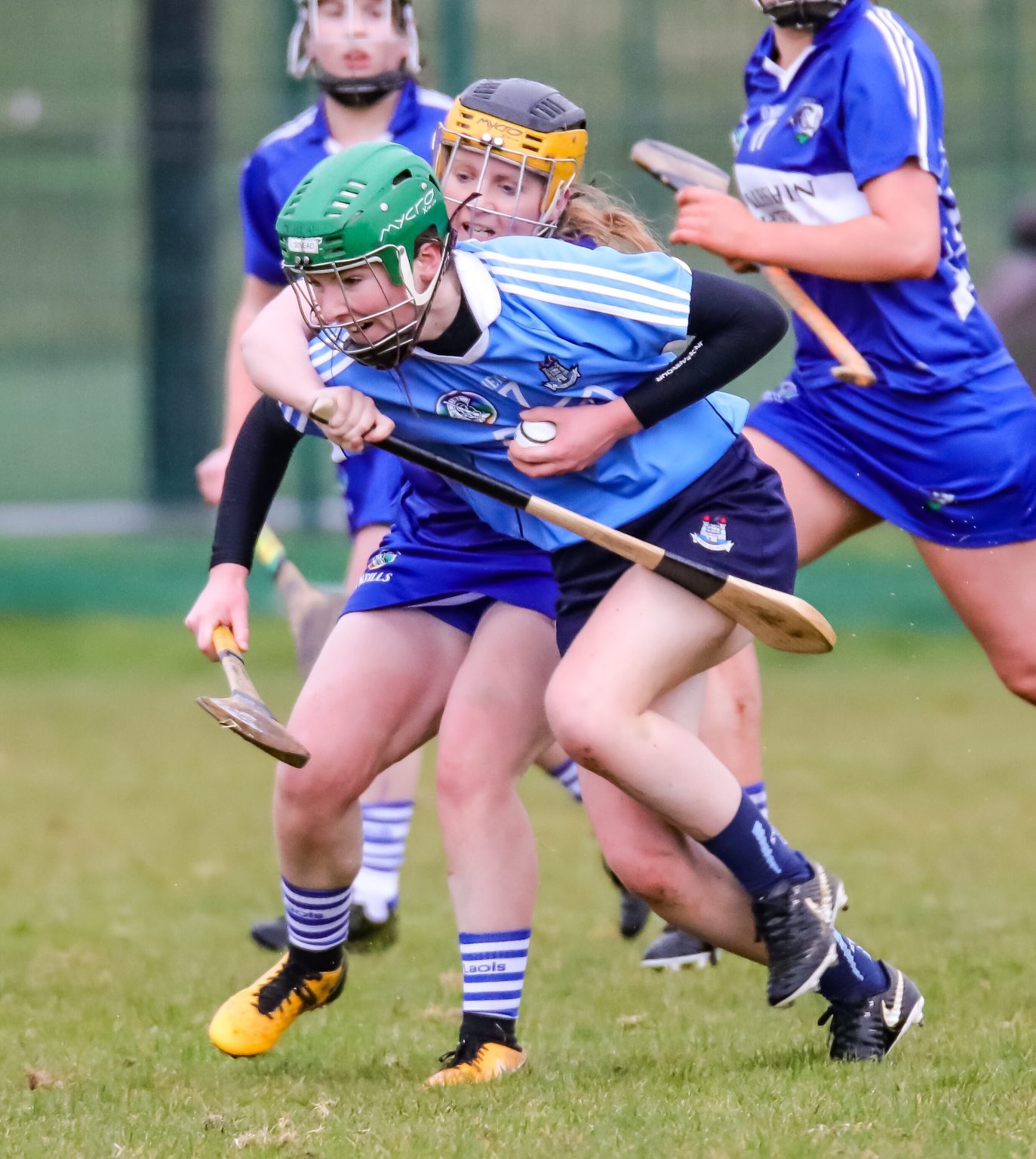 A change in venue necessitated because of the adverse weather and a deluge just before throw-in did nothing to disrupt the Dublin Premier Camogie squads league campaign as they kept their unbeaten run intact with victory over Laois on Sunday afternoon.

The vital Littlewoods Ireland Camogie Leagues Division 2 game was originally to be played in Parnells GAA club but was switched to Bray Emmets.

The players were greeted with a downpour as they entered the pitch making the already tricky conditions worse. But both sides made light work of the less than ideal playing surface to produce a competitive and entertaining game. 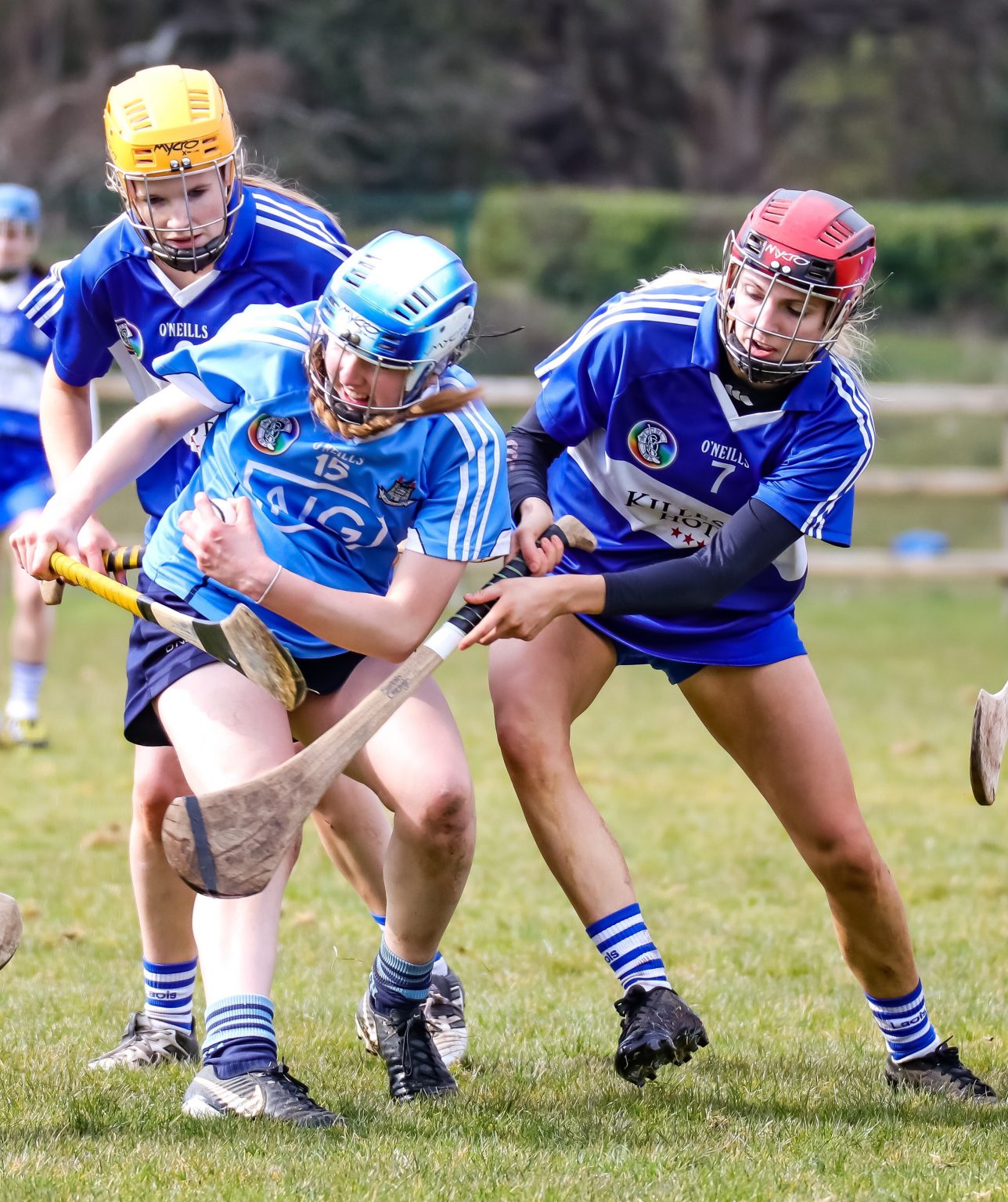 Dublin’s unbeaten run has been built on a solid defence and an impressive work rate from the entire team with forwards and midfielders consistently tracking runners to help out in defence.

Sunday’s game was no different and Laois found it extremely difficult to carve out clear cut chances throughout the match.

Dublin led the contest throughout and by the break had built up a four point lead with the score 0-06 to 0-02.

In the conditions though and in what was a competitive battle it wasn’t a comfortable lead and Dublin couldn’t afford to drop their intensity levels after the break particularly as Laois started to enjoy more possession after the break. 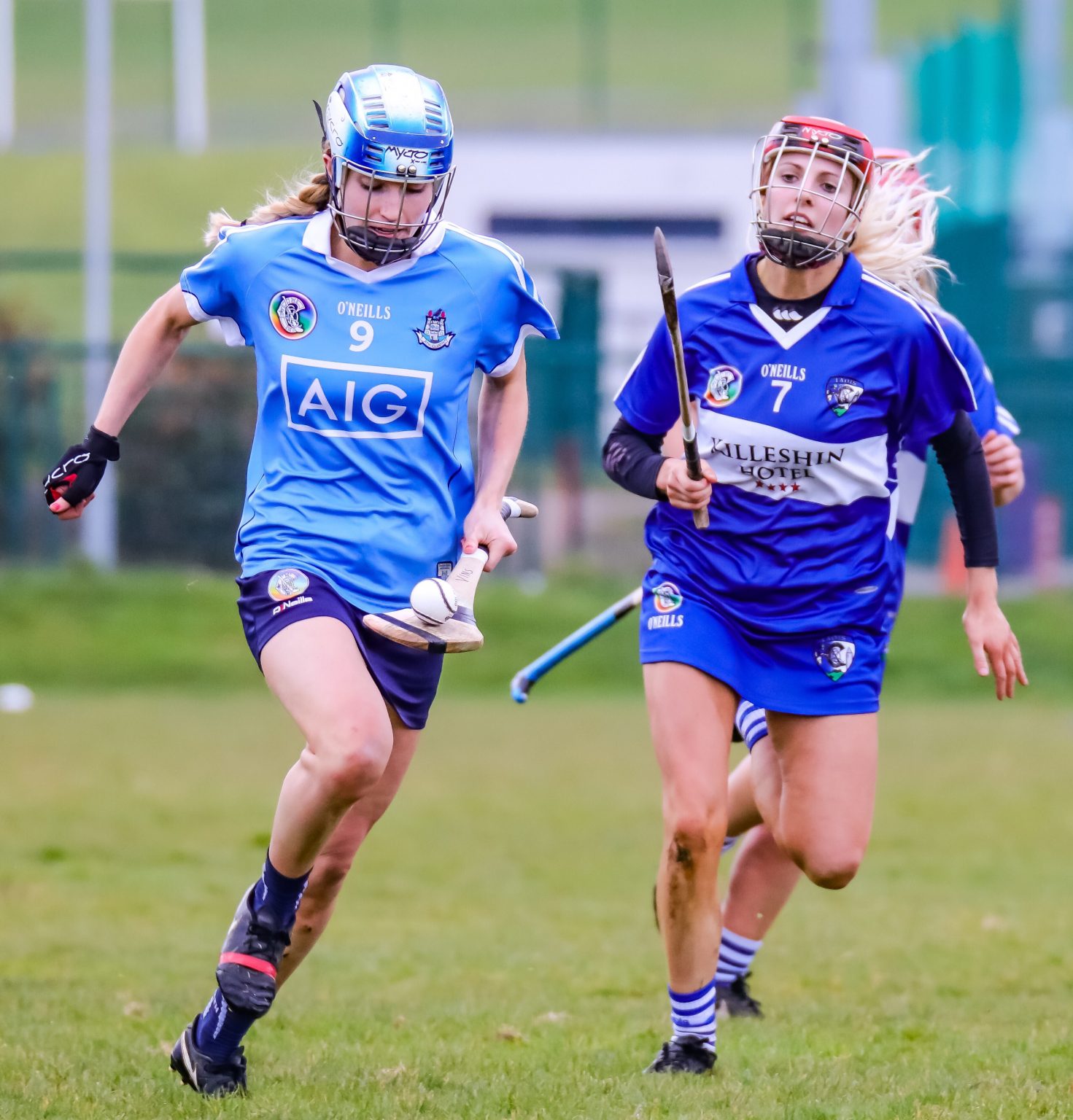 But Laois just couldn’t breakdown the tough tackling and sharp sky blue rearguard and with Hannah O’Dea and Roisin Drohan dominating around the middle Dublin were able to build up a head of steam going forward.

One of the impressive aspects of Shane Plowman’s side is the interplay between the players who consistently have the heads up looking for the right pass to a teammate.

One such move led to the game winning goal, the ball was worked from the left hand side to the far side to Evelyn Twomey, the St Vincent’s player broke forward and hit the perfect pass into the path of Aoife Dooley who made no mistake and finished to the net. 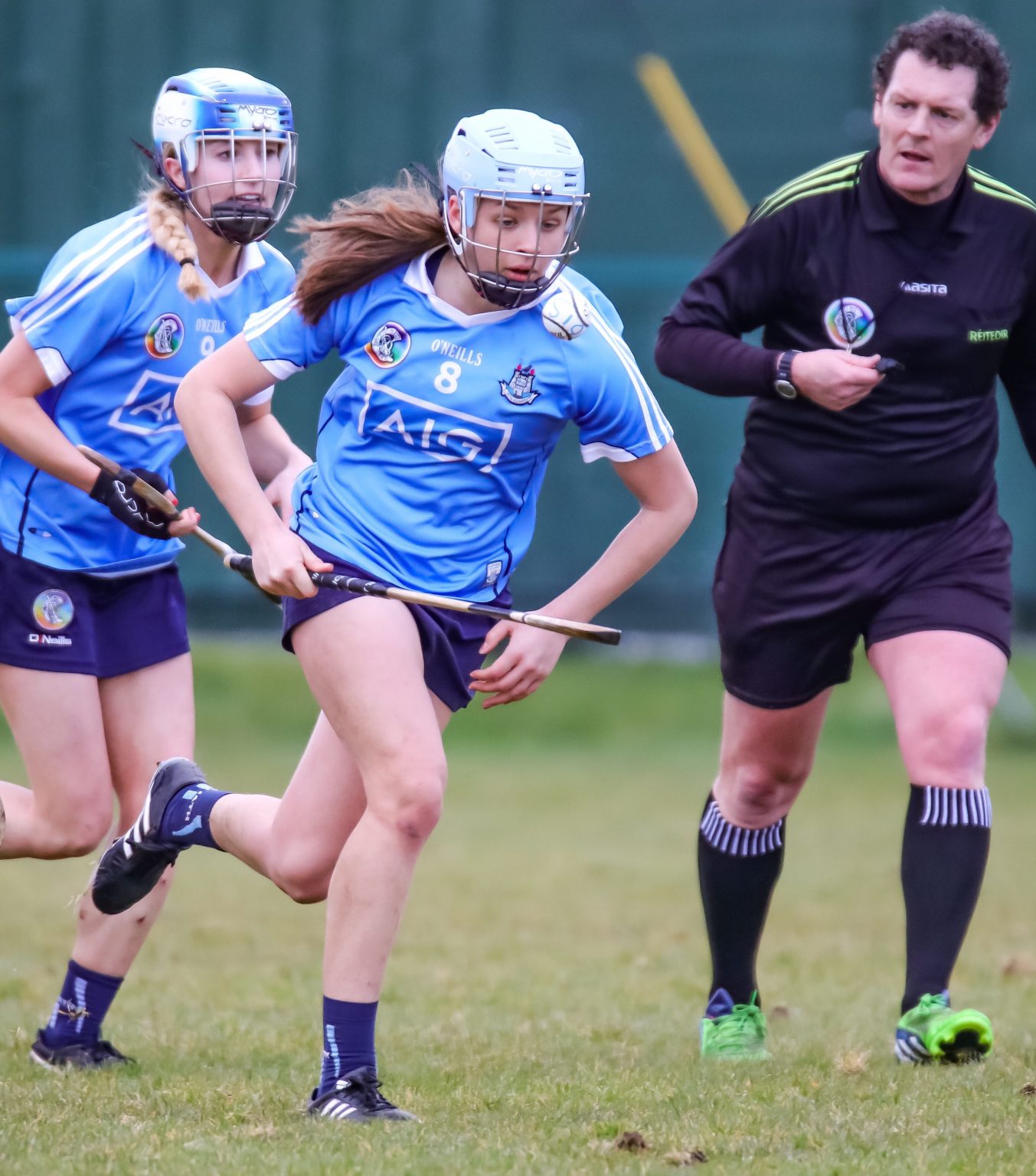 Even with time left on the clock it all but sealed the victory and with Laois struggling to covert possession into scores and only Niamh Dollard finding her name on the scoresheet with all five of the points the O’Moore County registered on the day, Dublin seen out the game and kept their unbeaten run going.

Next up for the girls in blue is their final group game the rearranged home fixture against Armagh. A win in that game will see Dublin claim a league semi final spot. 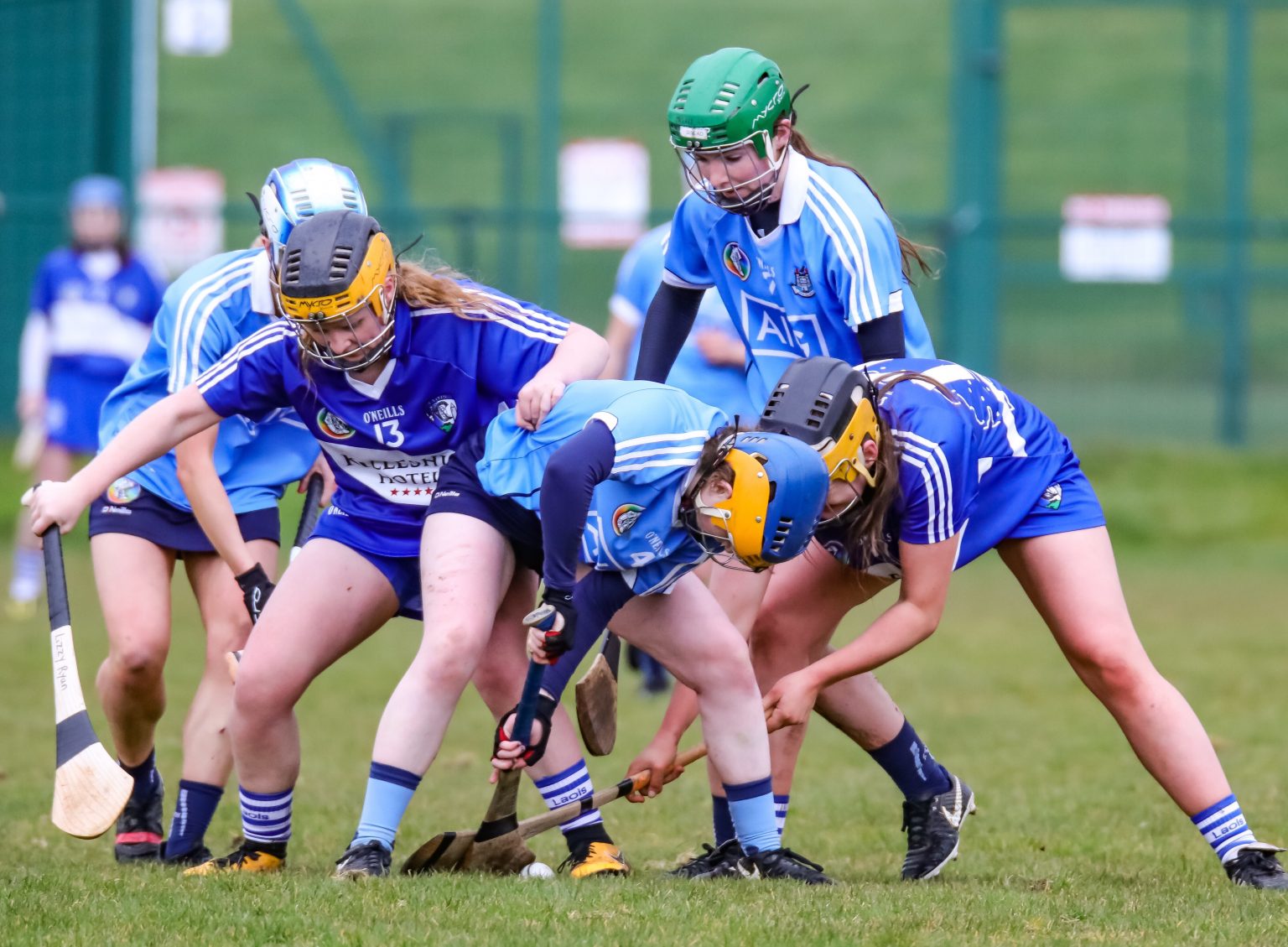 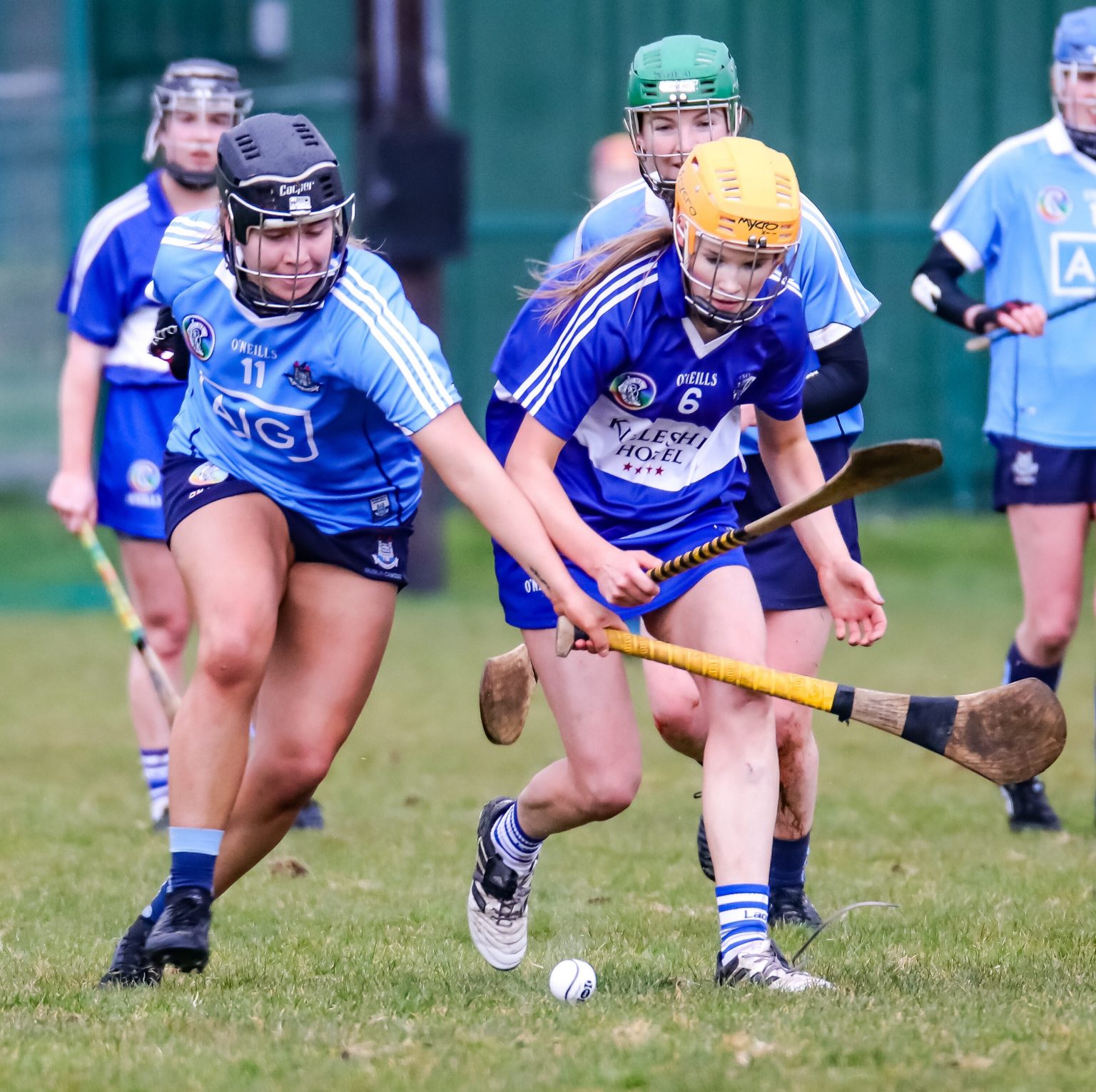