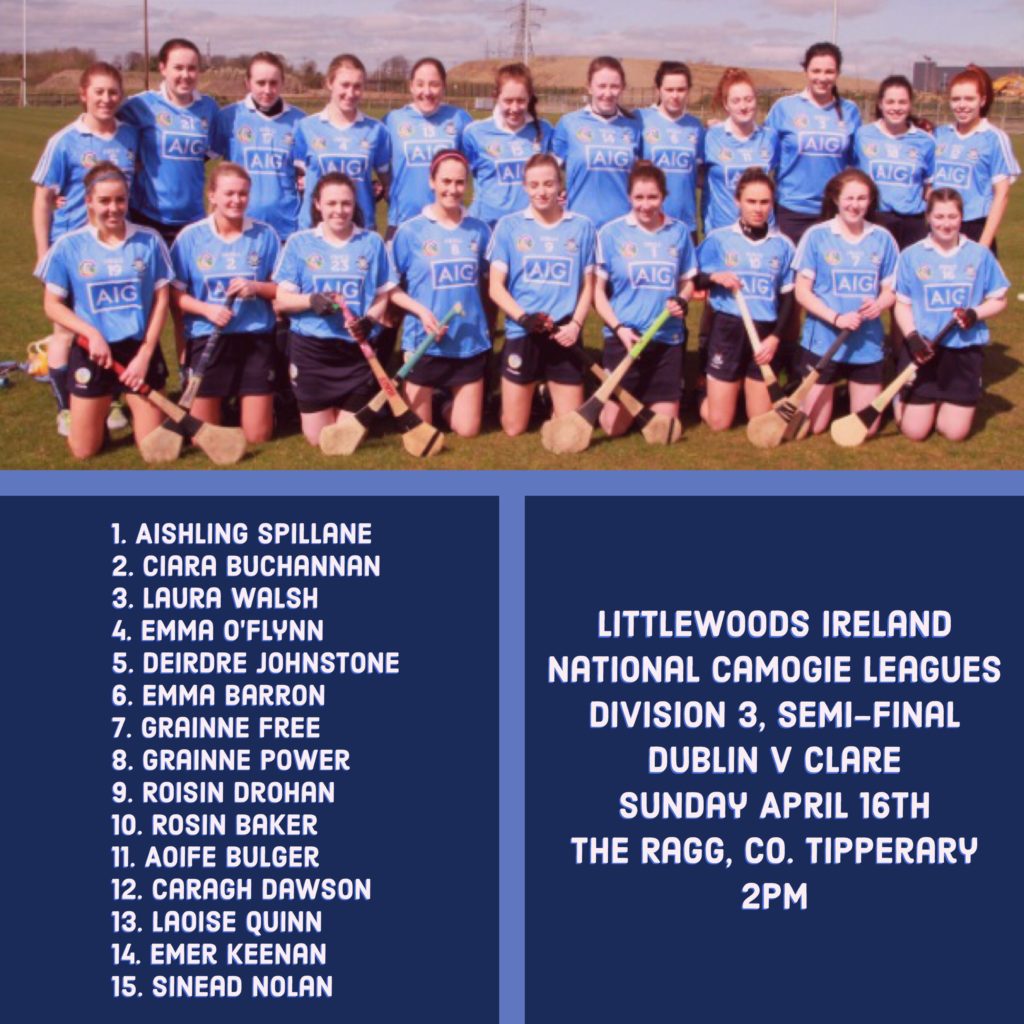 Dublin Premier Junior manager Shane Plowman has named his team to face Clare in the Littlewoods Ireland National Camogie League, Division 3 semi-final in The Ragg in Tipperary on Easter Sunday at 2pm.

Dublin head into the semi final with an unblemished record, finishing top of the group with four wins from four games and joint top scorers in their group.

Their opponents Clare only qualified for this stage of the competition by virtue of a victory against bottom of the table Tyrone, which was Clare’s only victory in the group stages and they had the second worst defense of the other teams in Division 3, with only the bottom side Tyrone with a worse defensive record.

Dublin traveled West to face Clare in the third round of the group stages in early March with the girls in blue finishing with seven points to spare in a 1-10 to 1-03 victory.

Looking at both sides records through the group games and Dublin will be favorites to advance to the League Final, particularly considering Clare’s defensive record and Dublin’s scoring power and ability to find the back of the net, which they did in all of their four group games raising 11 green flags.

In saying that though, one off semi-finals can take on a life of their own and form can sometimes be thrown out the window if a team takes victory as a formality. So Shane Plowman and his squad will be wary and won’t take the challenge from Clare lightly.