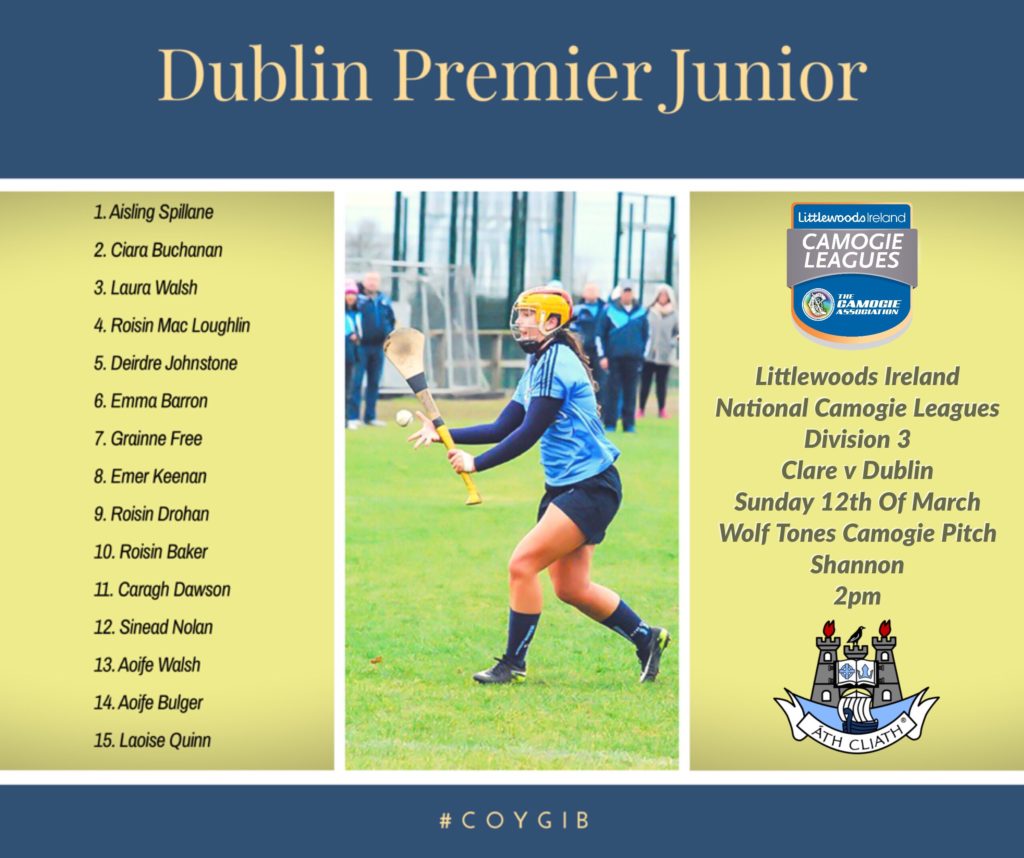 Dublin head to Wolfe Tones Camogie Pitch top of the group and unbeaten in their opening two games with victories over Roscommon and Tyrone.

The girls in blue have been very impressive so far in their league campaign scoring 9-23 in those games and only conceding 2-11 in reply.

There are a couple of personnel and positional switches to the Dublin starting team for Sunday’s game.

Aisling Spillane takes over in goal from Chloe Ni Cheallaigh, Roisin MacLaoughlin comes in at number 4 for Emma O’Flynn, Emer Keenan switches from corner forward to midfield in place of Grainne Power.

Caragh Dawson moves from the right wing to the centre half forward position with Sinead Nolan named at 12.

Sunday’s game is hard to call as Clare are an unknown entity due to the fact they have yet to play a game in the league so far as their opening game last weekend against Roscommon was postponed due to an unplayable pitch.

Even though Dublin won’t have any idea what sort of level Clare’s form is at, they will head West brimming with confidence after the opening two sizable wins and with two games under their belt, their serious scoring threat, it would be a surprise if they don’t return to the capital on Sunday evening with all three league points.