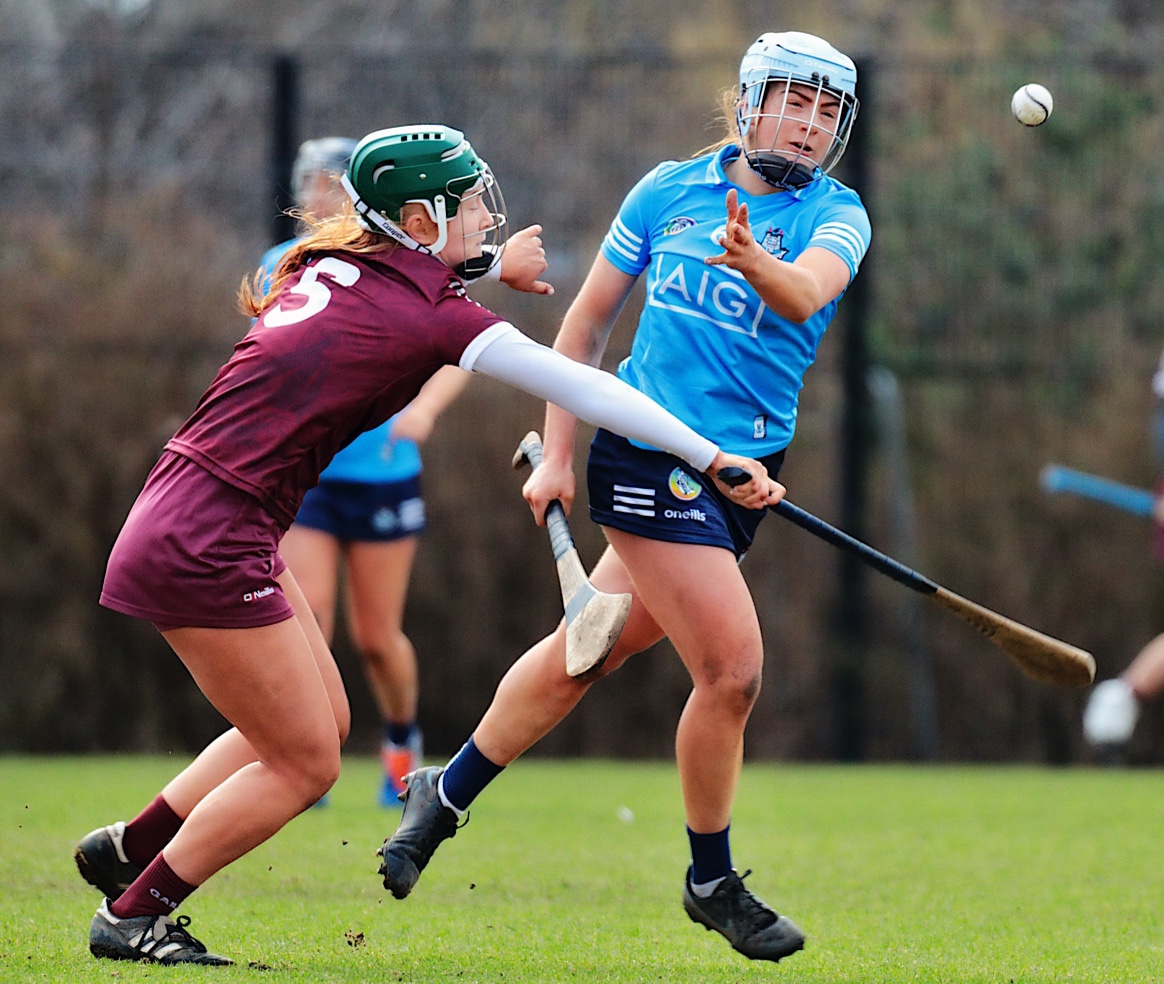 The Dublin Seniors opened their Camogie League campaign this afternoon with a loss to All Ireland champions Galway.

There were four players on the Dublin side making their senior starting debut this afternoon and all four certainly didn’t look out of place at senior level.

Dublin matched the All Ireland champions in the first quarter of the game but a rapid 1-02 from Galway gave them control of the game which they never relinquished after that.

The game started at a frantic pace and Dublin debutant Aisling O’Neill swung over a fine point three minutes in. A minute later it was all square with a pointed free from Carrie Dolan.

Galway took the lead in the sixth minute with their first point from play scored by Ailish O’Reilly. Seconds later Aisling O’Neill grabbed her second point to draw the teams level.

Galway’s Carrie Dolan and Dublin’s Aisling Maher swapped pointed frees as the sides couldn’t be separated in the opening ten minutes of play.

Dublin’s Jody Couch received a what looked a harsh yellow card in the 11th minute, it was to prove pivotal later in the game.

Galway though took control of the game in a blistering three minute spell scoring 1-02 without reply, midfielder Aoife Donohue was on the end of a defence splitting move to finish to the net, a Rebecca Hennelly point from play quick followed and Carrie Dolan pointed from a free.

Although still well in the game three wides in a row denied Dublin the opportunity to reduce the deficit.

Ailish O’Reilly extended the Galway lead with a fine point from play in first half injury time, Sinead Nolan did pull one back for the Dubs from a free, but Galway had the last day of the half with a point from Catherine Finnerty to lead at the break by 1-07 to 0-04.

Catherine Finnerty began the second half as she ended the first with a point inside the opening minute, Aine Keane further stretched the Galway with an excellent point from play.

Aisling O’Neill who impressed on her Dublin Senior debut hit her third point of the game.

In the 39th minute Dublin were reduced to fourteen with Jody Coach receiving a second yellow and subsequent red for a late tackle.

It was a tough task with fifteen players to contain Galway but down a player the experienced All Ireland champions took full advantage.

Galway’s Carrie Nolan and Dublin’s Aisling Maher swapped pointed frees, but although Dublin competed right to the full time whistle, Galway pulled away on the scoreboard.

A point from play from substitute Sabina Rabbitte was followed with four Ailish O’Reilly points, three from frees and one from play to seal twelve point win for Galway.