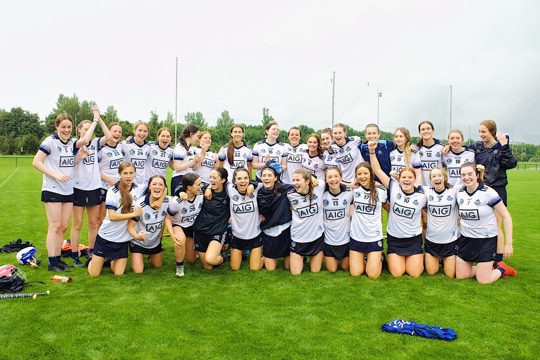 The Dublin Minors put in a storming second half display amid the thunder and lightning in Abbotstown today to claim a place in the All Ireland Minor Camogie semi finals with victory over Waterford.

Both sides were met with a downpour at the start of both half’s making the underfoot conditions treacherous. Despite the weather though both teams served up a highly entertaining and competitive encounter.

Dublin got the scoring up and running in the third minute of the game with a pointed free from Ellie Young. Waterford though had the better of the opening 10 minutes and raced into a four point lead.

A pointed free from Alannah O’Sullivan, Waterford took the lead in the seventh minute with a point from Mairead O’Brien. A minute later amd the lead was pushed out to four points with Rachel Walsh finishing to the net.

Dublin responded immediately with two quick points, the first from Aisling O’Neill and the second in the eleventh minute from Róisín Ní Chathasaigh to leave two between the sides.

Waterford stretched their lead back out to three with a fine point from midfielder Rhona Drohan. But seconds later the sides were level, Dublin won the puck out and moved the ball downfield, Annabelle Timothy picked the ball up about twenty yards out and drilled the ball towards goal, Waterford keeper Hayleigh Acheson missed judge the flight and the ball hit the top left hand corner of the net.

The young Dubs took the lead minutes later from a converted 45’ from Ellie Young. The lead lasted just a minute with Alannah O’Sullivan bringing the side level with a fine point from play.

The sides swapped a brace of points from play, Ellie Young and Ava Lambe for Dublin and Ellen Boylan and Mairead O’Brien for Waterford.

Dublin retook the lead with three minutes to go to the break with Róisín Ní Chathasaigh slotting over the black spot. But just before the short whistle a converted 45’ from Alannah O’Sullivan ensured the sides would head into the dressing rooms at the break all square with the score 1-07 apiece.

Just before the players returned for the second half there was a flash of lightning and a booming clap of thunder and the heavens opened.

Two minutes after the restart Waterford stuck the noses in front with a pointed free from Alannah O’Sullivan. Dublin though we’re back in front by the 42nd minute courtesy of two excellent points from Aisling O’Neill

Just before the second half water break and it was all level again with Alannah O’Sullivan again on target with a free. Dublin lost free taker Ellie Young to injury after a nasty clash but any worries that the Dubs would be at a disadvantage were quickly dispelled as Aisling O’Neill converted two frees in as many minutes to give Dublin a two point advantage with twelve minutes left in the game.

Dublin at this stage we’re much the better team in the second half and Waterford we’re struggling to create any scoring chances. They pulled one back from another Alannah O’Sullivan free with six minutes left.

But Dublin continued to pour forward and two brilliant points from Aisling O’Neill and Sinead Daly put John O’Connell’s side three up in the final minute.

Waterford tried desperately to create and score the goal they needed to force extra time but found a Dublin defence with the thou shall not pass signs firmly up and the Dublin Minors ran out deserving winners. 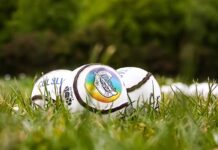