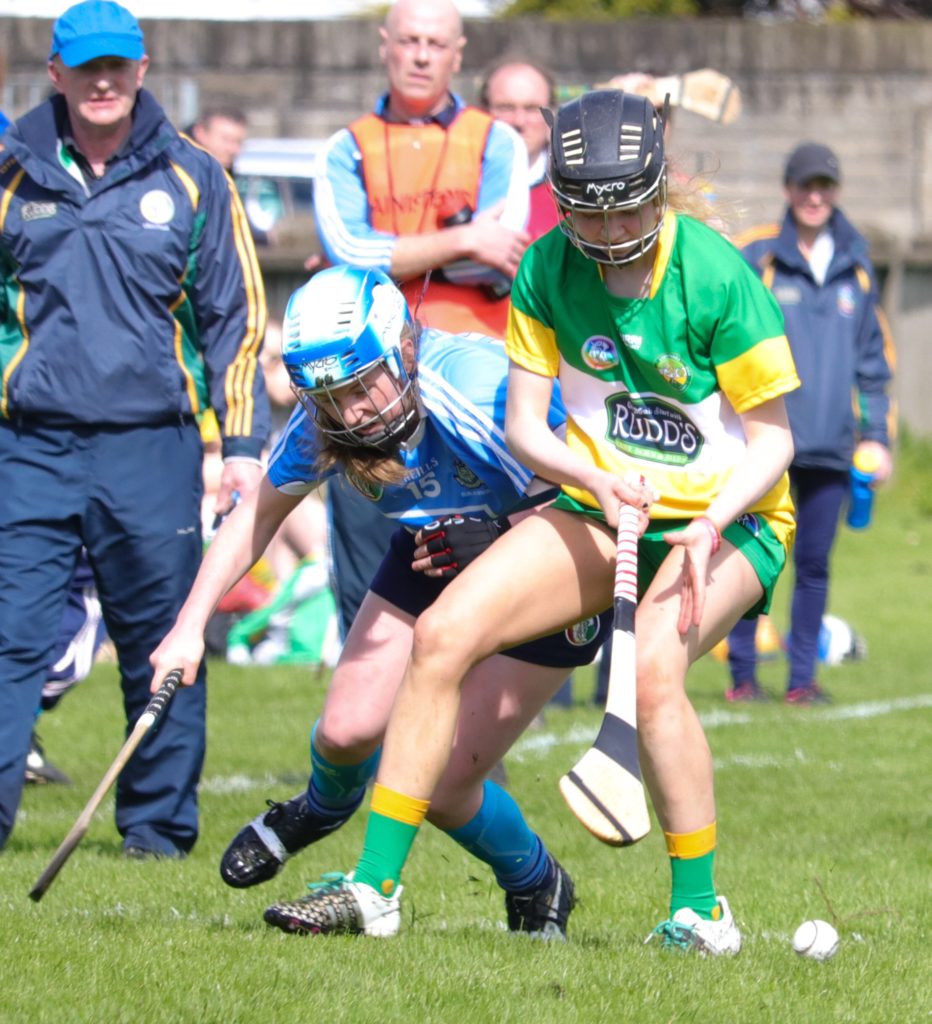 A blistering first half performance from Dublin’s Minor A Camogie team earned them victory over Offaly today in O’Toole Park and secured a place in the All Ireland semi-finals next weekend.

Dublin started on fire today and led by ten points inside the opening eight minutes. A brilliant goal from Alix Buckley in the opening minute of the game set the tone for the afternoon. 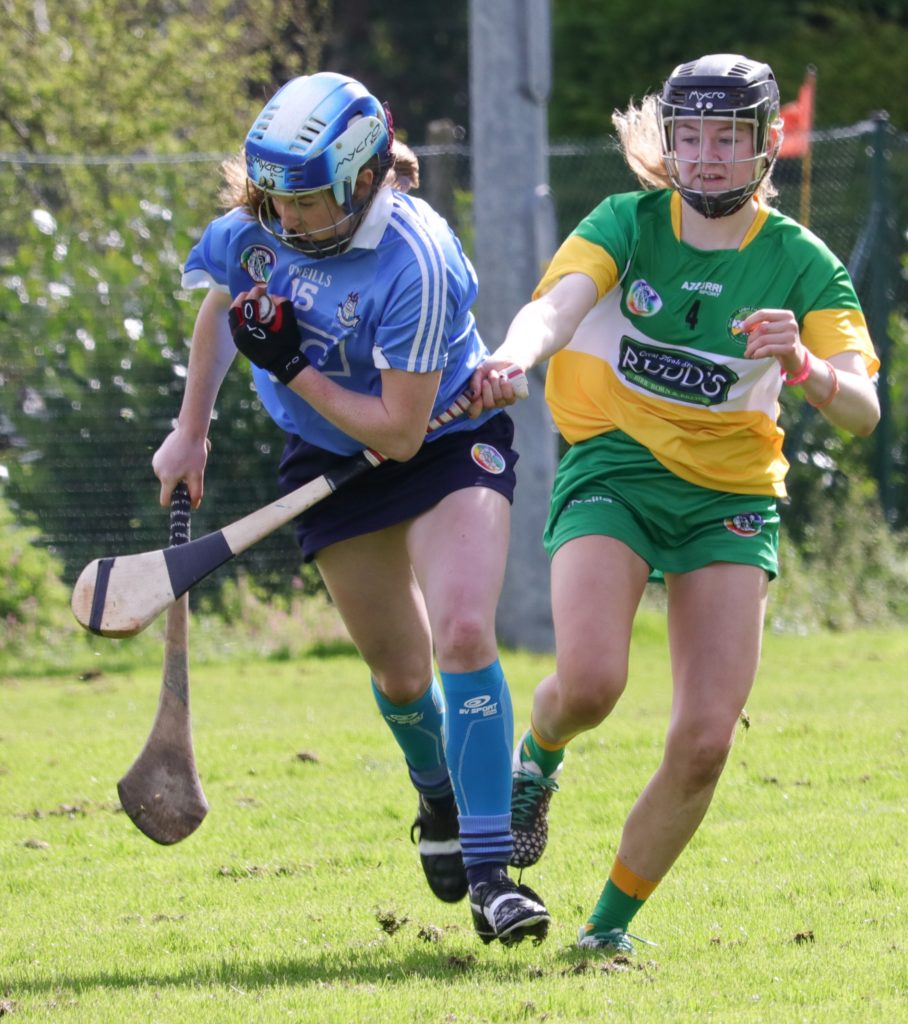 Offaly responded a minute later with a point from Sarah Harding but any notions of a comeback for the Faithful County quickly evaporated when Ciara Holland buried the ball to the back of the net for Dublin’s second goal of the game.

The girls in blue took complete control of the game dominating the midfield sector and the defence snuffed out any rare Offaly forays forward. 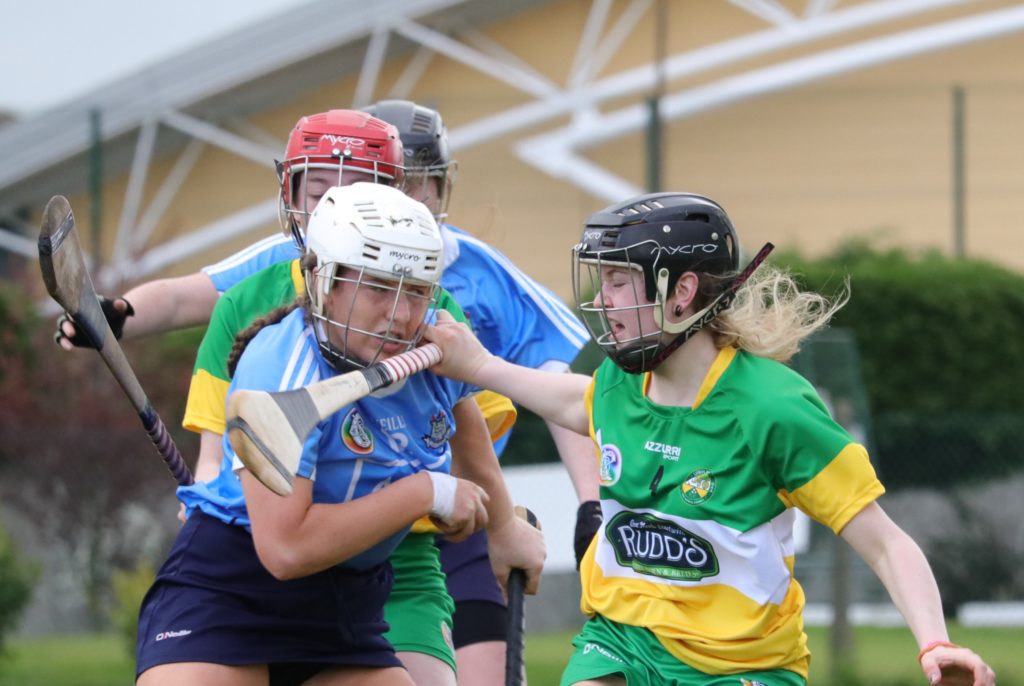 Midfielder Evelyn Twomey extended the lead with another well taken point as the score taking from all sectors of the Dublin team continued. With ten minutes to go to the break, the shell shocked Offaly side finally got the second point of the contest from their main scoring threat Sarah Harding. 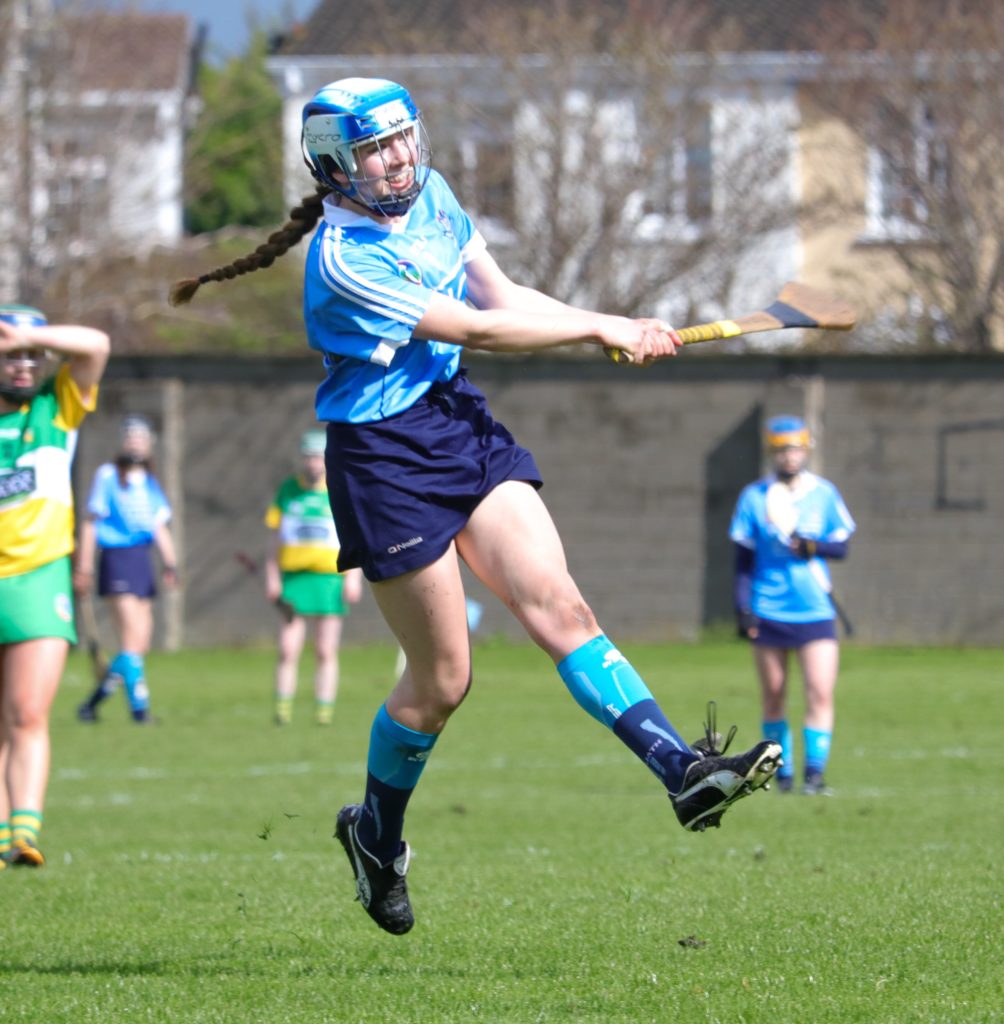 But another scoring blitz by Dublin between the 22nd and 26th minute of the half yielded another 1-04. Points from Chloe Mullen and Orla Gray from open play and two well struck frees from Ciara Holland and another long range effort from Niamh Rock were quickly followed by a stunning goal scored by Eimear O’Leary.

In fairness to Offaly they battled gamely throughout and had their best spell of the game just before the short whistle which earned them a return of 1-02. All the scores came from the hurl of Sarah Harding, two frees and a slip in the Dublin defence let he in on goal and she finished expertly to the net to leave the score at the break, 3-10 to 1-04 in Dublin’s favour. 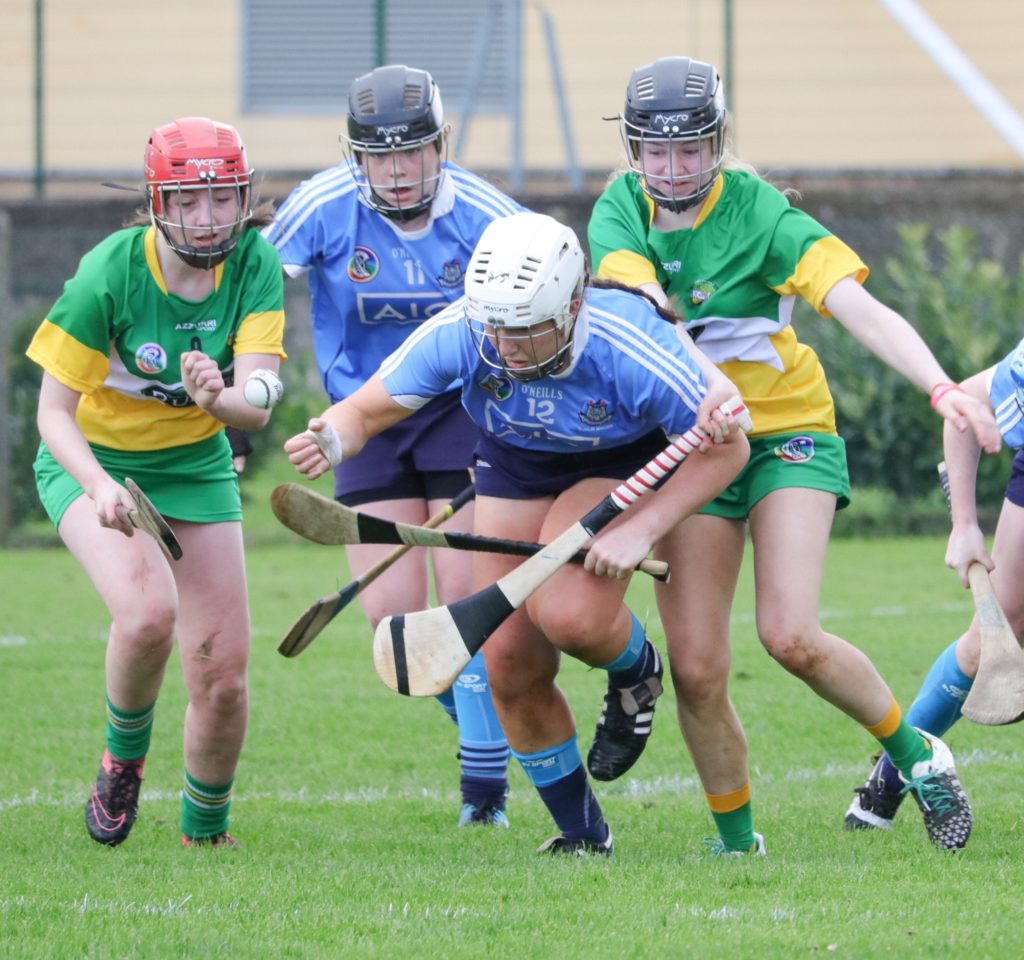 It was always going to be difficult for Dublin to maintain the high levels of the opening half in the second period, particularly playing into the wind and the worsening weather conditions and the second half was a losing scoring affair.

Robbie Lewis’s charges extended their lead in the 34th minute from a 45′ from Ciara Holland. Offaly enjoyed more possession after the break and Dara Hanamy hit a nice point to reduce the deficit, but their cause wasn’t helped when the normally reliable Sarah Harding hit three sides in a row, two from frees and the other from open play. 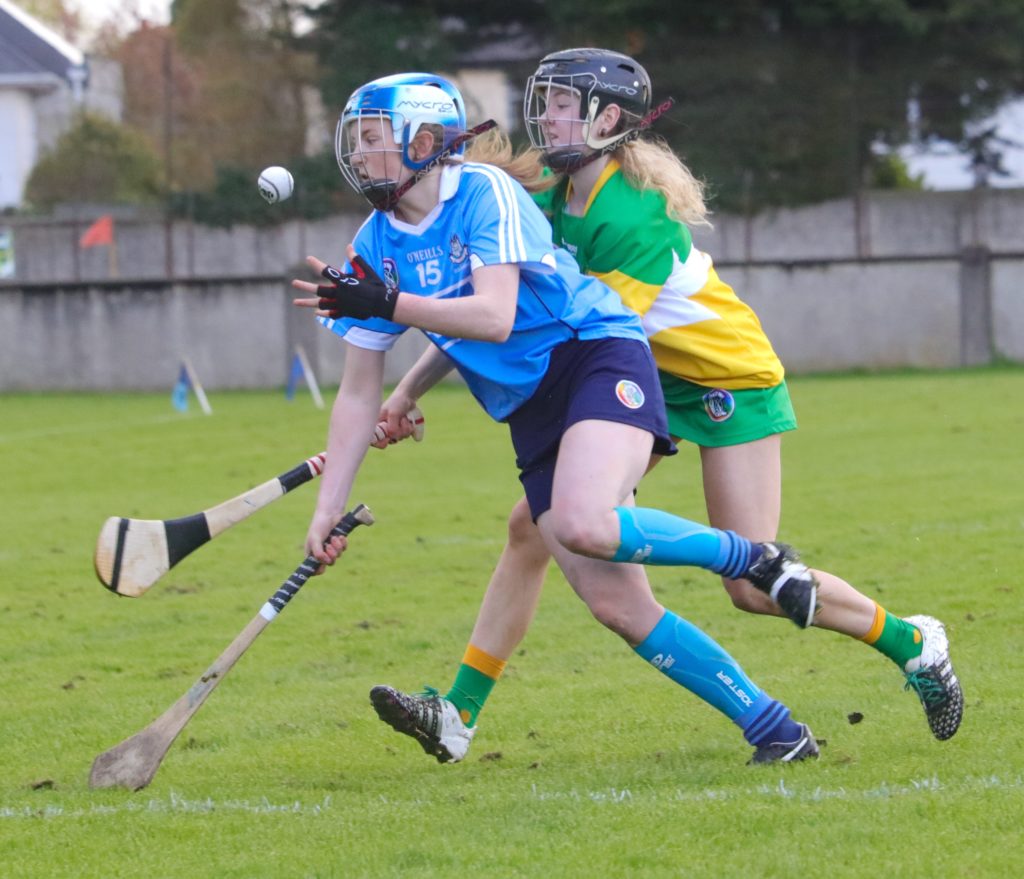 At the midway point of the half Offaly did get some reward for some good build up play and Louise Mannion was on hand to bury the ball to the net. But unfortunately that was to be their last score of the game and Dublin finished the game strongly hitting 1-04 before the final whistle.

The Sky Blues hit three excellent frees in a row two from Ciara Holland and the other from Niamh Rock. Then with three minutes to go Chloe Mullen cut inside from the right wing and bore down on goal, her initial effort was blocked, but she had the presence of mind in the ensuing scramble to get her boot to the ball and direct it to the back of the net. 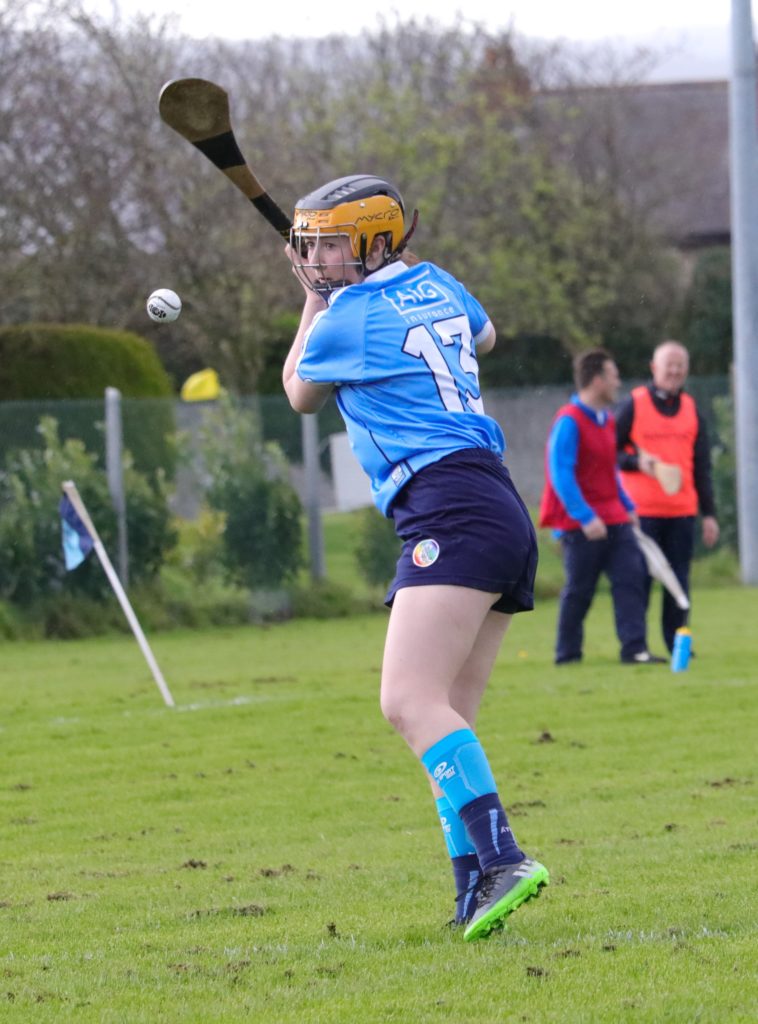 Seconds later it was left to Kerri Finnegan to hit the last score of the game with a well taken point and Dublin ran out deserving sixteen point winners.

They will now prepare for an All Ireland semi final meeting with Clare next Saturday with the venue and time to be confirmed during the week. 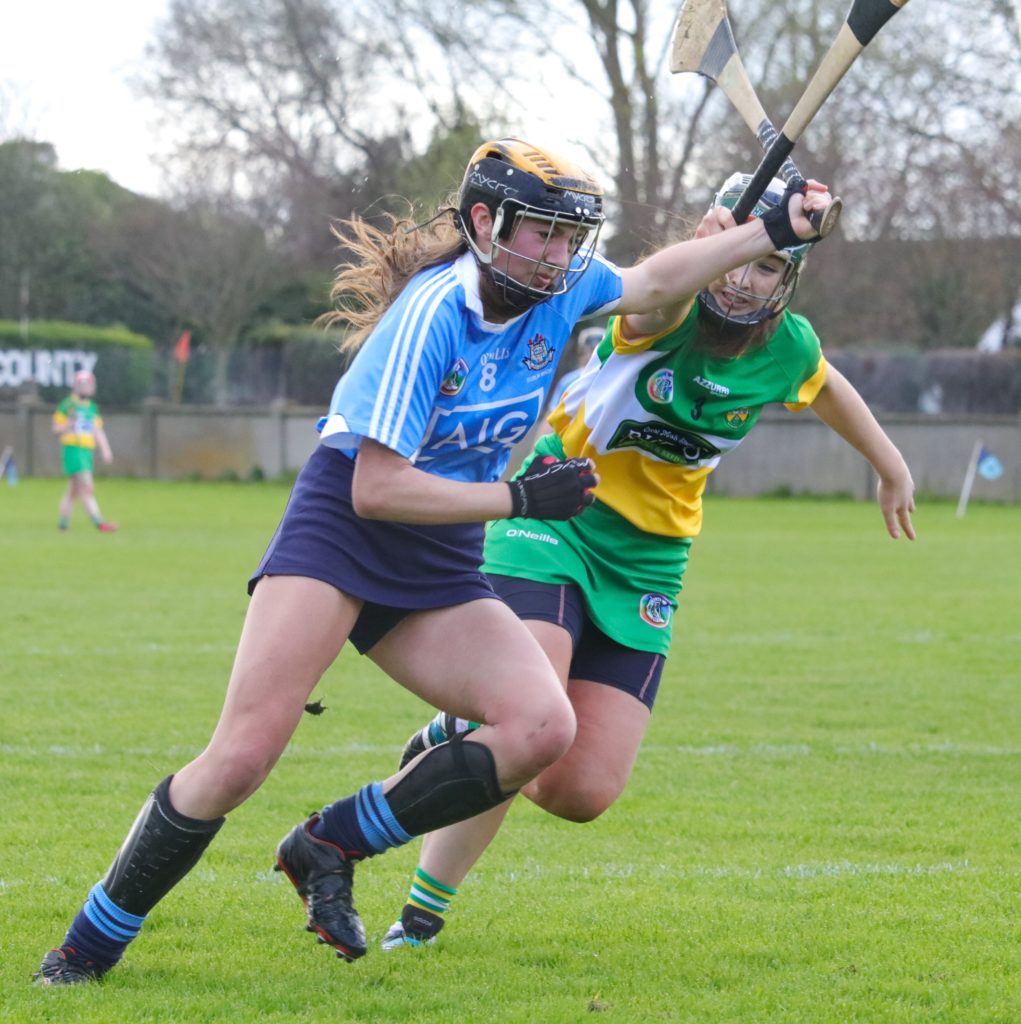 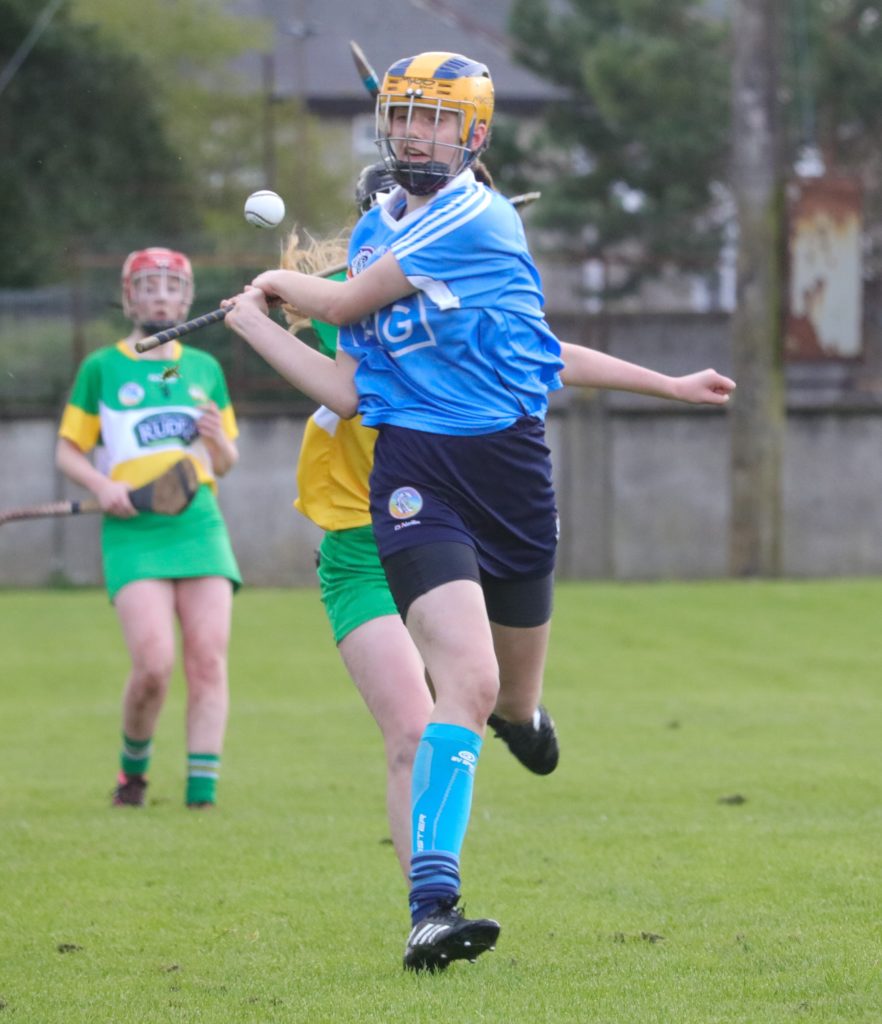 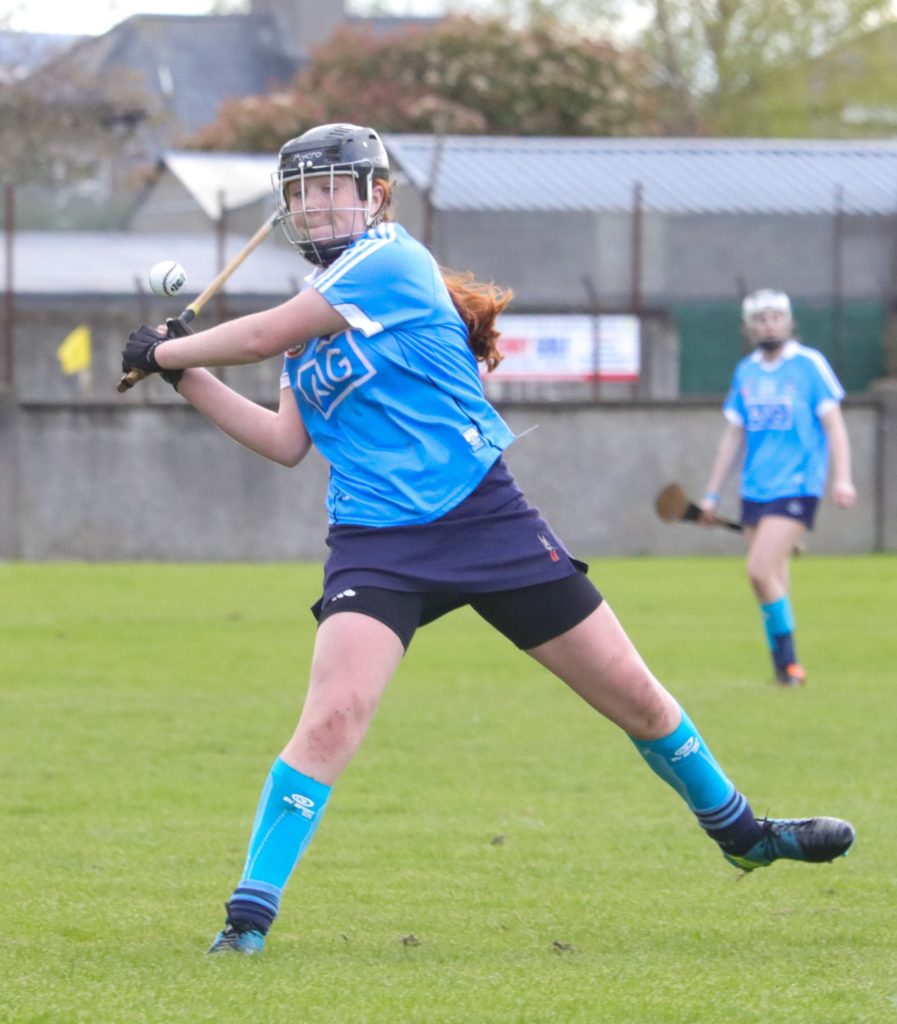 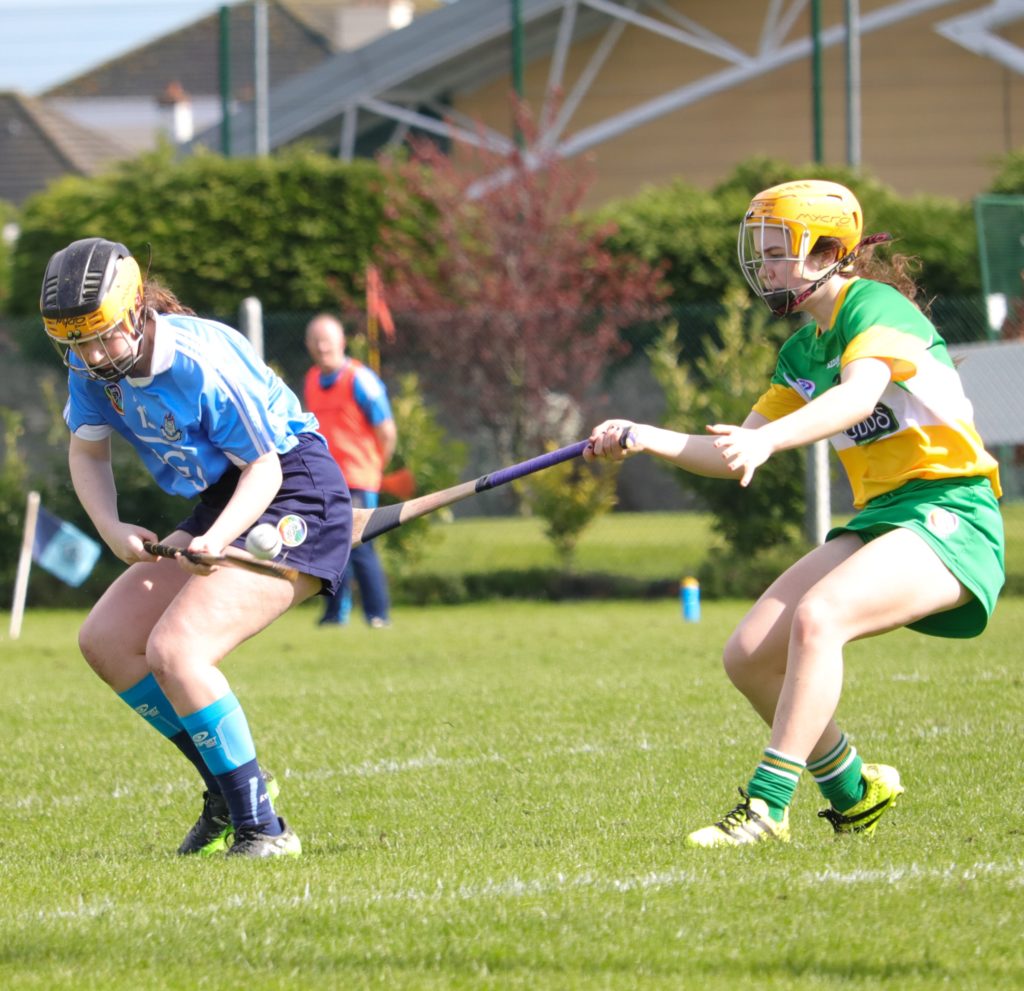