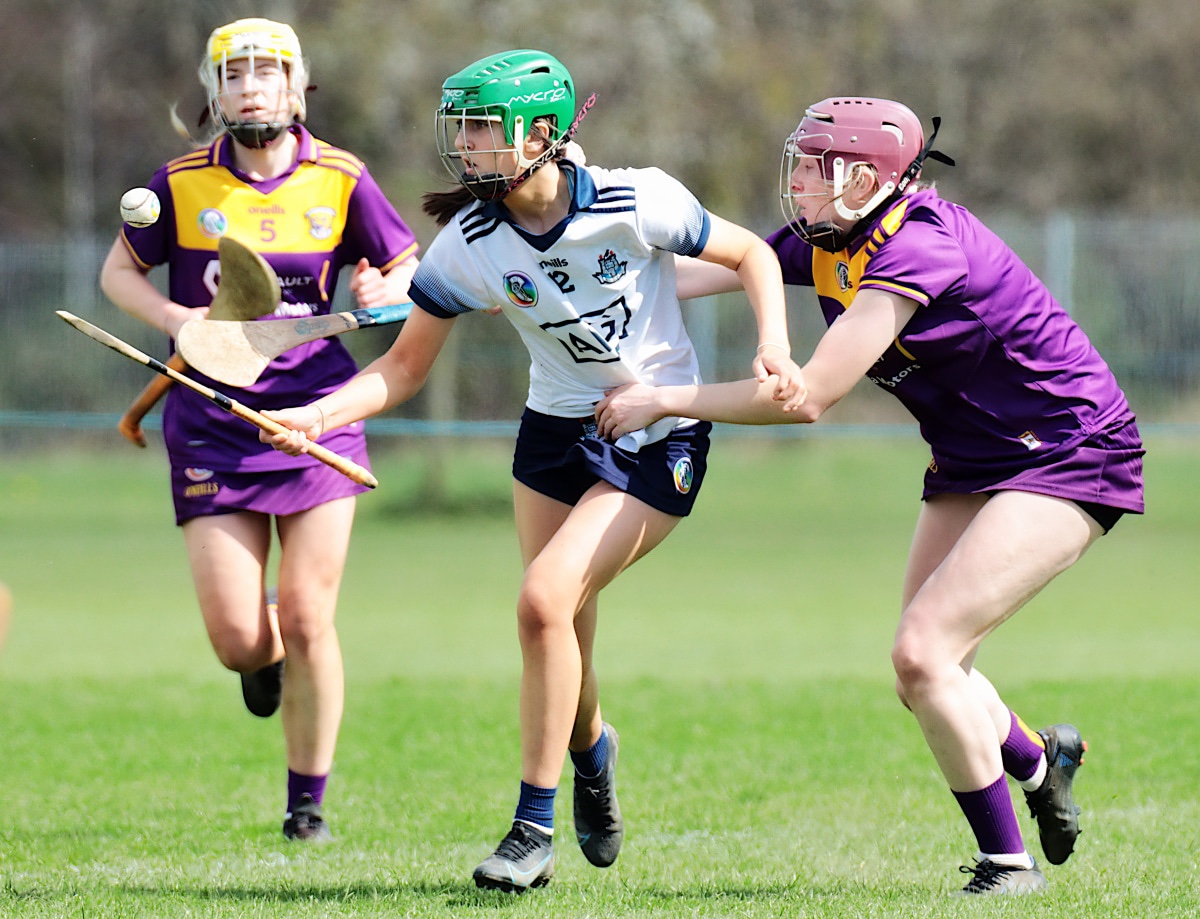 The Dublin minors booked their place in next weekends Leinster U18A Camogie Championship final with victory over Wexford this afternoon.

In what was a close battle that went right down to the final whistle, a second half goal by Leonie Power proved crucial in securing the win for the young Dubs.

The game started at a frantic pace with both sides missing early chances. dublin were first to get off the mark with a point from play from Ashling Nyhan in the eight minute.

Wexford equalised midway through a low scoring but absorbing first half, scored by Ciara Butler from a free. The side from the sunny southeast took the lead in the game in the 21st minute from another Butler free.

Dublin were level three minutes from the break courtesy of a fine point from Hannah Gibbs. A Zara Thorne shot was deflected for a 45’ a minute later which Leonie Power converted to give Dublin the slenderest of advantages.

In first half injury time a Ciara Butler converted free brought the sides level at the short whistle with the score 0-03 apiece.

Wexford started the second half brightly and pushed a point ahead inside the opening minute with yet another converted free from Ciara Butler.

That all changed in the 38th minute with what proved a crucial score, half-forward Leonie Power let rip with a shot at the Wexford goal, the keeper misjudged the ball and it flew into the back of the net to give Dublin a two point lead.

A fine point from play from Sarah Doyle and a Ciara Butler converted free brought the sides again as the action swept from one end of the pitch to the other.

But Dublin responded with a double of their own from play scored by Sinead Daly and Hannah Gibbs to restore the lead back to two points with ten minutes left in the game.

Dublin were thankful to their keeper Cliona Hewson who pulled off an excellent save from a Sarah Doyle shot for a 45’ which Wexford subsequently missed.

Doyle though was proving a handful and she scored an excellent effort from play and in the 59th minute brought the teams level again from a converted free and extra-time looked on.

But Dublin worked the ball downfield and the ball was worked into Sinead Daly who split the posts to give Dublin a one point lead which they held onto to claim the win and a place in the Leinster U18A championship final.