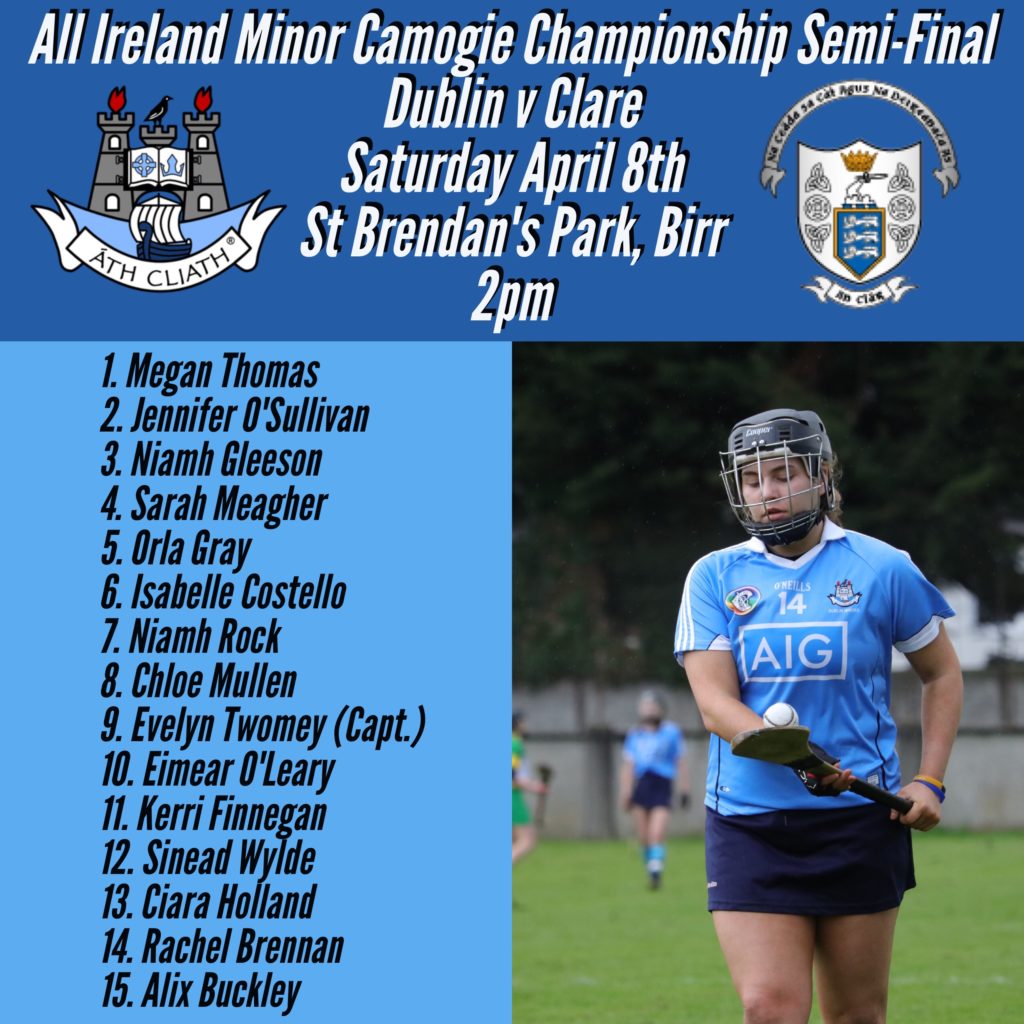 Dublin will be aiming to make it to their first All Ireland Minor A final since the age limit of the grade was changed from under-16 to under-18 in 2006 to bring camogie in line with all the other Gaelic Games codes.

Before 2006 and the age limit change Dublin did appear in two All Ireland Finals in what was then classed as the ‘minor’ grade, beating Galway by 5-02 to 2-03 in the 1982 decider and then the following year they were defeated by Cork by 3-03 to 2-03.

Dublin’s opponents Clare have appeared in three All Ireland Minor A finals in a row in 2008, 2009 and 2010 losing all three to Kilkenny twice and Galway and will hope after a seven year absence to return to the showpiece final.

Both sides head into tomorrow’s game with identical records from the their respective group games with three wins and one loss each. With two attack minded teams on show tomorrow afternoon the winning of the game may well come down to which defence can get on top.

Dublin blitzed Offaly in the opening ten minutes of their clash last week and a similar opening in the semi-final from the girls in blue and Clare will be in serious trouble. So all in all it promises to be an exciting game tomorrow and hopefully a big support travels down from the Capital to get behind the Dublin team.