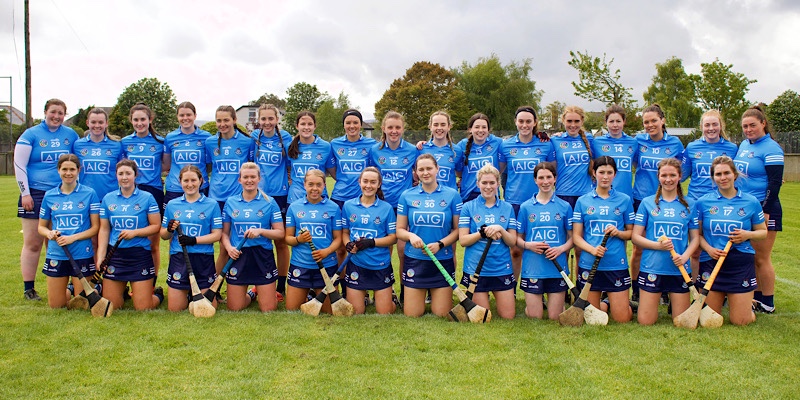 It’s been a sharp learning curve for what is a very young Dublin side with many of the squad making their adult debut over the last few weeks.

What they lack in experience they certainly make up for in enthusiasm and work-rate and find themselves somewhat unlucky to be facing the prospect of relegation.

The Sky Blues league campaign started at home with a tie against Westmeath. It turned out to be a highly entertaining and competitive contest and the result came down to two penalty decisions, one given and one not.

Westmeath were awarded one which was of the soft variety and then late in the game Dublin were denied what could be referred to a stonewaller and Westmeath claimed a 1-10 to 2-05 win.

Despite not getting the result there was plenty to admire about the Dublin performance and plenty of praise was directed towards the players.

Whether that praise went to some of the players heads only they can answer that but they came crashing back down to earth the following weekend.

A poor opening quarter against Kildare with Dublin conceding four goals inside the opening ten minutes ended any thoughts of claiming a league win.

The team performed better for the remainder of the game but the game ended 4-12 to 2-11 and that set up a must win game against Meath.

Dublin’s performance against Meath in round 3 couldn’t be faulted for application or work-rate but the young Dubs were left to rue a late penalty miss which would have brought the sides level and Meath tagged on a point in injury to claim a four point win with the final score 0-12 to 0-08 and Dublin were plunged into the Division 2 relegation semi final.

Tomorrow’s opponents Laois also suffered two defeats in group 3 of Division 2. Their opening game against Kilkenny ended 1-10 to 0-07 and that was followed by heavy defeat at the hands of Wexford who rattled the net seven times in a 7-19 to 1-09 win.

Whichever team wins tomorrow they will get a huge confidence lift heading into the playoff final and maybe the making of either side for the remainder of 2021.

Looking at the results of both sides to date it looks like it may be a close call, but if Dublin can get enough quality ball into the likes of Siobhan Kehoe, Ciara Holland, Niamh Comerford, Nicola Thorn, Aoibhe Dillon and Aoife Heffernan they have the ability to get the scores to claim the win.

We Are Dublin GAA Intermediate And Junior Camogie Championship Fixtures