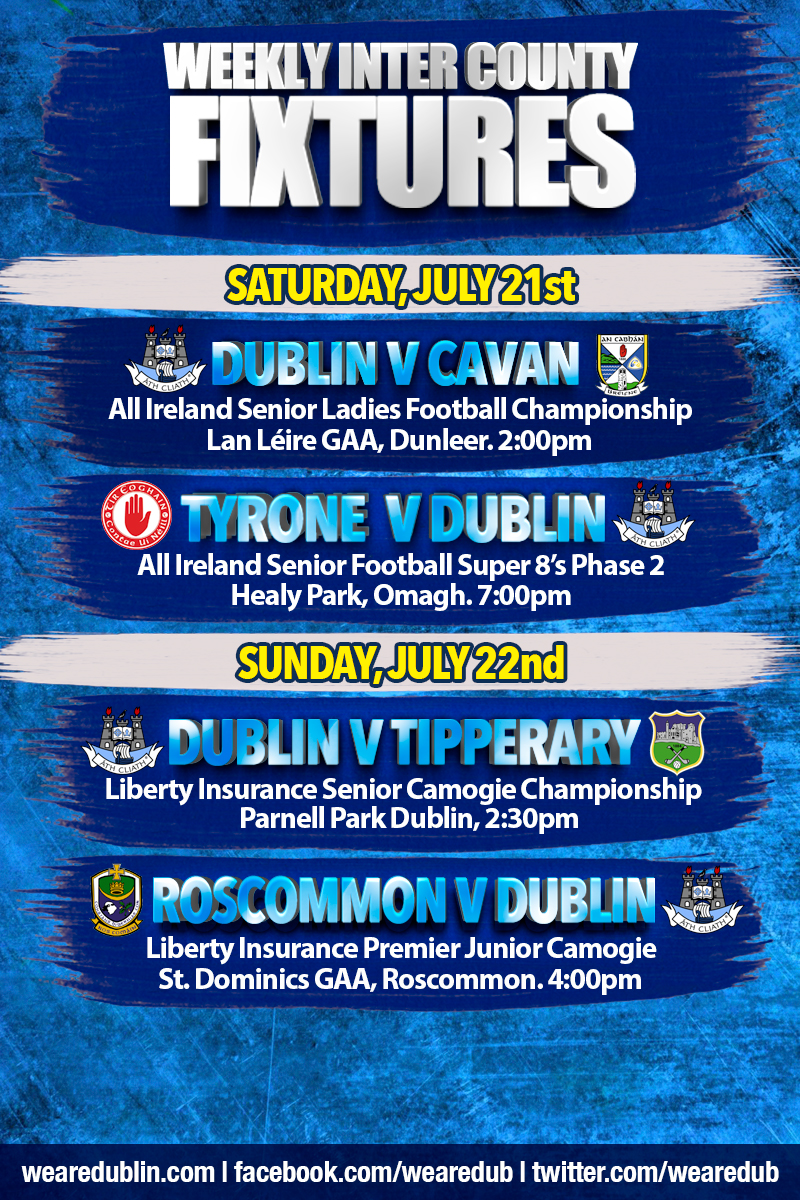 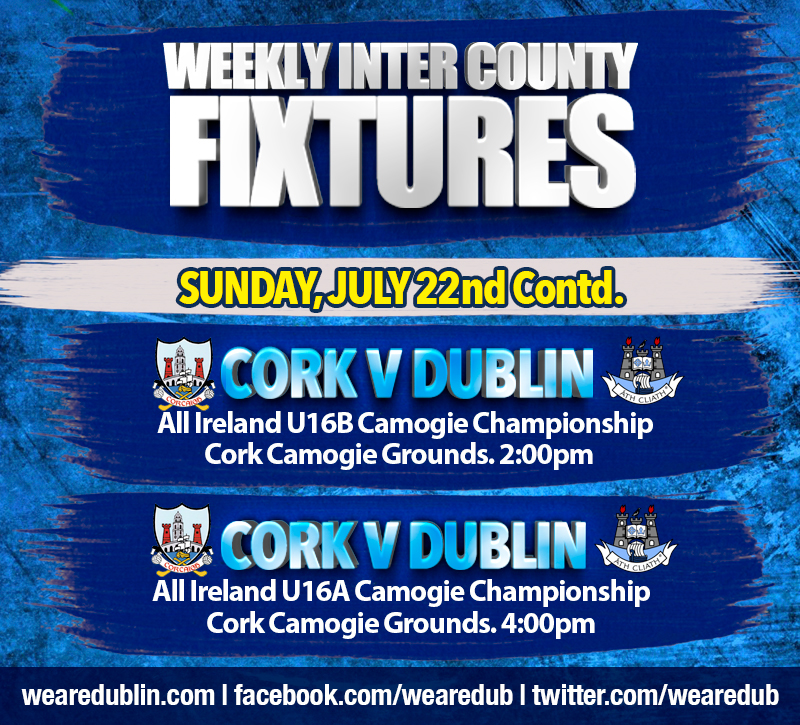 A tonne of Inter County Fixtures again this weekend. Plenty to take in.

This week’s Inter County Fixtures feature another Super 8 clash, the beginning of the Dublin Ladies Football defence of their All Ireland Championship, and a large helping of Camogie over both Saturday and Sunday.

So here’s what you need to know.

Replacing the original Quarter Final format, Mick Bohan’s Senior Ladies Football panel will play two games over the coming week in a group with Mayo and Cavan. First up for the girls in blue is a trip to Lan Leire GAA in Dunleer for a exciting tie against Cavan.

Dublin recently retained their Leinster Championship crown following a comfortable win over Westmeath in Carlow, adding the silverware to the Lidl Ireland National Football League title from earlier in the year.

They’ll face Cavan on Saturday, and then make the trip to Dr. Hyde Park in Roscommon a week later to face last year’s finalists Mayo in their second game.

Dublin’s Senior Footballers got off to a great start in the new Super 8 competition with a five point win over Donegal in Phase 1 this Sunday. And now they face a tricky challenge as they make the trip over the border to Healy Park to face old rivals Tyrone.

A win will secure Dublin an All Ireland Senior Football Semi Final spot, leaving their game against Roscommon on the Bank Holiday weekend to decide where they’ll finish in Group 2, but Tyrone won’t make anything easy and will see home advantage as a serious positive following their opening phase win over Roscommon.

It’s the final round for David Herity’s Senior panel and they’ve put themselves in a really good position following their win over Wexford at the weekend. They’ll welcome Tipperary to Parnell Park and should they win, and Cork beat Offaly, it will put the girls in blue into second position in the group table behind the rebel county and send them straight into the Semi Finals of the Championship.

But all is not lost should they be unsuccessful as they may still get to the knockout stages on a longer route.

The Parnell Park throw in time on Sunday is 2:30pm

Shane Plowman’s Premier Junior outfit got their Championship off to a fantastic start with 0-22 to 1-08 victory over Armagh on Saturday, and will travel to Roscommon for their second group game. If Dublin can make it two for two, they’ll be heading for the knockout stages of the competition and hopefully another All Ireland Final appearance.

The game takes place in St. Dominic’s GAA in Knockcroghery at 4:00pm on Sunday.

Both Dublin’s U16 Camogie Panels got their All Ireland Campaigns off to flying start with wins over Clare just over a week ago. The A panel win on a score of 1-14 to 1-07, while the B team were 2-09 to 2-06 winners over the Banner County.

Another double header takes place on Sunday as both sides will travel south to face Cork. Both Cork sides got wins over Kilkenny in Round 1 and will have home advantage against the girls in blue this weekend.

The U16B game throws in at 2:00pm while the U16A game will start at 4:00pm. Both games will be hosted at the Cork Camogie Grounds

And that’s the lot. six games in total, two Saturday and four on Sunday. Plenty of miles to cover but plenty of entertainment to take in.