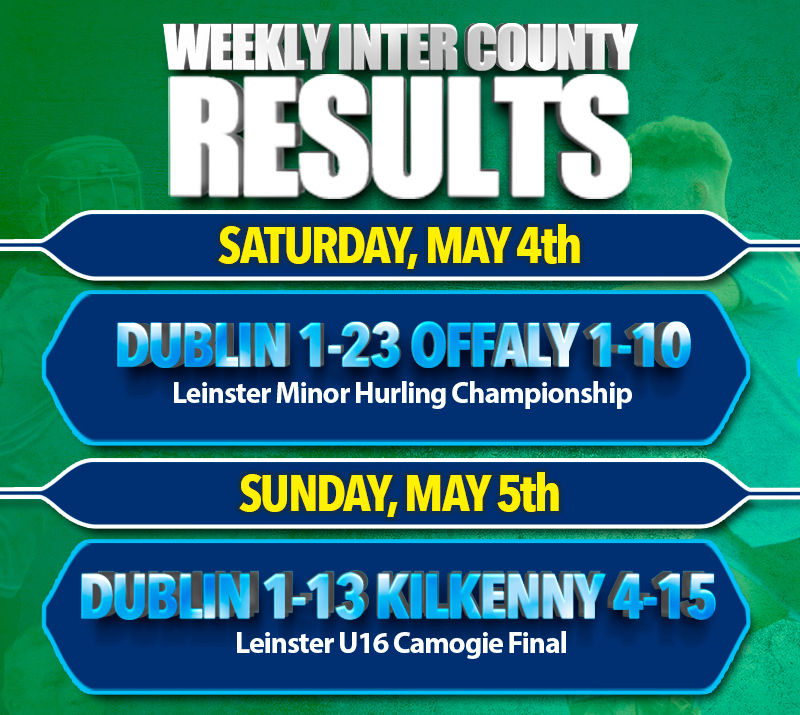 Dublin quickly put their defeat to Kilkenny behind them in style. They ran out victorious over Offaly in Parnell Park on Saturday afternoon.

Luke Swan was on target again for the boys in blue scoring their only goal in the second half. Dara Purcell, a late inclusion in the team, was on fire scoring 0-05. Elsewhere the dead ball skills of Charlie Keher and Ben McSweeney saw Dublin push their lead out to thirteen points. And that puts themselves in a great position before facing Wexford in the final round.

If we were to give a player of the match award out it would have to be Dara Purcell. Named as the only change in the starting 15, Purcell was a dominant force throughout the game. The Kilmacud Crokes man gifted some exceptional scoring under pressure.

It really wasn’t Dublin’s day yesterday as Kilkenny outperformed Jonny Jackson’s side to win an entertaining final by 11 points and were crowned Leinster U16A Camogie champions.

Kilkenny’s ability to score goals at vital stages of each half and the fact Dublin played a couple of levels below their best were the key factors to the result of the game. Aisling Gannon took a well earned goal late in the game to put a little bit of gloss on the scoreline, but ultimately the girls were too far adrift of Kilkenny to mount any sort of comeback.

We’ve certainly witnessed these girls play at a much higher level and will still look forward to their All Ireland journey which will kick off at the beginning of July.

In that Round Robin competition, Dublin will face Wexford, Clare and Galway over three games in the hope of advancing to the knockout stages.

Ladies Associations Need To Work Closer Together To Avoid Fixture...