Three games packed into one day this weekend for the Dublin Weekly Inter County Fixtures in Hurling, Camogie and Ladies Football 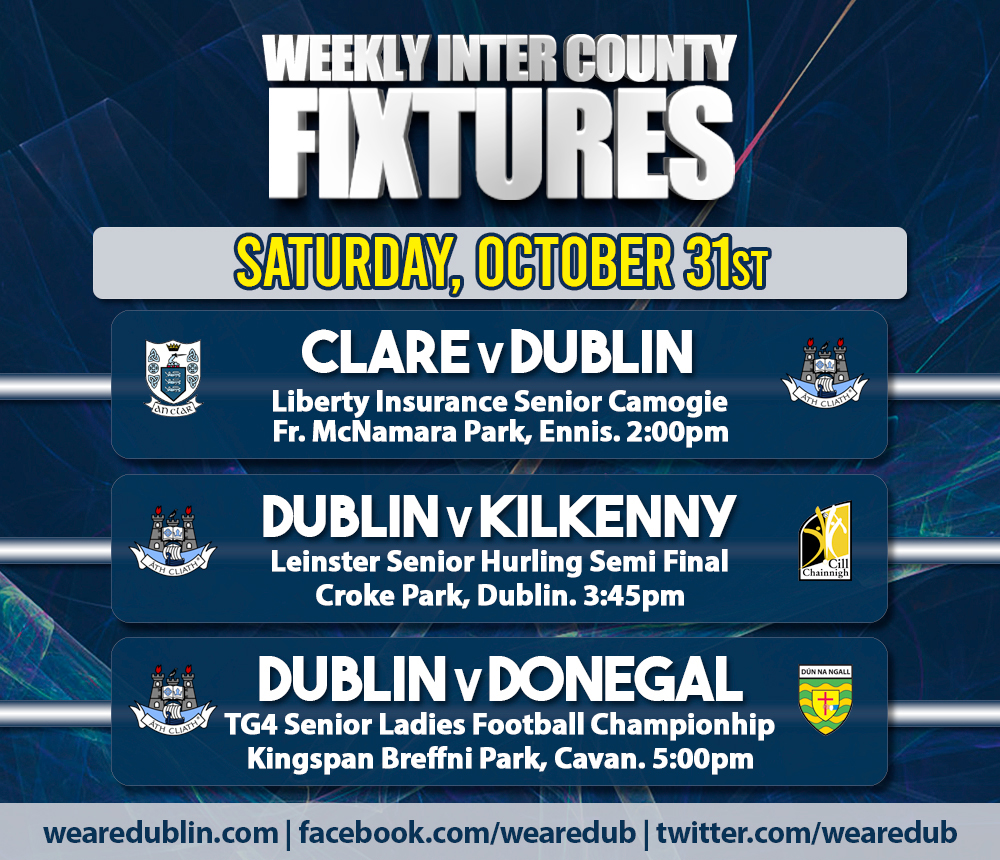 We’re literally making the best of what we have during all these restrictions. But on the positive side we’ve three great games this Saturday to look forward to in Senior Inter County Fixtures. A huge game for the Senior Hurlers in Leinster, Dublin’s Camogie Panel have the chance to advance in their All Ireland competition, and Dublin’s Ladies Football panel start their All Ireland campaign with a road trip up North.

We saw massive promise from Dublin’s Senior Camogie panel at the weekend. No, the result against Tipperary didn’t go their way, but the way the team played was very upbeat with a huge amount of potential.

Dublin have only 2 round games to contend in teh hope of qualifying for the knockouts of the All Ireland competition. And with a defeat already suffered, it’s all to play for as the panel head for Ennis on Saturday. Clare have already suffered defeat to Tipp, who secured their slot in the latter stages of the competition. But on paper Dublin can certainly come away from Ennis with a victory. And we believe they can.

Saturday’s win over Laois will be put aside. All focus will be on a collosal clash with a Kilkenny side who are hardened professionals when it comes to the Championship. But the skill and fitness Dublin displayed in the weekend’s Quarter Final will bouy the side heading into this game. With nothing to lose you’d have to expect Mattie Kenny’s side to play with abandon and put it up to Kilkenny in Croke Park.

Dublin put in a superb shift over Laois, who sent them out of last year’s All Ireland Championship at the first hurdle. Donal Burke lead his side to a scoring masterclass against the men from the O’Moore County. The stakes may be a lot higher this weekend but it’s not beyond Dublin to bring their A game.

Could we be looking at a fourth consecutive All Ireland title for Mick Bohan’s Dublin panel? It’s not beyond the realms of possibility, but they’ll need their wits about them, with a virtual target on their backs.

Donegal will pose stiff opposition for the All Ireland Champions. And Dublin will need to go fend off Waterford after this to advance in the competition. The key battles will be against the likes of last year’s finalists Galway, and of course Mayo and Cork who will also be looking to stake their claim on the Brendan Martin Cup. It’s a much adjusted and scaled down competition, but the prize remains the same.

Stay tuned this week, we’ll have more build up to these games, and we’ll bring you all the action from the games.